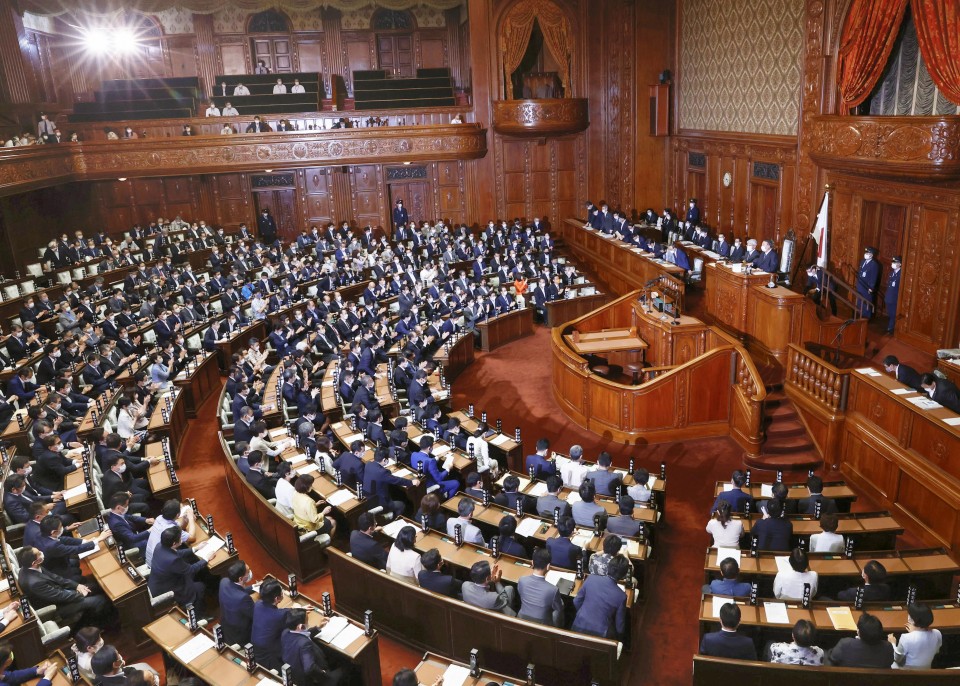 Japan's ruling coalition votes down a no-confidence motion against Prime Minister Yoshihide Suga's Cabinet during a House of Representatives plenary session in Tokyo on June 15, 2021. Four opposition parties submitted the motion earlier in the day, criticizing the government's COVID-19 response and plans to push ahead with the Tokyo Olympics. (Kyodo) ==Kyodo

Japan to vaccinate people aged under 64 at state centers from Thurs.

TOKYO - Japan's state-run mass coronavirus vaccination centers will start inoculating people aged between 18 and 64 on Thursday in an expanded drive to fill in vacant slots, the ministry in charge of operations said Tuesday.

TOKYO - Japan's ruling coalition voted down a no-confidence motion against Prime Minister Yoshihide Suga's Cabinet in the House of Representatives on Tuesday, deflecting criticism over the government's COVID-19 response and plans to push ahead with the Tokyo Olympics.

Four opposition parties submitted the motion after the Liberal Democratic Party and its junior coalition partner Komeito rejected their demand to extend the current parliamentary session beyond its scheduled end on Wednesday.

SEOUL - South Korea's military and maritime police began a joint defense exercise on Tuesday around a group of islets in the Sea of Japan, local media reported, with Japan protesting the move around the outcroppings it claims.

Tokyo is also mulling donating amounts of COVID-19 vaccine to Indonesia, Malaysia, the Philippines and Thailand in July, Motegi said in a press conference on Tuesday.

SEOUL - South Korean President Moon Jae In intended to convey to Japan's leader his plan to attend the opening ceremony of the Tokyo Olympics next month but could not do so because talks between them did not happen on the fringes of the Group of Seven summit in Britain, a local newspaper reported Tuesday.

TOKYO - A series of system failures that hit Japanese megabank Mizuho Bank earlier this year, including many of its automated teller machines, were due to poor operation and management rather than system defects, a third-party panel concluded Tuesday.

The panel consisting of lawyers and system management experts said in a report that human errors such as in the placement of technology-related staff and the company culture of hesitating to speak up during contingencies to avoid liability issues caused the problem.

BRUSSELS - Leaders of the North Atlantic Treaty Organization on Monday warned that China's military ambitions pose "systemic challenges" to their alliance and agreed to enhance ties with Japan and other Asia-Pacific nations to back the rules-based international order.