In an online speech to the parliament's Subcommittee on Security and Defence, Kishi said, "We strongly hope that a strong message will be included (in an EU strategy) to secure the EU and its member states' unwavering commitment to the Indo-Pacific region." 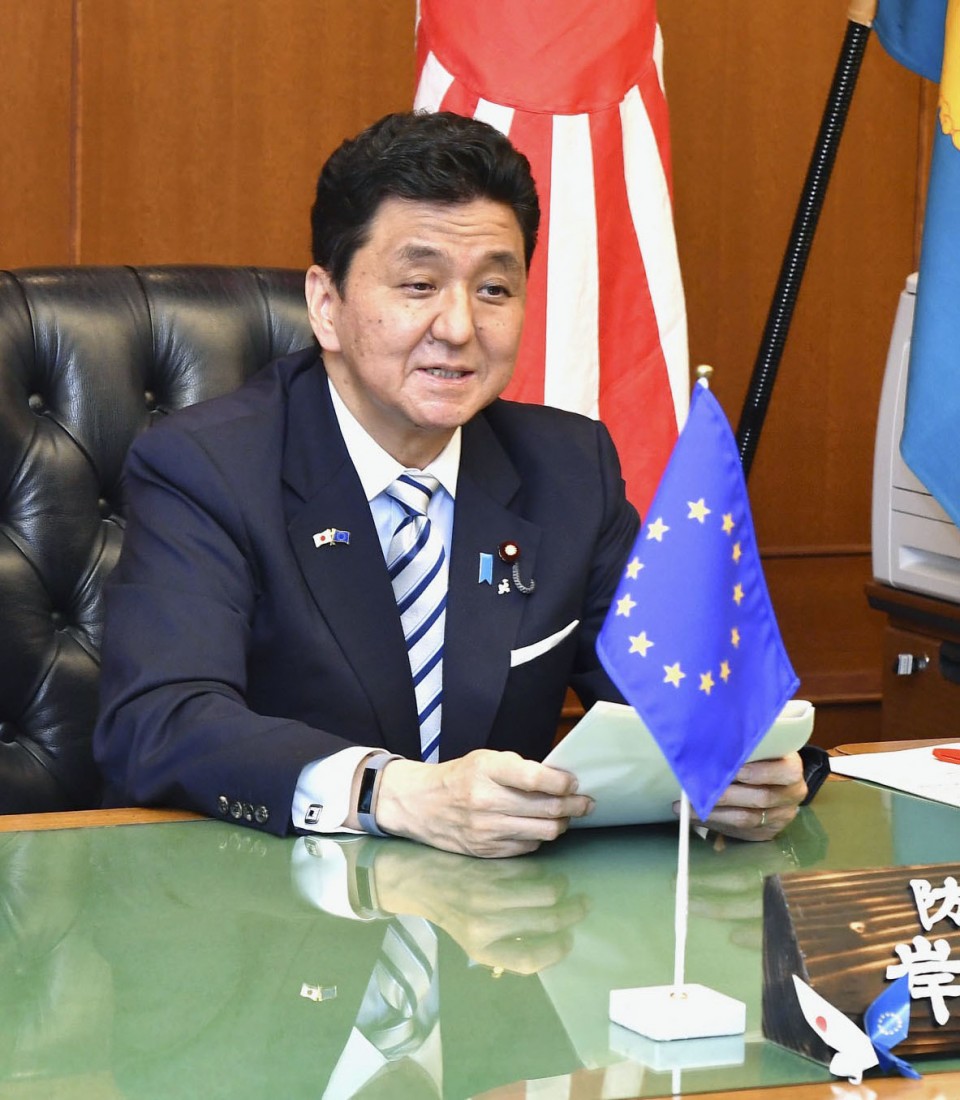 The remarks by Kishi, the first Japanese defense minister to speak to the subcommittee, suggest Tokyo's wish to have its view reflected in the detailed strategy on the Indo-Pacific that the European Union plans to draw up by September, according to the Defense Ministry.

In April, the EU adopted a document on the planned strategy, in which the 27-member bloc pledged to play a more active role in promoting democracy, human rights, the rule of law and respect for international law in the Indo-Pacific region.

In the speech, Kishi noted Japan has opposed China's unilateral attempts to change the status quo by force in the East and South China seas, where Beijing is engaged in territorial disputes with its neighbors, including Tokyo.

The Japanese defense minister also said the security of the South China Sea is vital to European countries as well because a third of world trade and around 40 percent of European countries' external trade pass through the waters.

Kishi criticized a Chinese law implemented in February that allows China's coast guard to use weapons against foreign vessels viewed by Beijing as illegally entering its waters.

With China increasing its military pressure on Taiwan, Kishi said Japan expects a "peaceful resolution of cross-strait issues" through dialogue. China regards the democratic island as a renegade province to be reunited with the mainland by force if necessary.

Answering questions regarding China and Russia, Kishi said it is crucial that Japan, the United States and the bloc "work together to monitor developments" and deal with any concerns in a coordinated manner, expressing hope to promote joint military training with EU members.

Among EU member states, France, Germany and the Netherlands have already adopted their own Indo-Pacific policies. Outside the bloc, Britain also said in its March defense and foreign policy review that it will be "deeply engaged" in the region.

Britain's aircraft carrier Queen Elizabeth and its strike group, joined by a Dutch frigate, last month embarked on a seven-month voyage to the Indo-Pacific region. Germany has said it plans to send a frigate to the area.

Japan's Self Defense Forces held a large-scale joint exercise with the United States, France and Australia last month. It was the first exercise involving French troops on Japanese soil.

Japan is seeking to deepen security ties with like-minded countries that share democratic values, in addition to its alliance with the United States.