The Indian Olympic Association sent a letter to the Tokyo Olympics organizing committee complaining stricter coronavirus restrictions against its athletes and those from other countries aimed at stemming the spread of highly contagious variants are "unfair and discriminatory," according to local media.

The Indian Olympic body said that given Indian athletes will be fully vaccinated and take PCR tests every day for a week ahead of their departure for Tokyo, being barred from interacting with anyone from other countries for three days upon their arrival would be "highly unfair," according to the Press Trust of India. 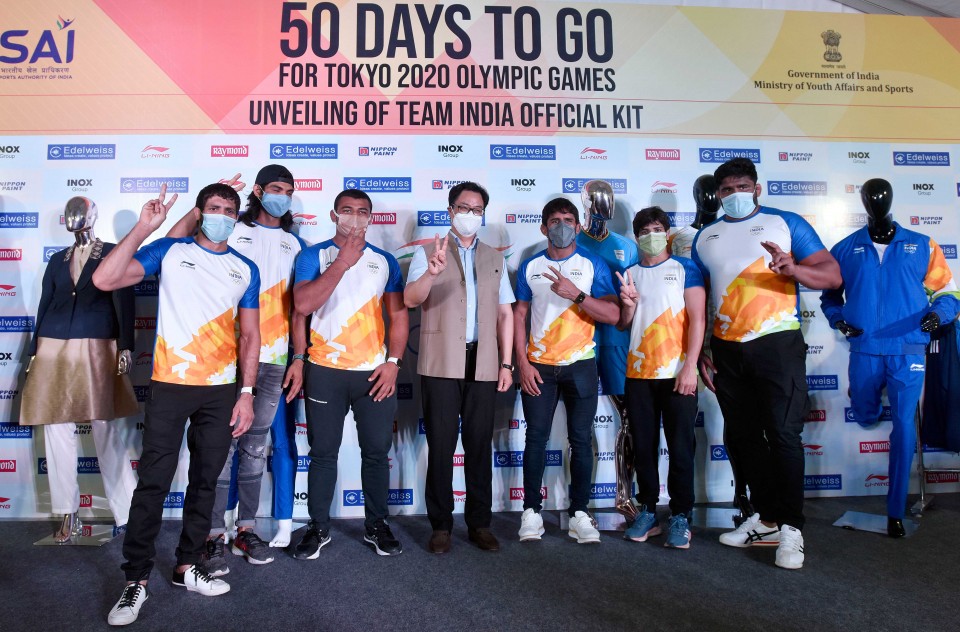 India's Sports Minister Kiren Rijiju and Olympic players and officials are pictured during the launch of the Team India kit for the Tokyo Olympics on June 3, 2021 in New Delhi, India. (Hindustan Times/Getty/Kyodo)

"Athletes are allowed to arrive in the games village only five days before their event. Now three days will be wasted, this is the time the athletes need to be moving towards their mode to peak. Highly unfair for Indian athletes," association President Narinder Batra and Secretary General Rajeev Mehta were quoted as saying in a joint statement.

Local media said an Indian hockey team may miss a planned practice match due to the restrictions.

The Tokyo Games organizing committee said in a reply to the Indian sports body that it is "working to define how athletes of your NOC as well from other 10 countries and all other 195 NOCs can stay safe in the villages and have training," according to a PTI report Sunday. NOC refers to National Olympic Committee.

The organizing committee was also quoted as saying it hopes to provide more information on restrictions and to discuss the situation as soon as "we develop it."

Japan has tightened its border controls against travelers who have recently been to countries affected by highly contagious coronavirus variants, such as the Delta variant, first detected in India.

As part of the efforts, the organizing committee will not allow athletes from India and other designated countries to hold practice matches or joint practice sessions with those from other countries for three days after their arrival.