The Japanese government decided Thursday to lift the COVID-19 quasi-state of emergency in three prefectures after this weekend, having deemed infections are steadily declining and the strain on hospitals has eased.

Restrictions in Gunma, Ishikawa and Kumamoto including a ban on restaurants serving alcohol will be lifted at the end of Sunday as scheduled. 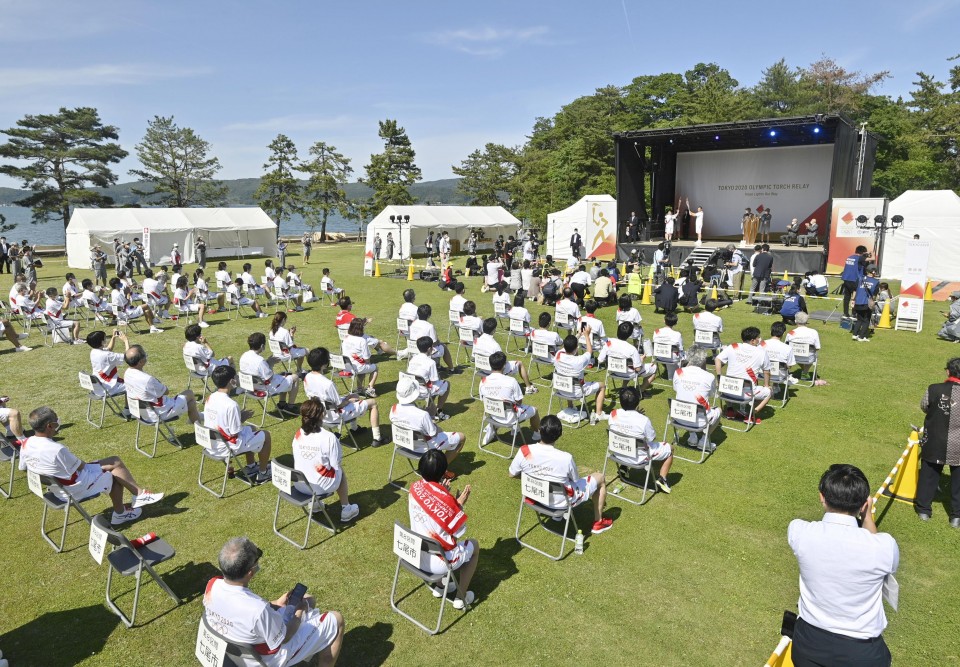 A Tokyo Olympic torch relay event takes place in the Ishikawa Prefecture city of Nanao on June 1, 2021, with the torch relay on public roads having been canceled in the central Japan prefecture due to the coronavirus pandemic. (Kyodo) ==Kyodo

The government will wait for next week to make a similar call on five other prefectures that are under the quasi-state of emergency -- Saitama, Chiba, Kanagawa, Gifu and Mie -- as well as 10 prefectures including Tokyo and Osaka under a full-fledged emergency, all until June 20.

"First and foremost is preventing the coronavirus from spreading," Prime Minister Yoshihide Suga told reporters before heading to Britain for a Group of Seven summit. "Then we will look at infection numbers and the situation with hospital beds and make a decision while consulting with experts." 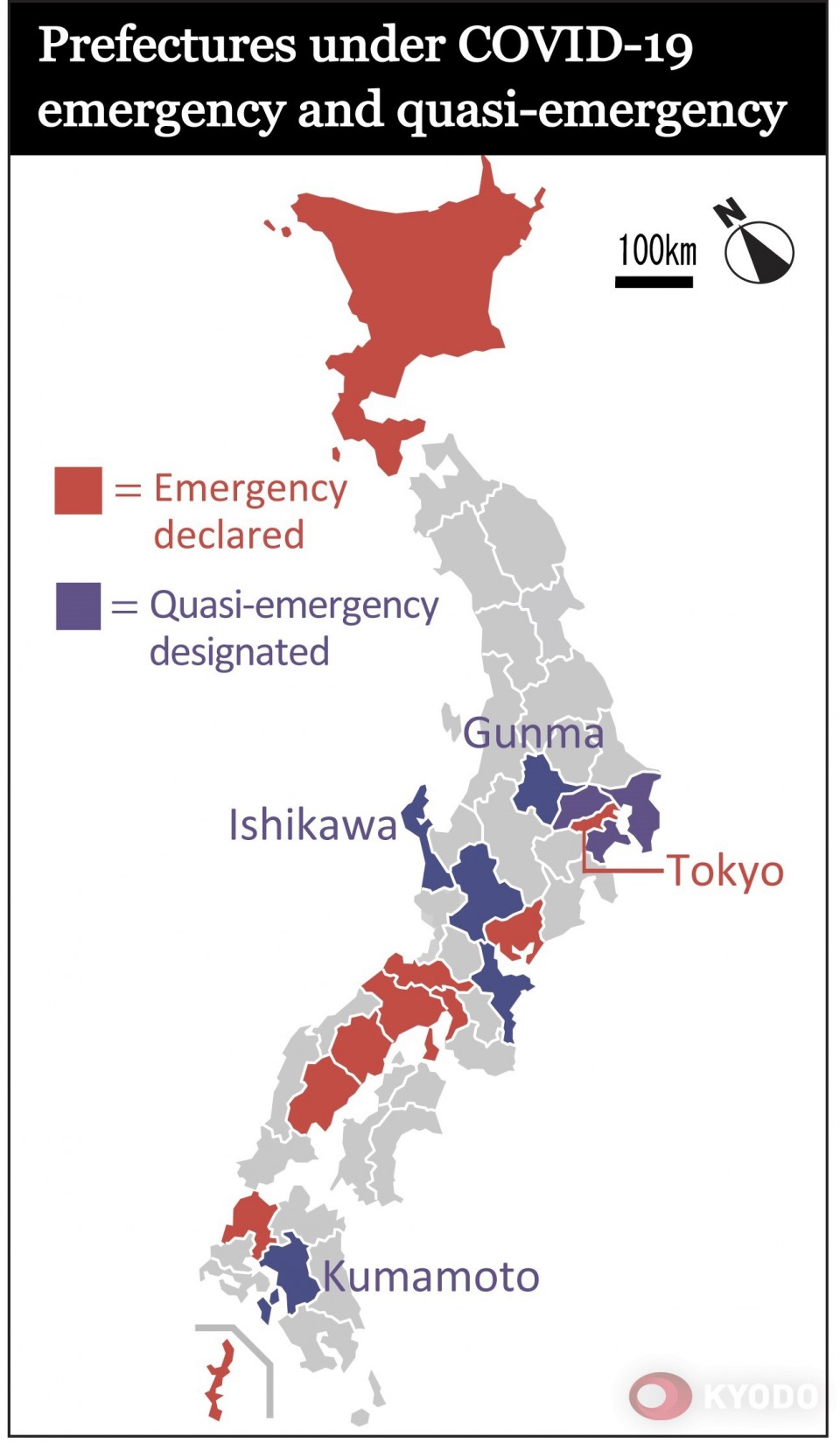 Since May 16, Gunma, Ishikawa and Kumamoto have been under the quasi-state of emergency, which entails similar restrictions to a full-fledged state of emergency but with smaller fines for noncompliance.

Infections across Japan have been declining, with the nationwide tally of new coronavirus cases at 2,046 on Thursday, down from 6,000-7,000 daily in early May.

Tokyo reported 439 new infections on Thursday, bringing its seven-day rolling average to 391.7, the first time it has fallen below 400 in more than two months.

"We will continue to monitor the infection situation and the strain on the medical system, placing top priority on protecting the lives and health of the people," Chief Cabinet Secretary Katsunobu Kato said at a press conference.

Suga, meanwhile, is rushing to ramp up Japan's vaccine rollout with the Tokyo Olympics kicking off in a little over a month and a general election taking place by the fall.

Still, just 4 percent of the country's population of 126 million has been fully vaccinated against COVID-19, far lower than other industrialized nations such as Britain and the United States.