Japan's lower house adopted a resolution Tuesday condemning the Feb. 1 coup staged by the Myanmar military and urging the Southeast Asian country to return to democracy.

The move reflects Japan's intention to show its opposition to the Myanmar junta ahead of a three-day summit meeting of the Group of Seven industrialized nations slated to begin Friday in Britain. 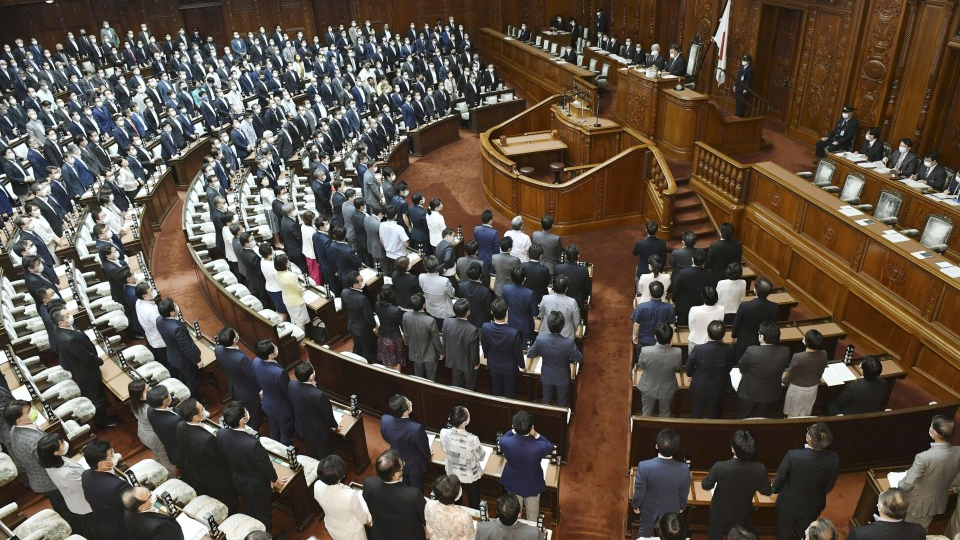 Japan's House of Representatives adopts a resolution blasting the Myanmar military for its Feb. 1 coup and calling for the country's early return to democracy during a plenary session in Tokyo on June 8, 2021. (Kyodo) ==Kyodo

The resolution, adopted in a House of Representatives plenary session, described the military coup as an "act to trample on efforts and expectations for democratization" and called on the Japanese government to "make full use of all diplomatic resources and every effort to realize" the restoration of democracy in Myanmar.

It said the military junta "cannot be justified at all" and expressed "solidarity with the people of Myanmar," in reference to peaceful protesters.

The lower house also demanded an immediate halt of the junta's violence against civilians and the early release of political detainees including civilian leader Aung San Suu Kyi.

A similar resolution is expected to be adopted Friday during a plenary session of the House of Councillors, the upper chamber of Japan's parliament.

The Japanese government's top spokesman on Tuesday also condemned the coup and subsequent crackdown on protests, saying Tokyo would have no choice but to review its existing development aid toward Myanmar and that investment by Japanese firms could suffer if the situation does not improve.

"We will decide our economic cooperation going forward based on how Myanmar addresses these issues," Chief Cabinet Secretary Katsunobu Kato said at a press conference. Japan has put on hold new official development assistance for the Southeastern Asian country in response to the coup.

More than four months after the military takeover, the junta's violence against civilians continues with the number of people killed surpassing 850 as of Monday, according to a human rights group monitoring the situation in Myanmar.