Japanese Defense Minister Nobuo Kishi underscored the "importance of peace and stability across the Taiwan Strait" in a meeting Wednesday that included his peers from ASEAN and other countries such as China and the United States.

Speaking in relation to the situation surrounding the East and South China seas, the minister said Japan expects the issue to be resolved peacefully through direct dialogue between the parties concerned. 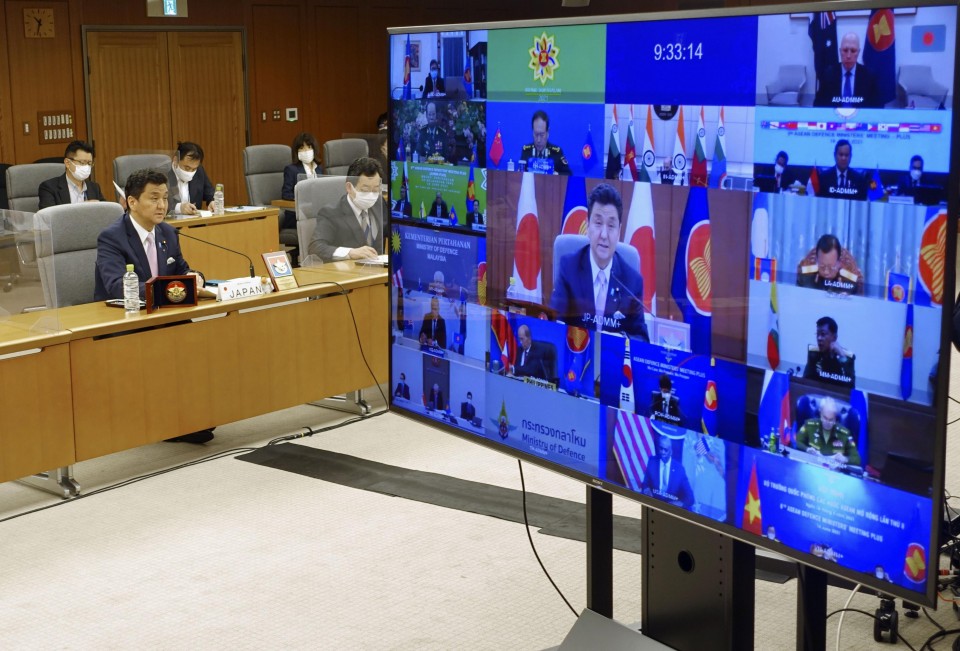 The ASEAN Defense Ministers-Plus meeting, hosted by the Association of Southeast Asian Nations and chaired by member Brunei, was held online due to the coronavirus pandemic.

In his remarks, Kishi also criticized a Chinese law implemented in February that allows China's coast guard to use weapons against foreign ships the country sees as illegally entering its waters.

"This law contains provisions that are problematic from the point of view of consistency with international law, such as ambiguities where it can be applied in waters, as well as the authority to use weapons," the minister told his counterparts.

China has laid claims to a group of Japanese-administered islands in the East China Sea that are called Senkaku in Japan, and Diaoyu in China, and has frequently sent coast guard ships to waters around them.

In the South China Sea, China has overlapping claims with several ASEAN countries and Taiwan, and has raised concerns by militarizing outposts it has built in disputed areas of the sea.