Tokyo marked one month until the start of the Olympics on Wednesday, with organizers banning the drinking of alcohol at games venues as they set out measures they hope will allow a safe event to be held amid the ongoing coronavirus pandemic.

The organizing committee of the Olympics and Paralympics released safety guidelines for ticket holders, including banning loud cheering, the giving of high-fives and towel waving, in addition to prohibiting the sale of alcoholic beverages at venues and explicitly stating spectators must not bring their own. 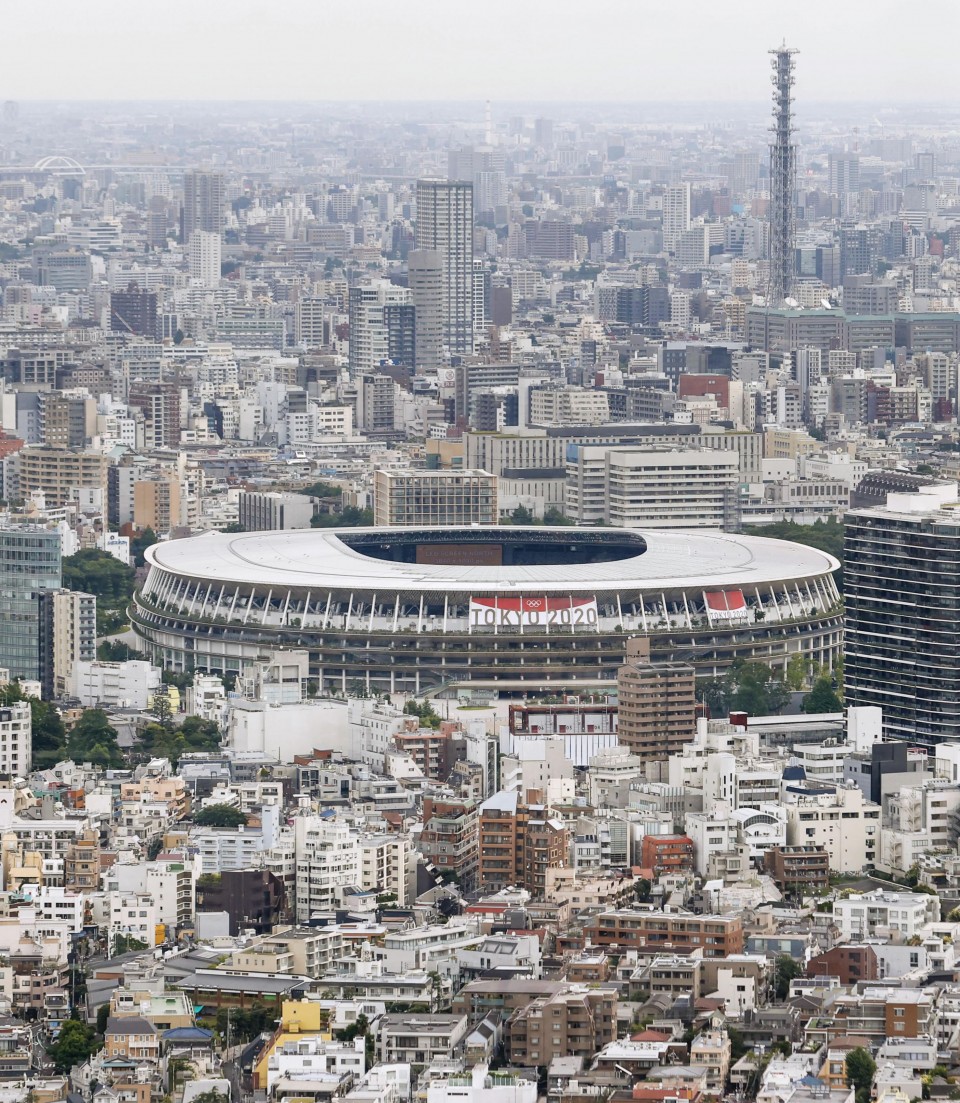 Photo taken from the Shibuya Sky observation deck in Tokyo on June 22, 2021, shows the National Stadium, the main venue of the Tokyo Olympics and Paralympics starting in about a month. (Kyodo) ==Kyodo

"Realizing a safe and secure games is what the organizing committee wants the most, and we are responsible for making that happen," Seiko Hashimoto, president of the committee, said at a press conference. "If the Japanese people have even a slight sense of worry, then we must give up."

The announcement came before Tokyo reported 619 new cases of the virus -- the highest single-day spike in about one month -- and two days after the organizers set significant limits on spectator attendance to prevent the spread of the virus.

The caps necessitated them to reduce the number of tickets by 910,000 through a fresh lottery to 2.72 million, accounting for about 35 percent of the total seats in venues.

The organizers had been considering allowing the sale of alcohol at venues by putting in place some restrictions in apparent consideration for Asahi Breweries Ltd., one of the games' major Japanese sponsors, officials familiar with the planning said earlier.

But they reversed the idea shortly after it was reported by the media and came under criticism from the public, medical experts and both ruling and opposition lawmakers.

Japan's top government spokesman Katsunobu Kato backed the decision at his regular press conference, saying it is "very important" for the organizers to take into consideration public opinion.

Athletes started to arrive in Japan this month to hold training camps, but the organizers continue to struggle to turn the tide of public sentiment in favor of staging the games amid the pandemic.

Among others, the anti-coronavirus guidelines said people who have a body temperature of 37.5 C or higher, or those who are aware they are displaying symptoms like fever, will not be permitted entry.

Due to Japan's summer heat, however, spectators are allowed to remove their face masks outdoors if they can ensure they have 2 meters or more of physical distance from others.

They are asked to keep their ticket stubs or ticket data for at least two weeks after entering a venue. If anyone tests positive for COVID-19, the guidelines say the date of the infected person's attendance and their seat number will be listed on the Tokyo Games official website and posted on social media. 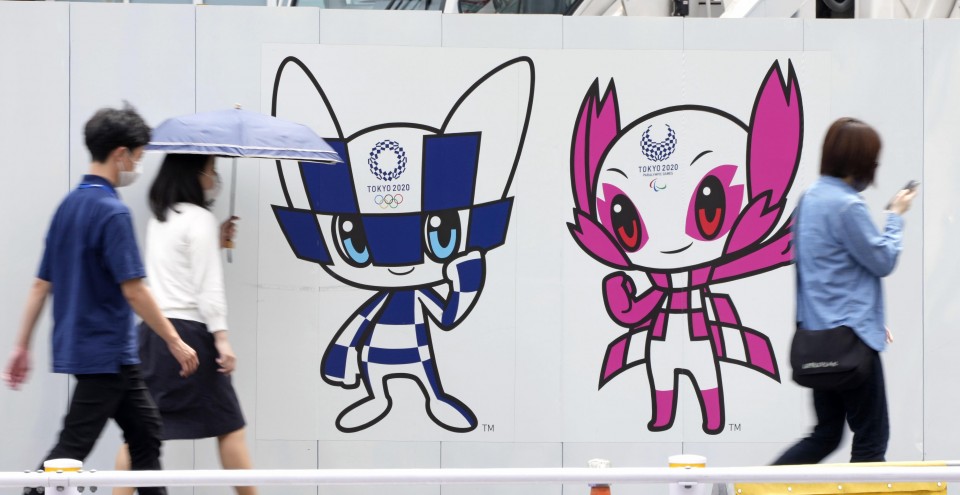 Passers-by walk by an illustration of Miraitowa (L) and Someity, official mascots of the Tokyo Olympics and Paralympics, in Tokyo on June 22, 2021, about one month ahead of the opening of the summer games, which were postponed for a year due to the coronavirus pandemic. (Kyodo) ==Kyodo

With the one-month countdown clock now ticking, the committee also launched an official smartphone app, which will make available event results and the medal table.

On Wednesday, Tokyo Gov. Yuriko Koike did not make a public appearance as she has taken time off work due to severe fatigue. She was admitted to a hospital in the capital on Tuesday, according to people with knowledge of the matter.

The organizers have given the public and participants a better idea of what the Olympics will be like following an unprecedented postponement last year, having already barred overseas spectators in March.

They said Monday that venues can be filled to 50 percent of capacity, up to a maximum of 10,000 spectators, and left open the possibility of hosting the games behind closed doors if the infection situation worsens.

The committee said it will hold a lottery among ticket holders to determine those eligible to attend the opening and closing ceremonies, as well as over 90 sessions in athletics, baseball and six other sports.

The results of the lottery will be posted on its official ticketing website on July 6, less than three weeks before the opening of the Olympics. The committee said it will accept applications for ticket refunds starting the same day.

The spectator policy was made just after a COVID-19 state of emergency was lifted in Tokyo and some other parts of the country. 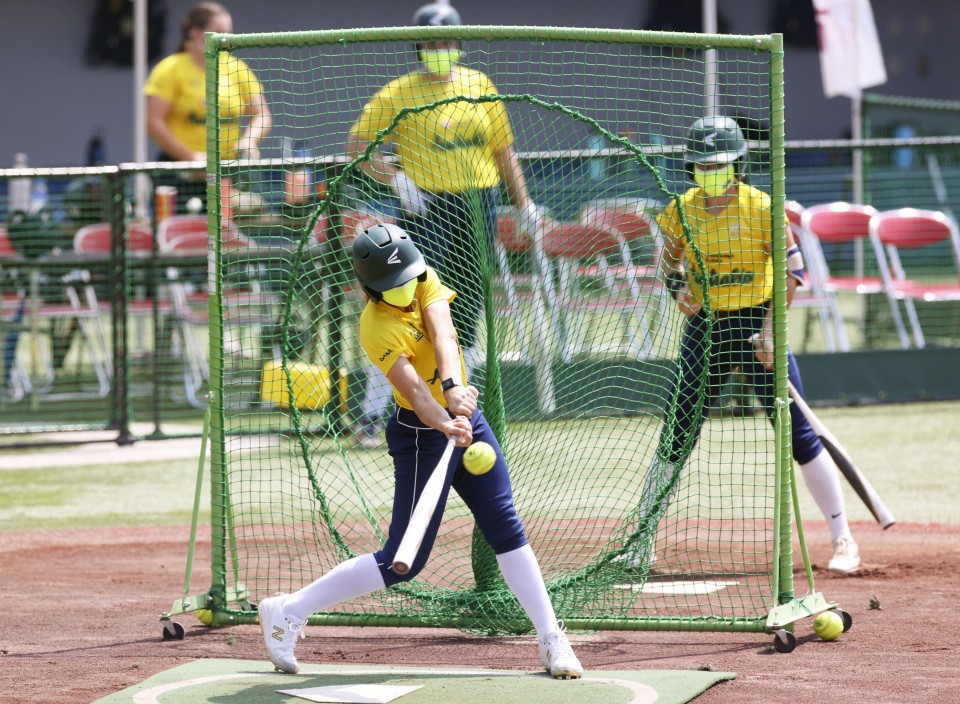 Still, medical experts warn of a possible resurgence of the virus before or after the Olympics begin July 23.

A second member of the Ugandan delegation that arrived in Japan on Saturday has tested positive for the virus, said the city of Izumisano in Osaka Prefecture that has been hosting the team.

The Ugandans are the second group of athletes coming to Japan for the games. The first member tested positive upon arrival at Narita airport outside Tokyo and was denied entry to the country.

Since the postponement, the organizers have faced a number of challenges from again securing venues, reviewing costs, formulating anti-virus measures and attempting to reassure the public that the games can be held safely.

The Japanese and Australian softball teams will raise the curtain on competition on July 21 in the northeastern prefecture of Fukushima before the official opening of the Olympics. The athletes village will formally open on July 13.

Featuring some 11,000 athletes from around the world, 33 sports will be staged during the games that close on Aug. 8. In order to reduce the risk of infections, athletes will be kept in a "bubble" and will not be allowed to interact with locals.

The International Olympic Committee has set the deadline for the qualification period to end next Tuesday and the athletes' registration period on July 5.