Just hours after announcing his entry in the All-Star Home Run Derby, Shohei Ohtani crushed a pair of homers Friday in the Los Angeles Angels' 11-3 dismantling of the Detroit Tigers.

The two-way star blasted his 20th home run of the year against Detroit starter Jose Urena (2-7) in the fifth, then followed up with No. 21 against reliever Joe Jimenez in the bottom of the eighth at Angel Stadium. 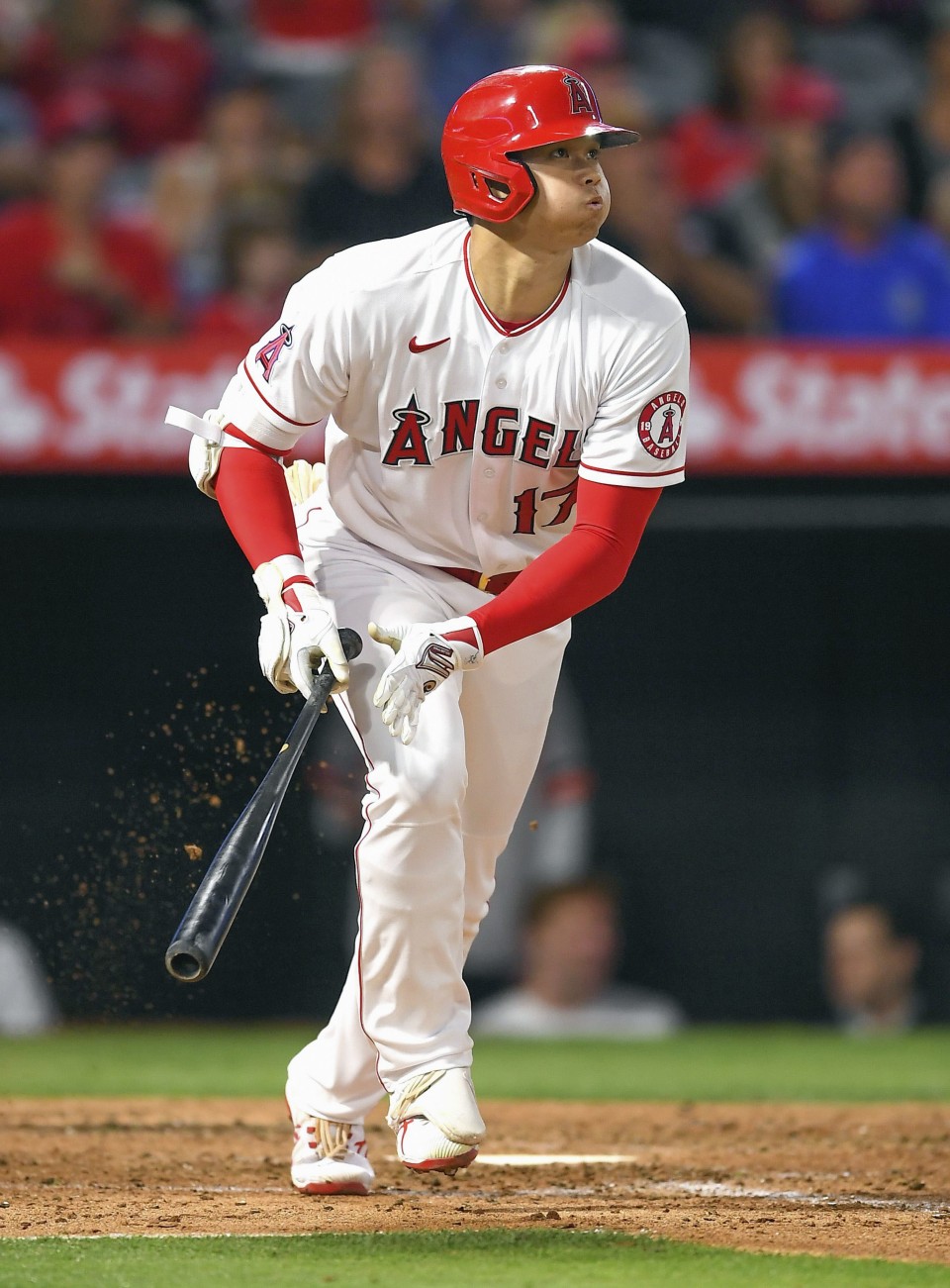 Shohei Ohtani #17 of the Los Angeles Angels watches the ball clear the wall on a two-run home run in the fifth inning of the game against the Detroit Tigers at Angel Stadium of Anaheim on June 18, 2021 in Anaheim, California. (Getty/Kyodo)

Ohtani brought the crowd to its feet when he lined right-hander Urena's 2-2 sinker a projected 400 feet (122 meters) into the stands behind right-center field.

With an exit velocity of 114.3 miles (184 kilometers) per hour, according to MLB.com, the two-run blast took Ohtani to the 20 home run mark for the second time in his big league career.

The 26-year-old, who hit 22 in 2018, when he was American League Rookie of the Year, is only the second Japanese player with multiple 20 home-run campaigns. Hideki Matsui reached the milestone five times.

"This is something I should have been doing from my rookie year onward, but injuries held me back," said Ohtani, who feels he is now "back on track doing what I love to do."

Ohtani's was one of three home runs surrendered in the fifth inning by Urena, who exited after Jared Walsh's two-run shot.

With two out in the eighth, Ohtani locked in on right-hander Jimenez's 0-1 changeup and sent it soaring out to left-center for an opposite-field homer and an 11-2 Angels' lead.

Starter Alex Cobb (5-2) got the win after striking out eight and allowing one run on three hits over 5-2/3 innings.

Ohtani's heroics at the plate came a day after he earned his third win as a pitcher and helped the Angels snap a three-game slide with a 7-5 win over the Tigers.

The left-handed batter said he is looking forward to matching up against some of the major leagues' most prodigious sluggers in the Home Run Derby, which will be held on the eve of the July 13 All-Star Game at Coors Field in Denver.

"There'll be a bunch of power hitters, so I want to test myself against those guys. I'm excited about that," he said.

At Seattle's T-Mobile Park, Yusei Kikuchi earned his fourth win after striking out six and allowing one run over seven innings as the Mariners sank the Tampa Bay Rays 5-1.

A day after his 30th birthday, Kikuchi improved to 4-3 with another quality start for the Mariners, who needed the Japanese southpaw to go deep in the game after using five relievers the night before.

Kikuchi needed 41 pitches to get through the first two innings but was in control from the third inning onward, at one point retiring 10 consecutive batters.

According to MLB.com, Kikuchi has a 2.53 ERA with 61 strikeouts across 57 innings in his last nine starts. 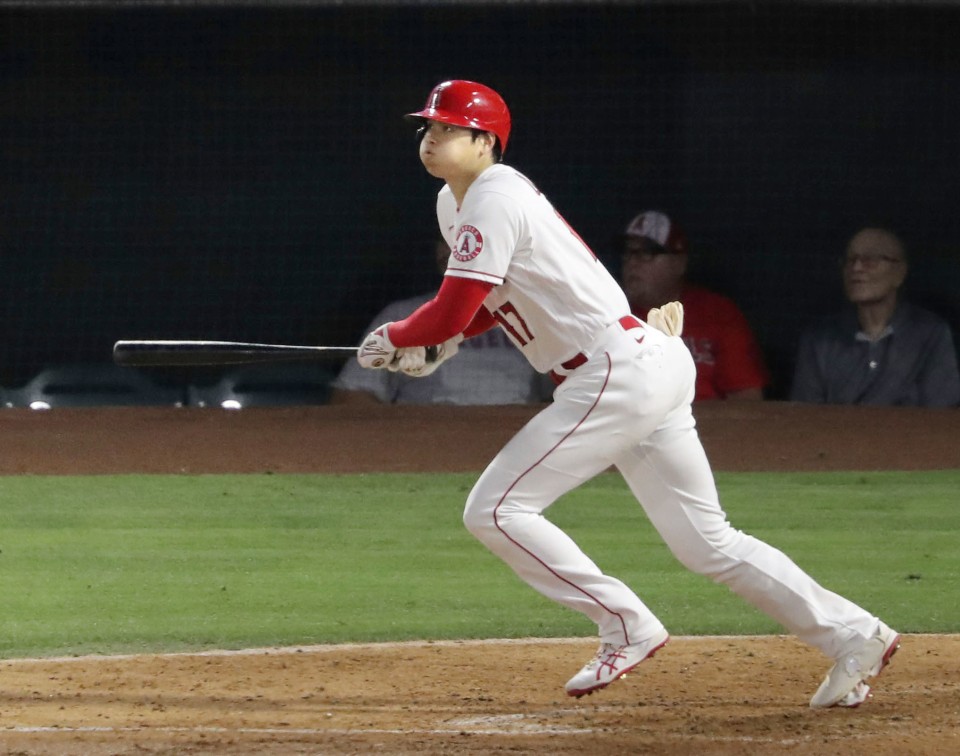 Shohei Ohtani of the Los Angeles Angels hits a two-run home run in the fifth inning of a game against the Detroit Tigers on June 18, 2021, at Angel Stadium in Anaheim, California, his 20th homer of the season. (Kyodo) ==Kyodo