With a range of handmade deerskin leather products, a shop in the city of Nagano is hoping to get customers to think about the huge numbers of deer culled each year in Japan, mostly to protect crops, and to deepen their appreciation of the environment the animals are a part of and the value of their lives.

The shop, called Inswirl, was founded a little more than a year ago as a result of a question that was bothering Akira Nagasaki, the owner of a local Italian restaurant that serves game, as he was preparing a venison dish. "What happens to the skin?" the 36-year-old couldn't help wondering. 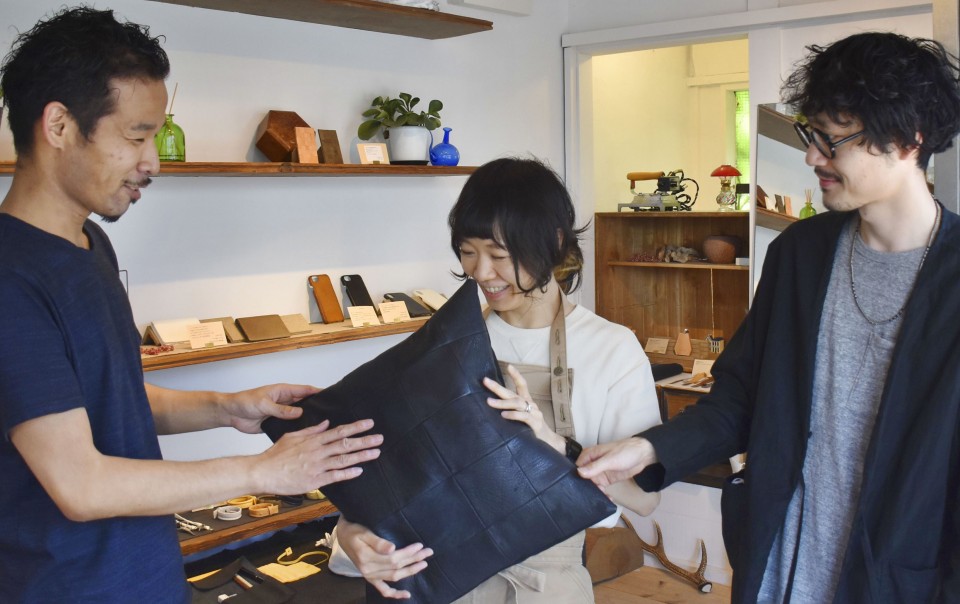 After asking a local hunter, he discovered how many deerskins are discarded as waste each year.

Deer are blamed for the bulk of agricultural crop damage caused by wildlife in Japan. In fiscal 2019, the animals were blamed for 5.3 billion yen ($48 million) in losses, according to the Ministry of Agriculture, Forestry, and Fisheries. As a result, culling is unavoidable to prevent farmers from abandoning crops or losing the incentive to plant them.

In all, more than 600,000 deer were captured or killed that year, the ministry said. The carcasses of a small proportion -- some 80,000 -- were used for game meat, but the skins were thrown away.

Nagasaki's next step was to approach a childhood friend, Yu Wada, 35, who was then working in the apparel industry, and his wife Minako, a leatherworker.

Together with Minako, 35, Nagasaki purchased deerskins from a firm in Hyogo Prefecture and studied how best to work with them -- deerskins can have a delicate and pleasing texture but are hard to process.

Nagasaki then solicited investments via crowdfunding and collected twice his targeted amount in funds. In March 2020, he opened the shop in a renovated old folk house near Zenko-ji, a Buddhist temple built in the 7th century. Regular customers have increased, while stores in prefectures such as Fukui and Aichi have also begun handling Inswirl-made deerskin products.

Minako makes more than 30 kinds of deerskin products such as handbags and purses in an atelier on the shop's second floor, checking the condition of the skins, cutting them with a machine, and processing them by hand into well-wrought products. 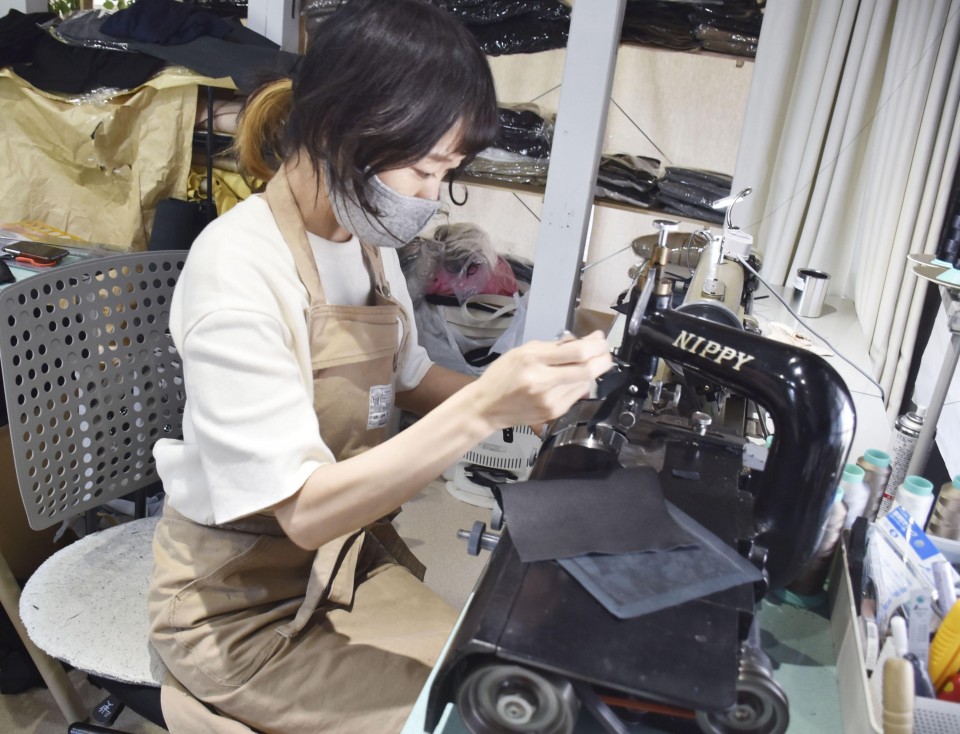 Minako Wada works on a deerskin leather product in the atelier at the apparel shop in Nagano on June 9, 2021. (Kyodo)

Minako eschews the use of chemicals and processes skins only with naturally derived materials. "Our products are free from hazardous substances and friendly to the environment. Even people who have sensitive skin can use them without concern," she said.

Deer that run wild have scars, so products tend to show the individual characteristics of the skin used. Products are high-priced because Minako can produce no more than four per day.

Each is "a life we've been given," Nagasaki says of the deerskins used. "There's no mass production. I hope each of our products will be cherished as the one and only one of its type," Nagasaki said.

Yu, who manages the shop, said, "We want to make the best possible use of the lives of these deer that have been culled for the convenience of humans."

"I want people to begin to think about the environment and about (the value of) a life by taking the background of our products into consideration. First and foremost, I want them to 'know, eat, and touch'," he said.