Japan has administered COVID-19 vaccine doses to more than 10 million people, the Prime Minister's Office said Wednesday, as the country tries to speed up inoculations that are lagging far behind other developed countries. 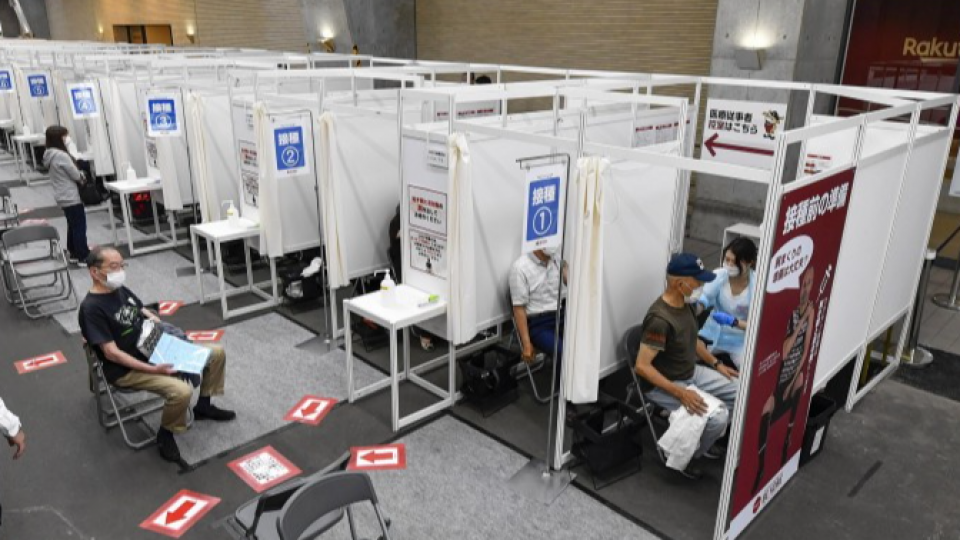 Of them, around 3.6 million people, equivalent to roughly 3 percent of the population, were fully vaccinated after receiving a second shot. The figure includes 3.13 million medical personnel and around 470,000 senior citizens.

The government expects vaccinations of medical personnel to be completed in 10 to 20 days if the current pace is maintained.

Facing criticism for the slow coronavirus vaccine rollout, Prime Minister Yoshihide Suga has called for up to 1 million doses to be administered nationwide each day after mid-June and vaccinations of people aged 65 and over to be completed by the end of July.

To help accelerate the pace, the government has set up mass inoculation centers in Tokyo and Osaka, operated by the Self-Defense Forces, to administer up to a combined total of 15,000 jabs per day.

A dearth of doctors and nurses to give shots is one of the key factors behind Japan's slow inoculation program, which is lagging behind other developed countries.

The government has already added dentists to the list of medical professionals authorized to give shots, and is exploring other potential vaccinators including former nurses and paramedics.

Japan to start COVID-19 vaccinations at workplaces on June 21