The president of the Tokyo Olympic organizing body said Friday it has to "tighten" its anti-COVID-19 measures after two of the nine-member Ugandan delegation tested positive for the disease following their arrival in Japan.

Seiko Hashimoto's comment came after a Ugandan man in his 50s, who tested positive for the coronavirus after arriving at Narita airport on Saturday, was found to be infected with the highly contagious Delta variant first detected in India. 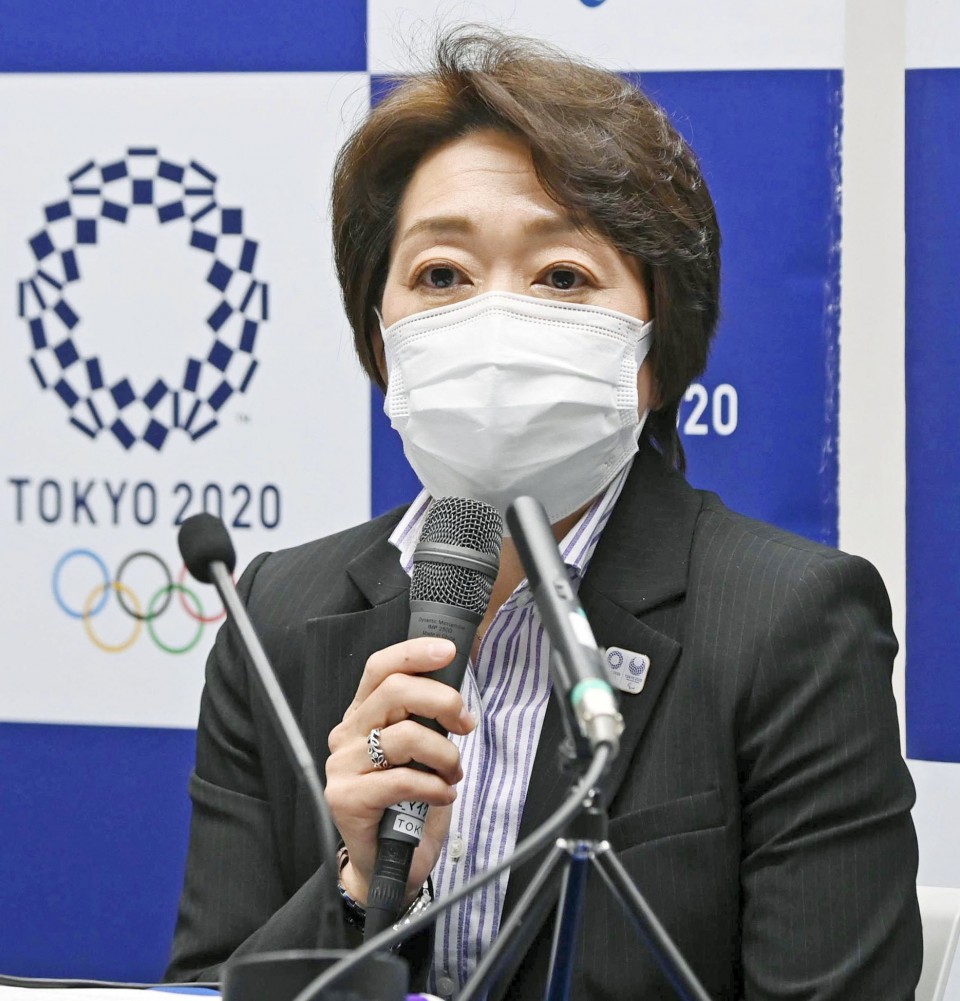 Seiko Hashimoto, president of the Tokyo Olympic and Paralympic organizing committee, speaks at a press conference in Tokyo on June 25, 2021. (Pool photo)(Kyodo)

While the man has no symptoms, according to a health ministry official, the second member was found positive for the virus on Wednesday after traveling to Osaka Prefecture with the rest of the team in a chartered bus from the airport near Tokyo for a pre-Olympic training camp.

Osaka Gov. Hirofumi Yoshimura told reporters that the second member is also suspected of being infected with the Delta variant.

Hashimoto, who heads the organizing committee of the Olympics and Paralympics, said it needs to review how athletes are quarantined in their host towns or at the athletes' village, in addition to how they travel within Japan.

To ensure the safety of the games, athletes will be kept in a "bubble" environment, such as preventing them from coming into close contact with ordinary citizens in the country and requiring them to be screened for the virus daily in principle. Hashimoto said at a press conference that the measures are not necessarily "100 percent" effective.

After arriving in the Osaka city of Izumisano, local health authorities determined that the entire Uganda team, as well as eight people, including city officials and bus drivers, had been in close contact with the two infected individuals.

All participants of the Summer Games are required to have negative COVID-19 test results when coming to Japan.

The cases of the Ugandan team, whose members had received two doses of the AstraZeneca vaccine before traveling to Japan, added to concern that the Olympics, due to begin July 23, may lead to a spike in COVID-19 cases.

The western Japan city has asked the team members, including those competing in boxing and weightlifting, to remain in their hotel and refrain from training until July 3.

They will undergo PCR tests every day and have their movements restricted, according to the city. 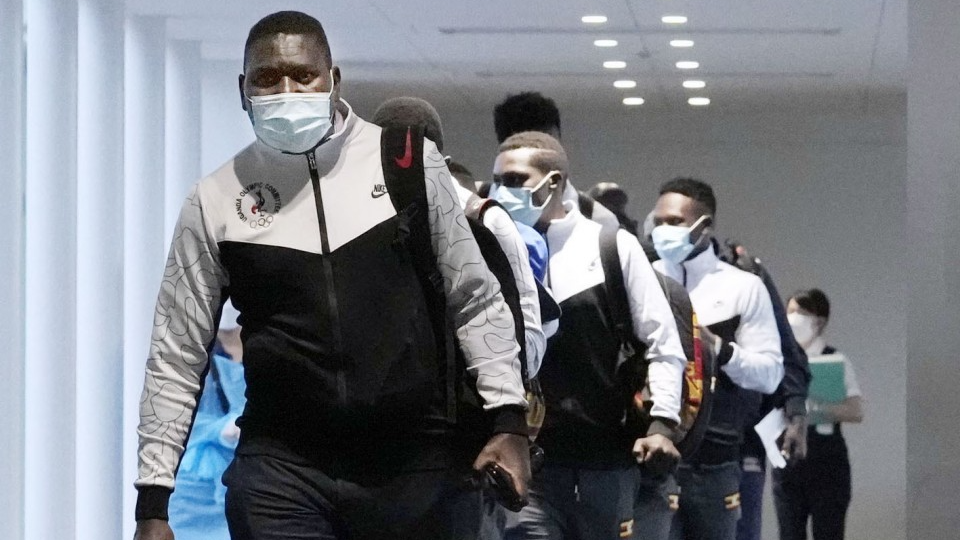 The first group of Ugandan athletes arrives at Narita airport near Tokyo on June 19, 2021, for the Tokyo Olympics. One person in the nine-member group tested positive for the coronavirus. (Kyodo) ==Kyodo

Many medical experts in Japan have warned of a new wave of infections, driven by highly transmissible variants, before or after the games.

After the government ended a state of emergency in Tokyo nearly a week ago, the number of daily confirmed COVID-19 cases topped 600 for the first time in about a month and it logged 562 new cases on Friday, compared with about 450 reported exactly a week ago.

Hashimoto said in her regular press conference that holding the Olympics without spectators remains an option if the situation of the pandemic does not improve.

Last week, the committee and four other organizing bodies of the games decided to fill 50 percent of the venues' capacity, up to 10,000 people.

The organizers also said they will meet again to discuss a possible policy change in the event of any rapid change in infection status and in the capacity of Japan's health care system.

They decided in March to hold the Olympics and Paralympics without fans from overseas as part of efforts to hold a "safe and secure" games following a one-year postponement.

As part of measures to help deliver support for athletes, the Japanese committee said Friday it will display messages and videos submitted by fans around the world and participants' family members on the big screen at certain venues.

"The 2020 Tokyo Games cannot be held in front of full stadiums, but we would like to welcome athletes from around the world with full passion," Hashimoto said.