Japanese Prime Minister Yoshihide Suga and his Australian counterpart Scott Morrison on Sunday expressed their strong opposition to "economic coercion," the Japanese Foreign Ministry said, in a veiled rebuke against China's assertive behavior in connection with trade with Australia.

The opposition came as China has imposed high tariffs on Australian barley following Morrison's call last year for an independent investigation into a source of the novel coronavirus that experts suspect to have originated in Wuhan, central China. 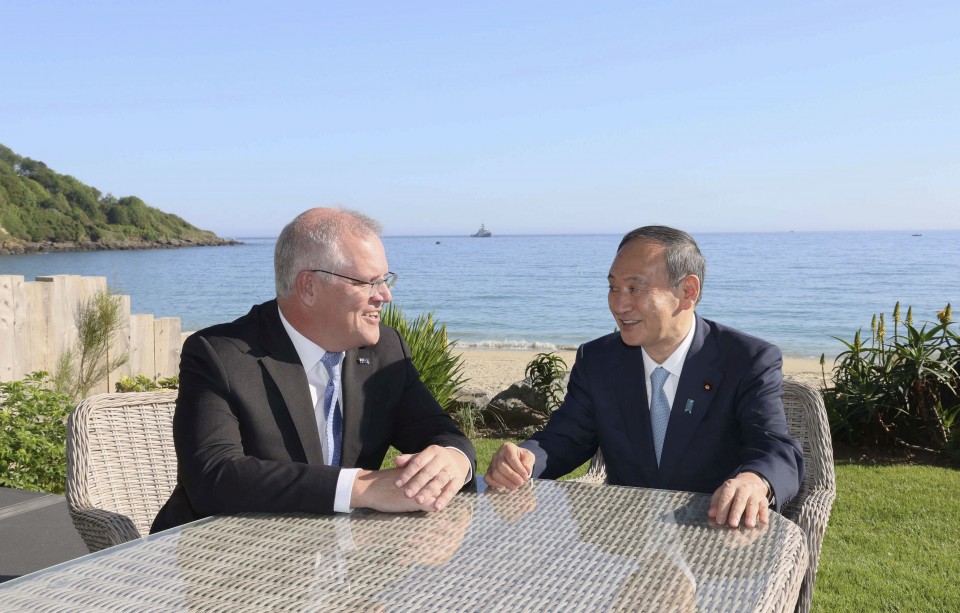 Meeting on the fringes of the Group of Seven summit in Cornwall, southwestern England, Suga and Morrison also affirmed their commitment to promoting coordination with the United States and India in the Quad grouping in an effort to ensure a free and open Indo-Pacific.

Concerns over the stability of the region grew stronger particularly after a recent enactment of a Chinese maritime law that allows its coast guard ships to fire on foreign vessels in waters Beijing deems its territory.

Tokyo and Canberra agreed earlier in the month that Japan's Self-Defense Forces will protect Australian military aircraft and ships upon request in noncombatant situations to bolster their security ties.

On Sunday, Suga and Morrison affirmed closer coordination in fighting global warming and they welcomed a new technological partnership toward the goal of achieving net zero carbon emissions by 2050, according to the Japanese ministry.

Australia attended the G-7 summit as a guest country along with India, South Africa and South Korea.

In a separate meeting, Suga and Canadian Prime Minister Justin Trudeau shared grave concerns about any attempts to force a shift in the status quo in the East China Sea, the ministry said, in a veiled reference to Beijing. 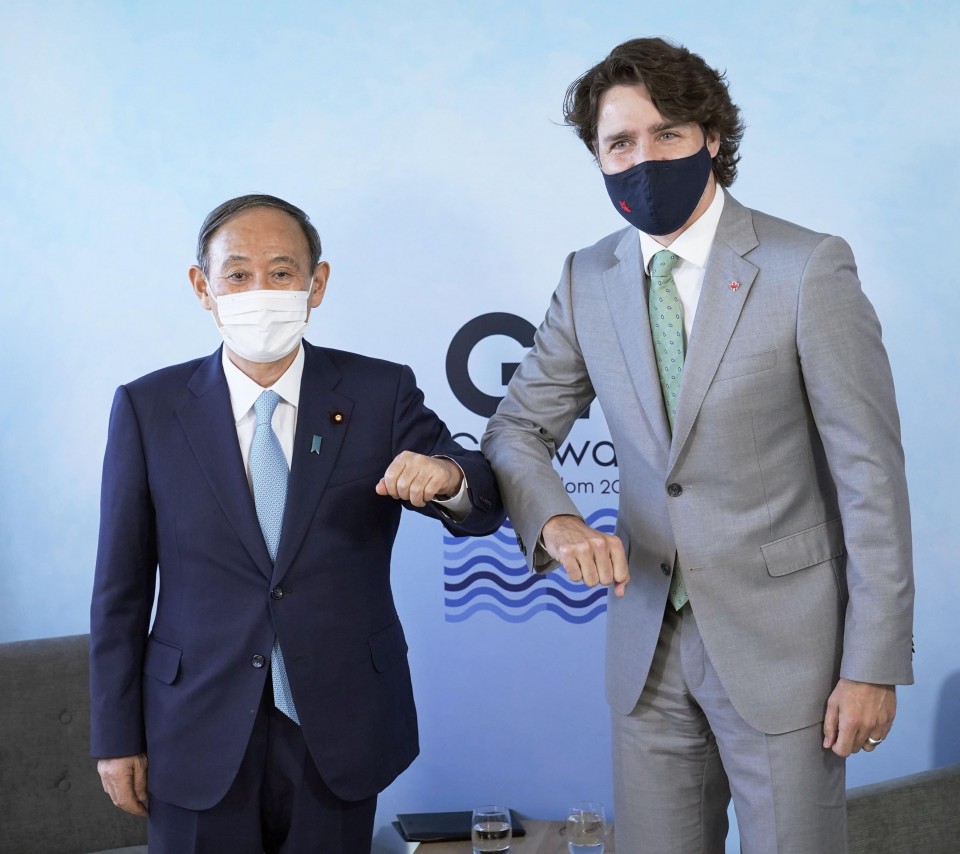 Japanese Prime Minister Yoshihide Suga (L) and his Canadian counterpart Justin Trudeau bump elbows ahead of their talks in Cornwall, England, on June 13, 2021, on the sidelines of a Group of Seven summit. (Pool photo) (Kyodo) ==Kyodo

The two leaders were apparently taking aim at Beijing's repeated intrusions into Japanese waters around the Senkaku Islands in an attempt to undermine Japan's control over the islets, which China claims and calls Diaoyu.

Trudeau told Suga that Canada will send athletes to the Tokyo Olympics and Paralympics. Suga said Japan will do its best in hosting a "safe and secure" games even though the country has yet to overcome the COVID-19 pandemic.