Lee won a surprising victory in the election, becoming the youngest-ever chairman of the conservative party, to lead it up to the presidential election scheduled for next March. 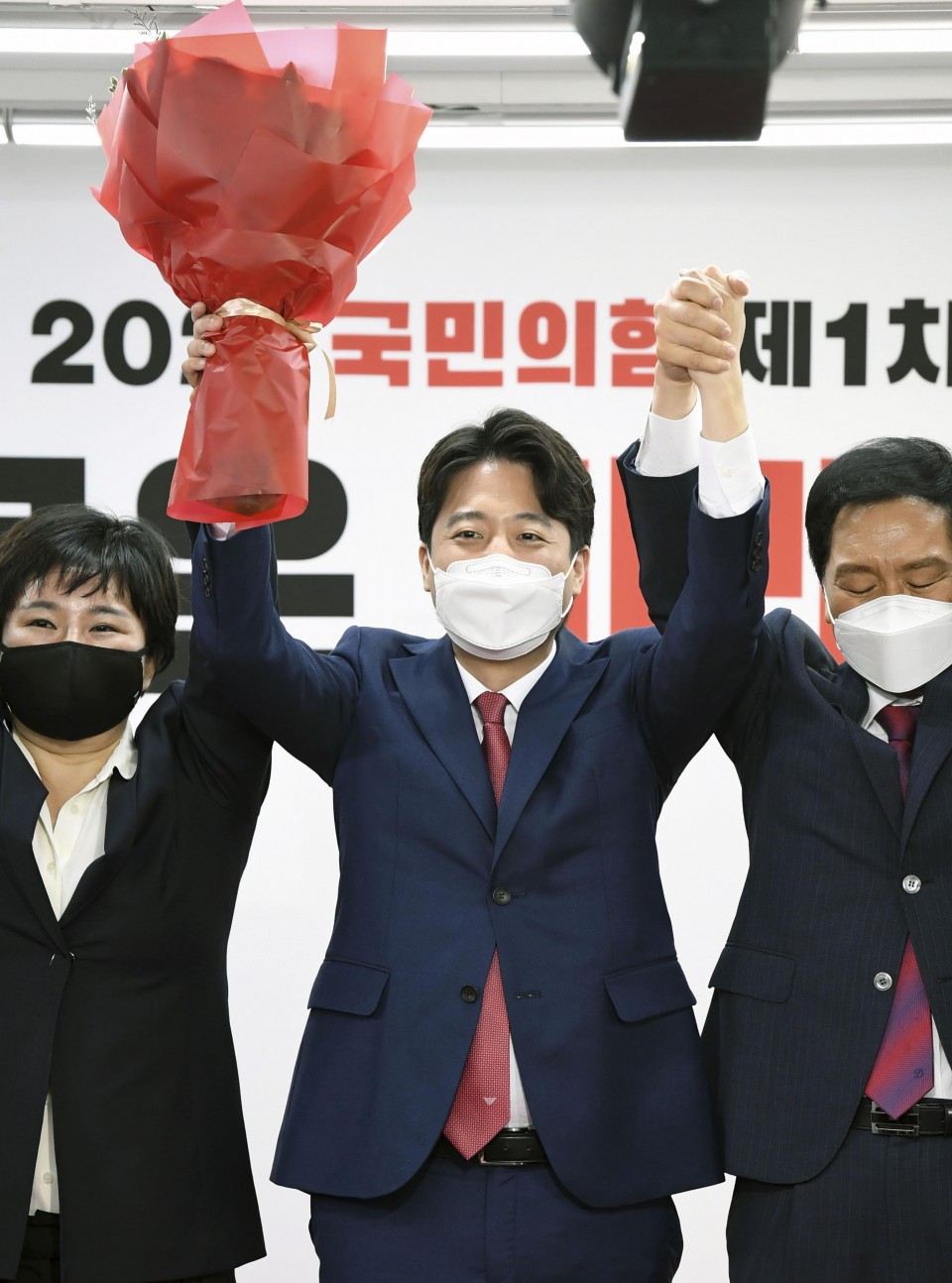 In the leadership race, Lee secured over 43 percent of the votes cast by party members and the public, beating Na Kyung Won, a former four-term lawmaker, Joo Ho Young, a lawmaker for five terms in a row, and others.

Lee said in his acceptance speech, "Our supreme task is to win the presidential election. During the process, I promise that I will make our party a place where various candidates and their supporters can work together," vowing to bring significant change to the party.

While Lee is not able to run in the presidential election as only citizens aged 40 or older are eligible to do so, it is believed he gained support from those who wish for a renewal of the party.

Lee joined the party in 2011 under the auspices of then party leader Park Geun Hye but failed three times to become a lawmaker in as many races between 2016 and 2020.

But Lee has been an active and popular non-parliamentary PPP member and represented the party for many TV discussion programs.