Japan's top coronavirus adviser said Wednesday it is "not normal" to host this summer's Tokyo Olympics and Paralympics amid the coronavirus pandemic.

Shigeru Omi, an infectious disease expert who heads a government subcommittee on the coronavirus, also said the Tokyo Games organizing committee is responsible for drawing up sufficient anti-virus measures to ensure the safety of the participants. 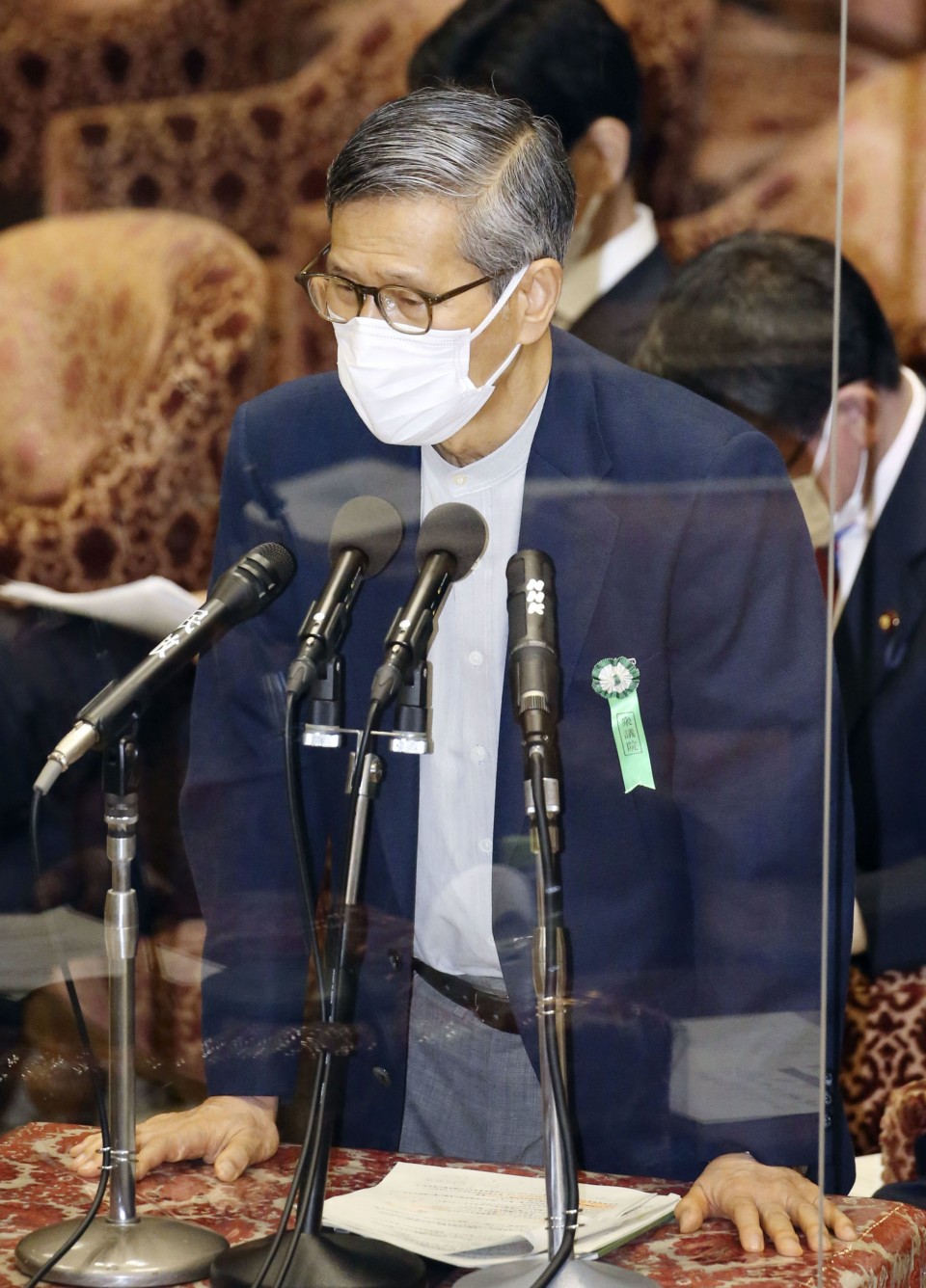 Shigeru Omi, an infectious disease expert who heads a government subcommittee on the coronavirus response, speaks during a House of Representatives committee session in Tokyo on June 2, 2021. (Kyodo) ==Kyodo

"It is not normal to (host the games) under the current situation," Omi told a parliament committee, a day before the 50-day countdown to the opening of the Olympics.

"If they were to be held during a pandemic, it is the organizers' responsibility to scale them down as much as possible and strengthen the management system," he said.

The Japanese capital has been under a COVID-19 state of emergency since late April, and opinion polls have repeatedly shown that the Japanese public is largely against going ahead with the games following a one-year postponement.

"Ordinary people will not consider cooperating unless (the organizers) give a clear story on why they should be held and how to minimize risks as one package," he said.

At a different parliament committee, Omi stressed that it is the duty of medical experts to analyze and express their opinions on possible situations that could lead to an increase in infections.

Toshiro Muto, CEO of the organizing committee, on Wednesday said he knows that there are different opinions for the games, but added, "If we had no choice but to cancel, I think more would be lost than gained."

"The central and Tokyo metropolitan governments have clearly stated that (the games) will be held. It is our mission to work hard so people will not say that the operation was a failure," he told reporters.

Muto revealed that roughly 10,000 of the 80,000 volunteers originally scheduled to help at venues and the athletes' village have quit.

He said their resignations will not be "particularly problematic" for the games, which have been scaled down from their initial plan to minimize the risk of infections and save the cost of the one-year postponement.

He also said the Olympics will involve about 190,000 officials and workers from Japan, including members of the organizing committee, volunteers, security personnel, sponsors and the press. The Paralympics will have about 110,000 such people.

Japanese Prime Minister Yoshihide Suga has insisted the Olympics and Paralympics can be held safely, regardless of the infection situation in the country and without specifying how to achieve that goal. His lack of explanation for why the Olympics have to take place has drawn public criticism.

John Coates, a vice president of the International Olympic Committee, said last month the games can be delivered even if Tokyo is under a state of emergency, which has also sparked controversy.

The Olympics and Paralympics are expected to involve about 15,000 athletes from around the world and as many as 78,000 officials and workers from overseas.