Japan's top COVID-19 adviser said Friday staging the Tokyo Olympics without spectators is "desirable" and the most effective way of reducing the risk of spreading the coronavirus, as he submitted a set of proposals to the government and games organizing committee.

Shigeru Omi, who heads a government subcommittee on the coronavirus, and other infectious disease experts also urged that if spectators are allowed at the games, the attendance cap should be stricter than for other large events in Japan. 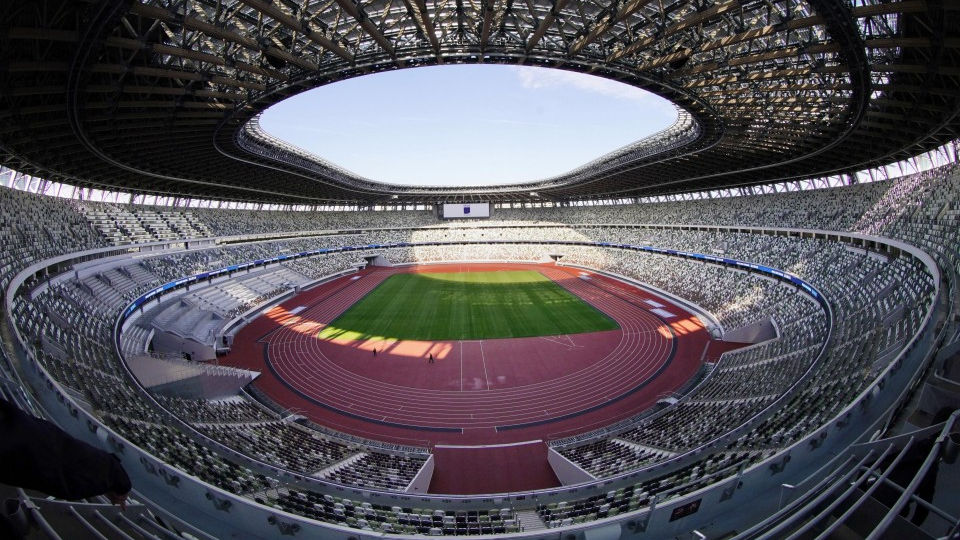 The focus is now on how Prime Minister Yoshihide Suga will respond to the proposals after saying Thursday he wants fans in the stands at this summer's Olympics and Paralympics.

The government has said it will allow up to 10,000 spectators at large events such as sports and concerts, as long as they do not surpass 50 percent of venue capacity, in prefectures that are no longer under a state of emergency or quasi-state of emergency.

The rule is expected to apply to Tokyo when the Olympics begin July 23.

While overseas spectators are already barred from attending, organizers -- including the Japanese and Tokyo metropolitan governments and the International Olympic Committee -- plan to decide how many domestic fans will be permitted in a virtual conference Monday. 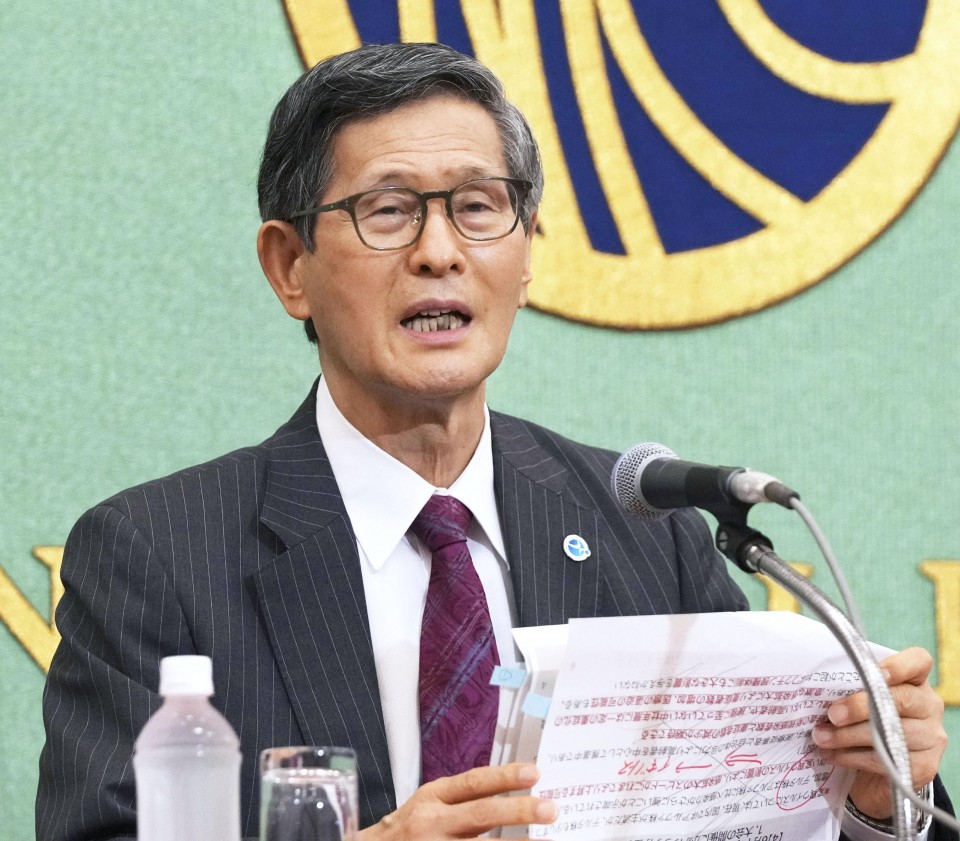 Shigeru Omi, an infectious disease expert who heads a Japanese government subcommittee on the coronavirus, speaks at a press conference in Tokyo on June 18, 2021, about a set of proposals for the Olympics he submitted to the government and the organizing committee. (Kyodo) ==Kyodo

At a press conference, Omi called on the organizers to "consider ways to mitigate the risks and decide which scenarios warrant strong measures, and quickly make their conclusions public."

Asked if there was any scenario in which he would urge the government to call off the Olympics and Paralympics midway through, Omi said if the situation in Tokyo worsens to the level of Osaka, which became the epicenter of Japan's fourth wave of infections in April putting its medical system on the verge of collapse, continuing the games would become "difficult."

The group of 26 experts, including Takaji Wakita, head of the National Institute of Infectious Diseases, and Hiroshi Nishiura, a researcher at Kyoto University specializing in mathematical modeling of epidemics, voluntarily submitted their opinions due to their concerns that the Olympics could trigger a surge in COVID-19.

The number of infections may rise in July and August even if Japan's vaccine rollout progresses smoothly, they warned, adding that the risks are especially high as the games will coincide with more people going out during the summer holidays.

The spread of the highly contagious Delta variant of the coronavirus, first detected in India, is also a cause for concern, they said.

The proposals call for organizers to close venues to spectators if there are signs of a rise in infections, as well as to not hold public viewing events.

Any spectators allowed at the venues should be limited to the local community, preferably in controlled groups, such as pupils invited from elementary school, and the government should declare another state of emergency "without hesitation" if necessary, they said.

The experts considered including in the proposals canceling the Olympics and Paralympics outright, Omi said, but ultimately decided against it as Suga last week told fellow Group of Seven leaders the games are going ahead as planned.

Seiko Hashimoto, president of the organizing committee, said her team has similar views on the risks of having spectators as the experts, and will study ways to allow fans safely into the stands while considering their advice.

"If there are spectators who want to watch the Olympics and Paralympics until the very end, it is the job of the organizing committee to look into how big of a risk it is and how to eliminate (that risk)," she said at a separate press conference.

Hashimoto reiterated any attendance cap will be in line with government policy but said if the situation of the pandemic worsens, the organizers need to be prepared for the possibility of staging the games without fans at the venues.

Health minister Norihisa Tamura invited criticism earlier this month for downplaying the proposals as "personal research" despite Omi's position as head of the coronavirus subcommittee.