A protest was staged in Tokyo on Monday, a day before International Olympic Committee Vice President John Coates' scheduled arrival in Japan, to oppose the hosting of this summer's Olympics and Paralympics amid the COVID-19 pandemic.

Around 30 protesters braved the rain chanting slogans such as "We don't need the Olympics" and "Don't come, Coates," outside the building that houses the Japanese Olympic Committee's office. 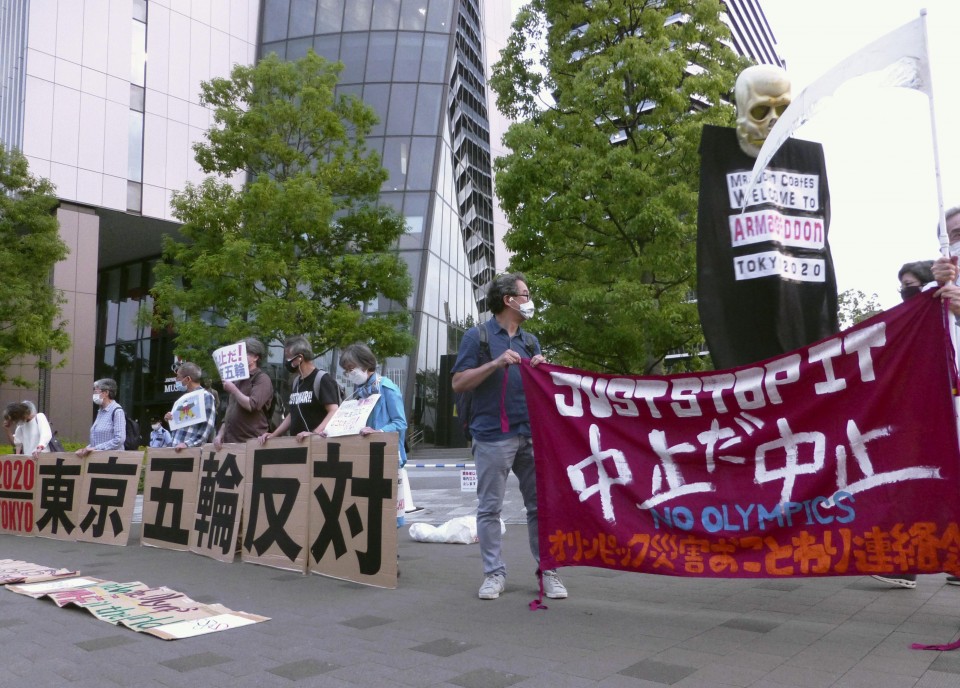 People stage a protest in front of a building housing the Japanese Olympic Committee in Tokyo on June 14, 2021, against the Tokyo Olympics and Paralympics to be held in the summer. (Kyodo) ==Kyodo

Posters bearing the message "Do not use health care, vaccines or tax money for the Olympics" were also raised at the rally, held with just over a month to go before the July 23 opening ceremony.

Coates said last month the games can be delivered even if Tokyo is under a state of emergency, sparking controversy.

Tokyo and some other parts of Japan remain under the emergency declaration over the pandemic, and the government will decide this week on whether to lift it on June 20 as planned.

"They talk about a safe and secure (games), but there's been zero explanation. They must take us for fools if they think we'll give up as time passes," said a woman participating in the protest.