Masahiro Tanaka, who rejoined the Pacific League's Rakuten Eagles this year after seven seasons with the New York Yankees, was among the 24 players named Wednesday to Japan's Olympic baseball team for the Tokyo Games.

Tanaka is the lone holdover from Japan's team at the last Olympic baseball tournament at the 2008 Beijing Games, when a star-packed Japanese team failed to win a medal.

"I have frustrating memories," said Tanaka, who allowed no runs in seven innings over three games in 2008. "I want to do whatever I can to win a medal this time." 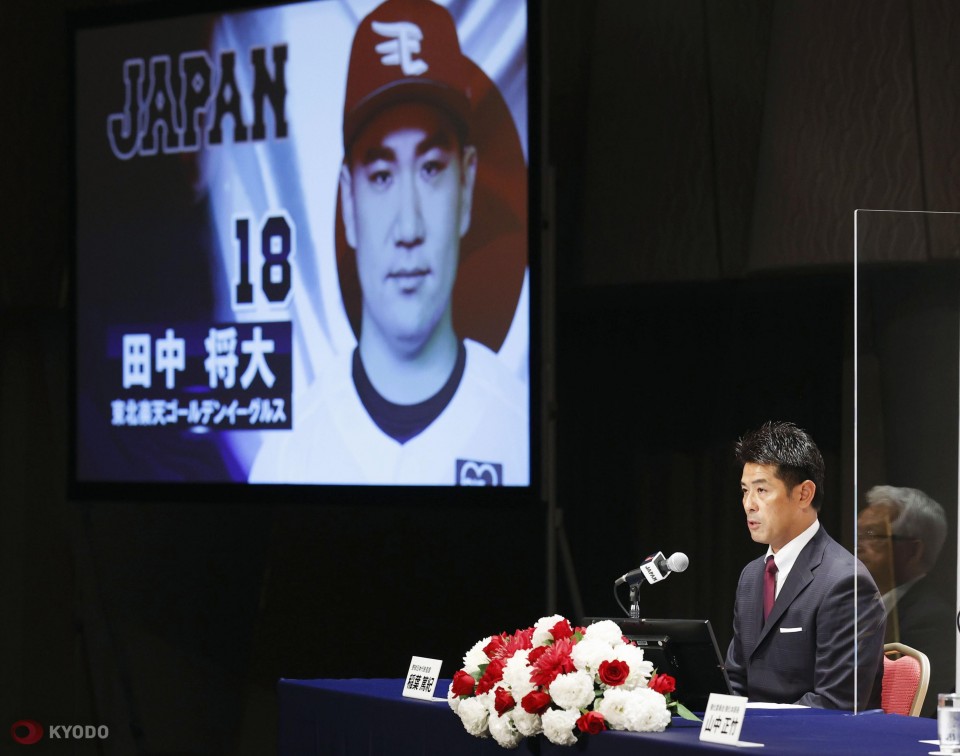 "I have to go in with the determination to be that guy who does everything it takes to be considered a key contributor."

Both were members of Japan's 2019 Premier12 championship roster, along with Hayato Sakamoto of the CL's Yomiuri Giants and Hiroshima's Ryosuke Kikuchi, who have been selected for the Olympic team as infielders.

"These are players who possess speed and power -- two qualities I've been talking about since my appointment (as national team manager). I selected players who'd give us the best chance of winning a gold medal," Inaba said.

The newcomers to the squad include young Carp pitchers Masato Morishita, 23, and Ryoji Kuribayashi, 24, who is among the CL saves leaders as a rookie.

Japan, whose only baseball gold medal came in 1984 when the sport was not part of the official Olympic program, will open its Olympic tournament on July 28 at Fukushima Azuma stadium. The gold and bronze medal games will be played on Aug. 7 at Yokohama Stadium.

Samurai Japan will play practice games against the Eagles and Giants to gear up for the pandemic-delayed games.