As Myanmar's military continues to draw international censure for its February coup and subsequent suppression of civilian resistance, an entry in a short-film festival in Tokyo offers audiences a peek into another, less-touched-on aspect of the military's behavior -- the use it once made, and some critics believe it still does, of child soldiers.

Lo Chen-wen's 2019 film "In This Land We're Briefly Ghosts" is inspired by real-life events in 2013, telling the story of a 12-year-old girl and her older, mute brother who desert but are eventually caught and punished. The siblings are given the ultimate choice: kill the other to survive or die together. 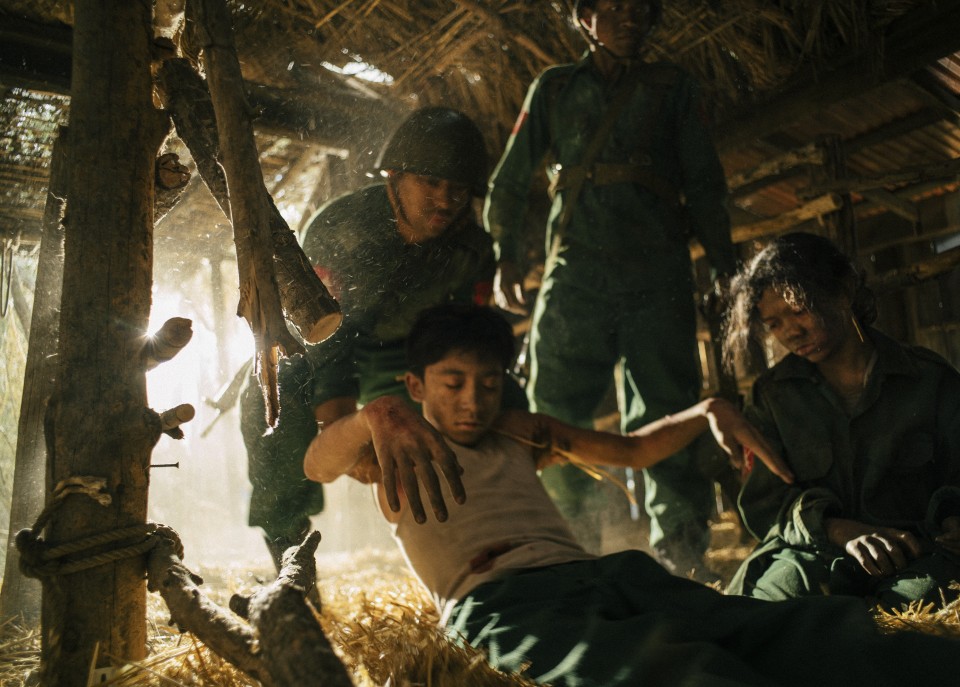 "I just want people to know that there are places in the world where children were treated as (being) easily disposable. Like they were treated as bullets," the Taiwan-born director, who is now based in New York, said in an online interview.

The 16-minute film opens with a scene of the siblings fleeing into the forest on the country's border with Thailand, where many deserters from the Myanmar military end up as undocumented immigrants.

Lo, 31, said there has not been much mainstream media coverage about child soldiers in Myanmar.

"I wanted to focus on marginalized people, on less-known issues and try to bring awareness" about their situation, she said. 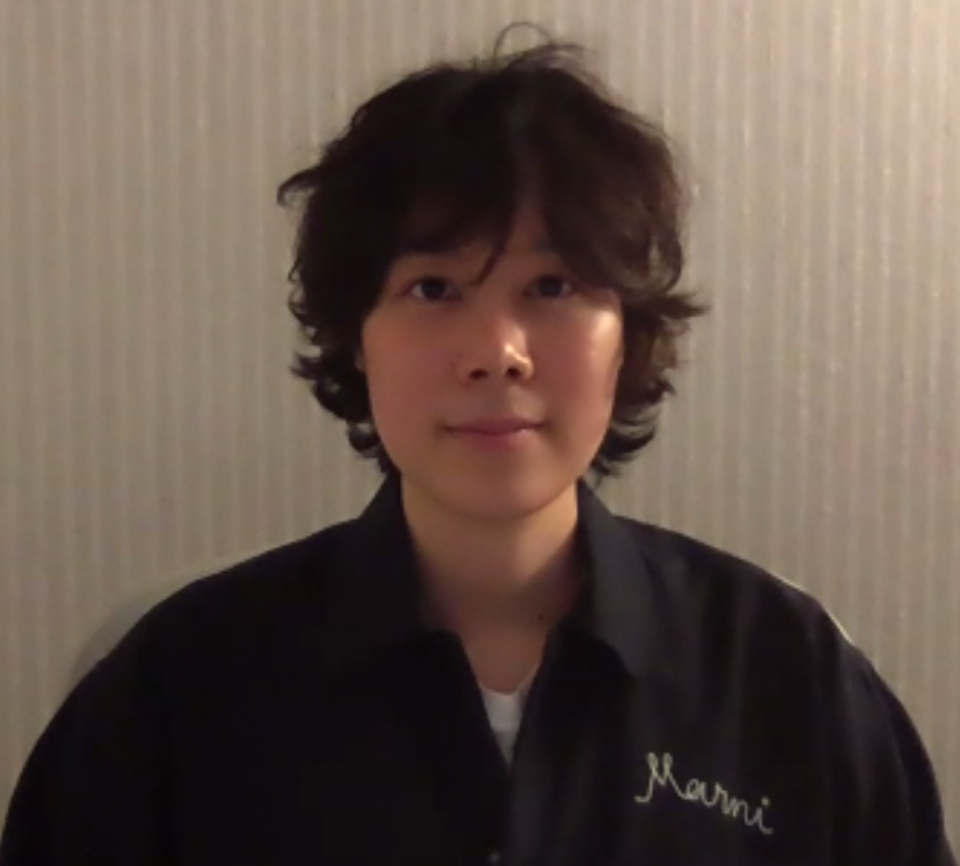 Director Lo Chen-wen is pictured in an online interview on June 3, 2021. (Kyodo)

Her work is being shown at Short Shorts Film Festival & Asia 2021 currently under way in Tokyo, after screenings in Taiwan, Vancouver, and South Korea's Busan.

Lo first learned about the plight of child soldiers from a journalist friend who interviewed a former child soldier in Myanmar.

She eventually met the former child soldier who was 13 at the time he was kidnapped and sold to the Tatmadaw, Myanmar's national armed forces. She heard how he had been thrown into action against ethnic rebel insurgents without much training and how he had made numerous attempts at escape over 10 years until he finally fled to Thailand.

Lo said she was shocked to find that in Myanmar, it was not only rebel groups but the Myanmar military that was chiefly recruiting child soldiers.

"Over 90,000 Burmese children have been illegally recruited by the Myanmar Army and forced into battle against insurgent groups" over the years, the film claims. 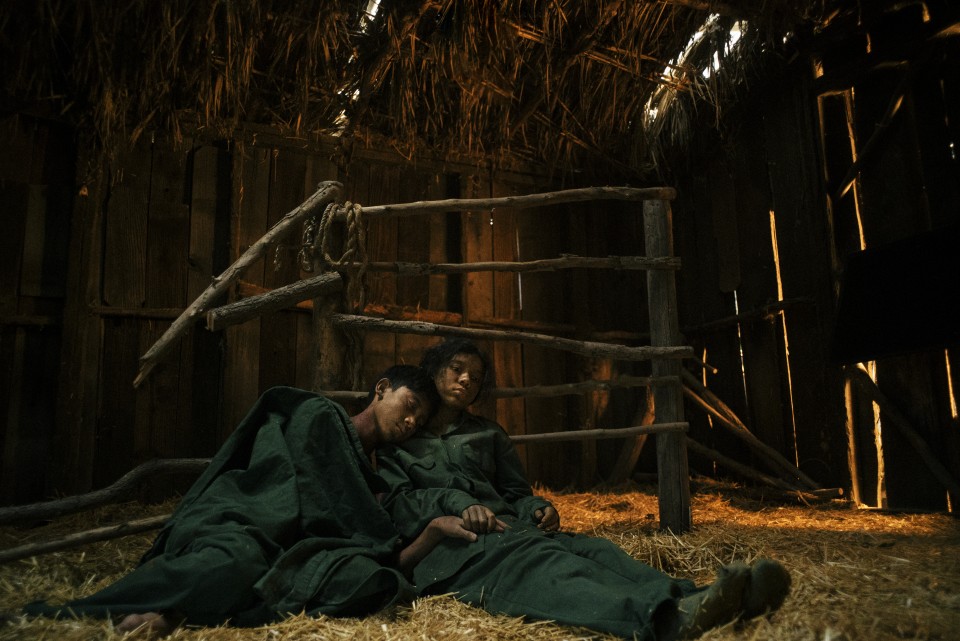 The United Nations and Myanmar government signed a landmark action plan in 2012 to end the recruitment and use of child soldiers by the Tatmadaw and release the children. In June 2020, U.N. Secretary General Antonio Guterres decided to remove the Tatmadaw from his annual list of parties responsible for grave violations against children.

Lo said given the dearth of official data on child soldiers due to the lack of access to areas of armed conflict by U.N. officials, she cannot say with certainty whether they still exist in Myanmar. But in November last year, Human Rights Watch alleged the recruitment of children is still taking place and called for the country to be returned to the list.

Lo saw a connection between the subject of her film and the ongoing crisis in Myanmar, where pro-democracy leader and icon Aung San Suu Kyi has been detained and faces trial while the military violently suppresses peaceful protestors against the coup.

"The cruelty of what's happening now does not come from nowhere," said Lo, who visited the country at the end of 2017 where she met "very friendly" locals. 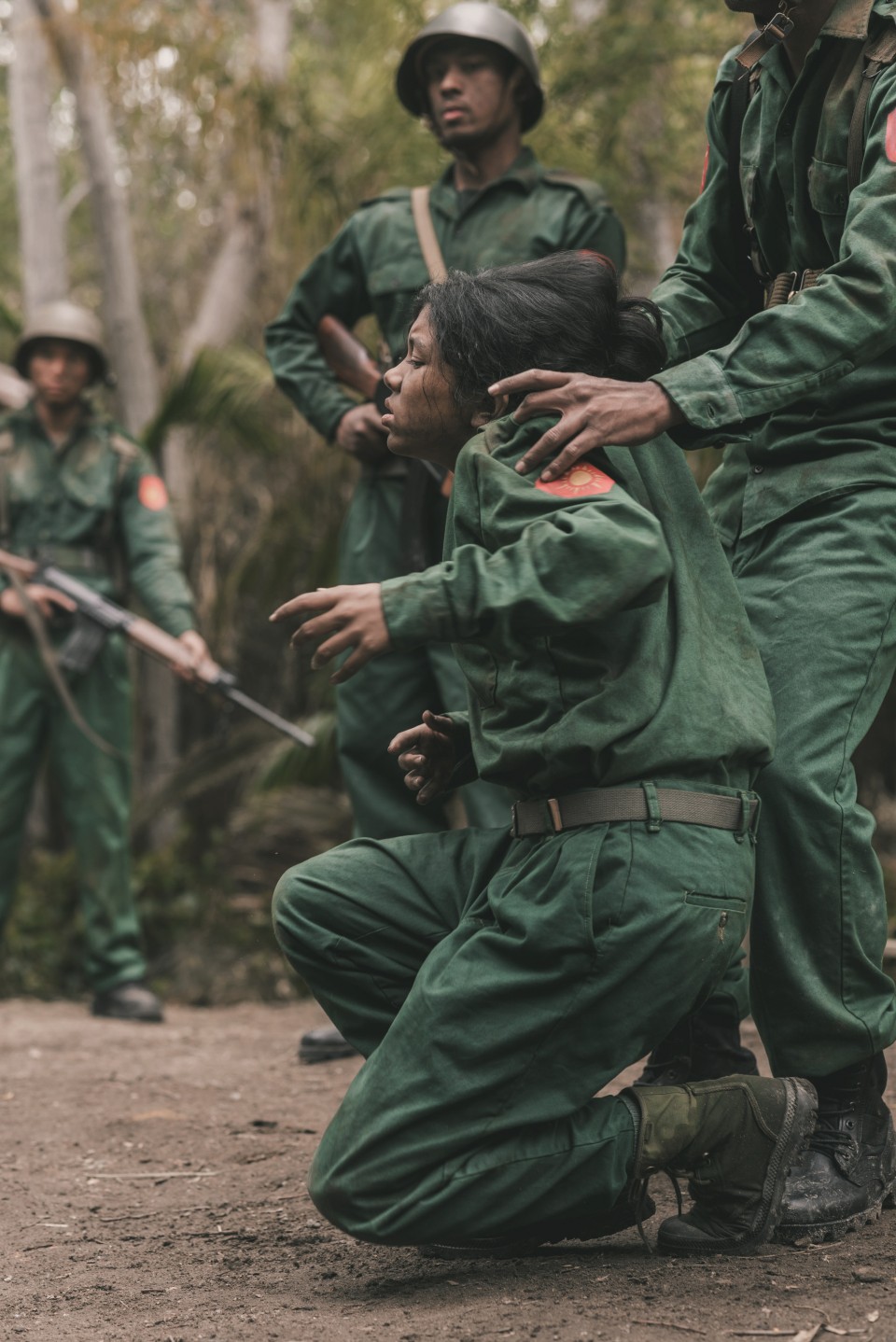 The film, shot mostly in the United States, captures, in one scene, the despair of the sister as she imagines leaving her body and wandering past the army to gain freedom.

"I feel like when you're trapped, suffering from physical pain, mental pain, the only thing that could uplift you is your imagination," she said.

Considering the sensitivity of the subject, Lo said casting Burmese-speaking children was one of the difficulties in filming, and she eventually chose a first-generation Myanmar immigrant in America to play the sister. The brother, with a non-speaking role, was played by a first-generation Indonesian immigrant.

Recreating the landscape of Myanmar was another challenge.

Lo hopes to someday make a film that delves further into the issue of the recruitment of child soldiers in Myanmar -- often by other soldiers -- although she has no plans in the works due to hurdles in filming location and casting.

She said that based on stories she has heard, there seems to be an unspoken rule that soldiers can retire from fighting if they bring five children as recruits.

"It's very shocking," she said.

Lo's film can be accessed online until June 30.