The Japanese government said Wednesday it is temporarily halting company applications for COVID-19 vaccinations at workplaces due to concerns it will be unable to distribute doses quickly enough.

Applications will be closed off to companies after 5 p.m. Friday, with no timeline set for when they will resume, Taro Kono, the minister in charge of the inoculation effort, told a press conference. 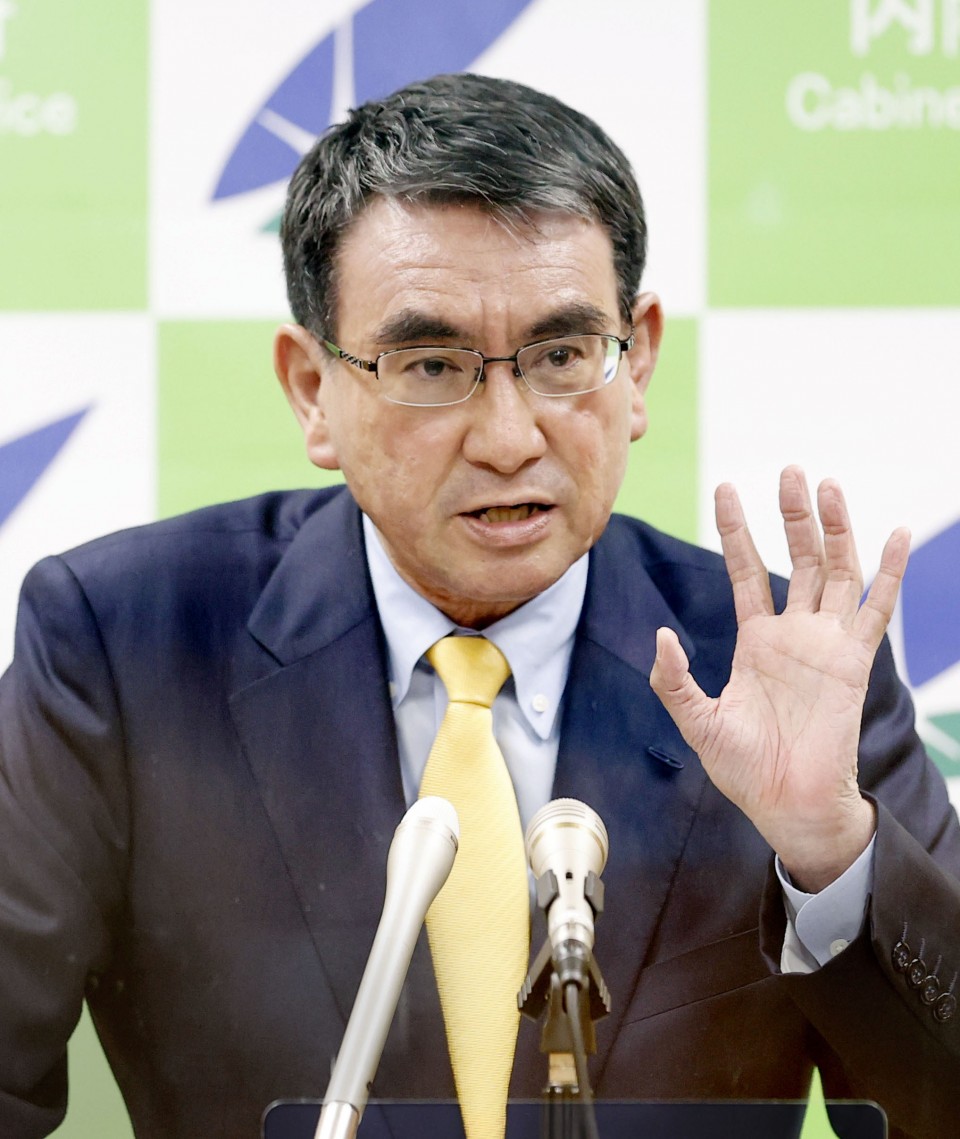 Taro Kono, Japanese minister in charge of vaccination efforts, speaks at a press conference in Tokyo on June 23, 2021. (Kyodo)

Kono said the government has hit its ceiling for how many doses of Moderna Inc.'s vaccine it can deliver to companies daily and most of the 50 million doses it expects to receive shipments of by September have already been allocated.

Applications for large-scale vaccination sites set up by prefectures, which also use the Moderna vaccine, will stop immediately, he said.

The move, which comes as Prime Minister Yoshihide Suga is seeking to finish inoculating everyone eligible among Japan's population of 125 million by November, does not affect hospitals and clinics administering Pfizer Inc.'s vaccine.

Vaccinations began Monday at major companies including Central Japan Railway Co. and SoftBank Group Corp. as well as on university campuses, ramping up a rollout that until then had largely been limited to health care workers and people aged 65 or older.

The government "will take appropriate steps to ensure vaccinations continue to go smoothly," Suga said in a meeting Wednesday with members of his Cabinet including Kono and health minister Norihisa Tamura.