A very rare bamboo flowering is being observed in Takamatsu in the western Japan prefecture of Kagawa, much to the surprise of local people.

Bamboo is said to blossom once every 60 to 120 years, depending on the species.

The rare event, at a bamboo forest near Mineyama Park in Takamatsu, extends for about 50 meters along a walking trail. Some of the bamboo has already fallen down after flowering.

The phenomenon was spotted by a passerby in late May. "Such an event had not been observed since the park opened about 40 years ago," said a park administration official. 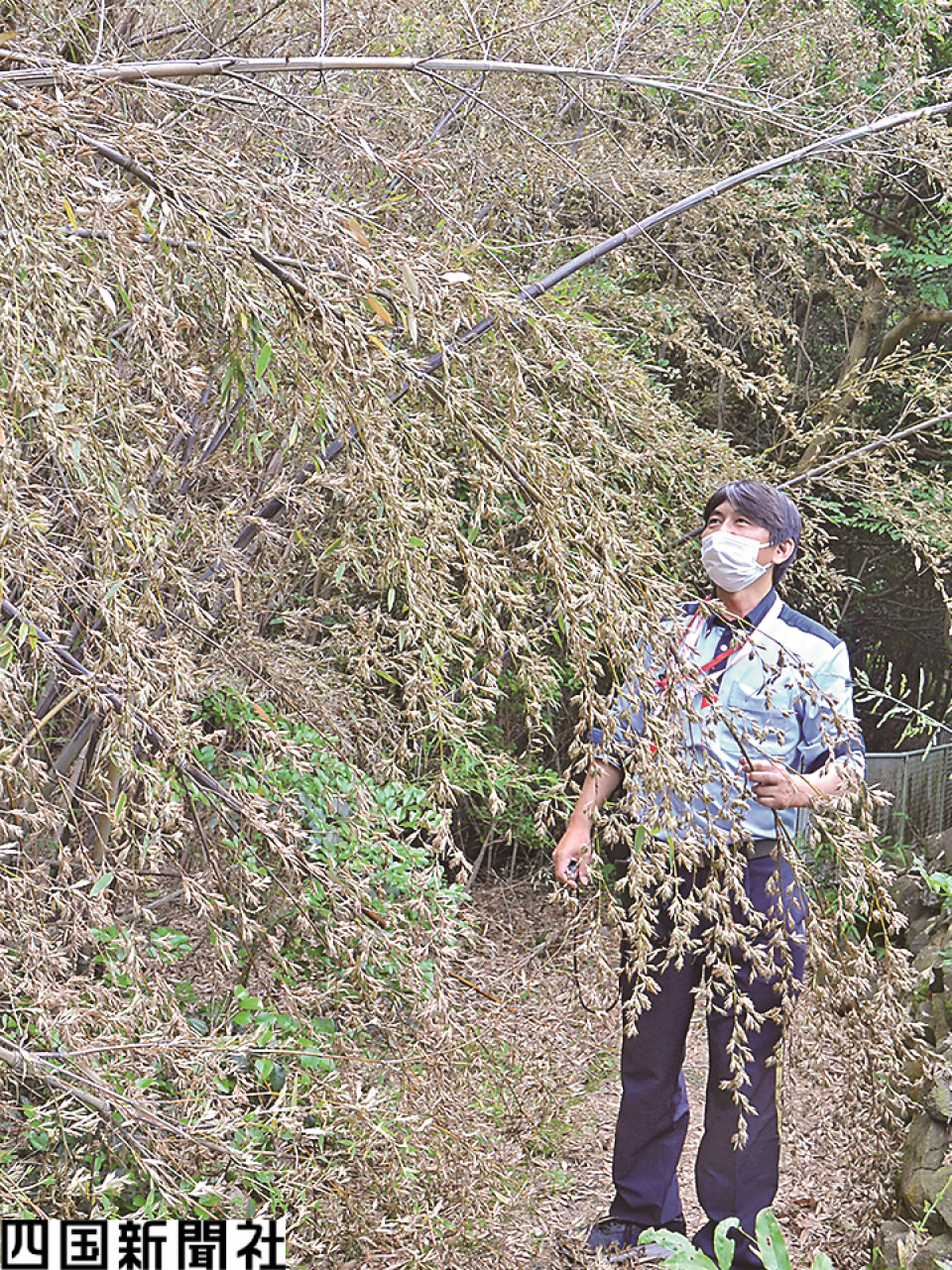