One of Asia's largest short film festivals opened Friday in a hybrid format combining screenings at venues in Tokyo and online amid the ongoing novel coronavirus pandemic, offering audiences a chance to see a variety of stories, from life amid the coronavirus pandemic to the struggles of migrants.

"We want to convey the future of entertainment and movies by actually holding the festival (and not just virtually)," even as some areas remain under a state of emergency in Japan, said Tetsuya Bessho, a Japanese actor who founded the Short Shorts Film Festival and Asia in 1999, at the opening ceremony of the event. 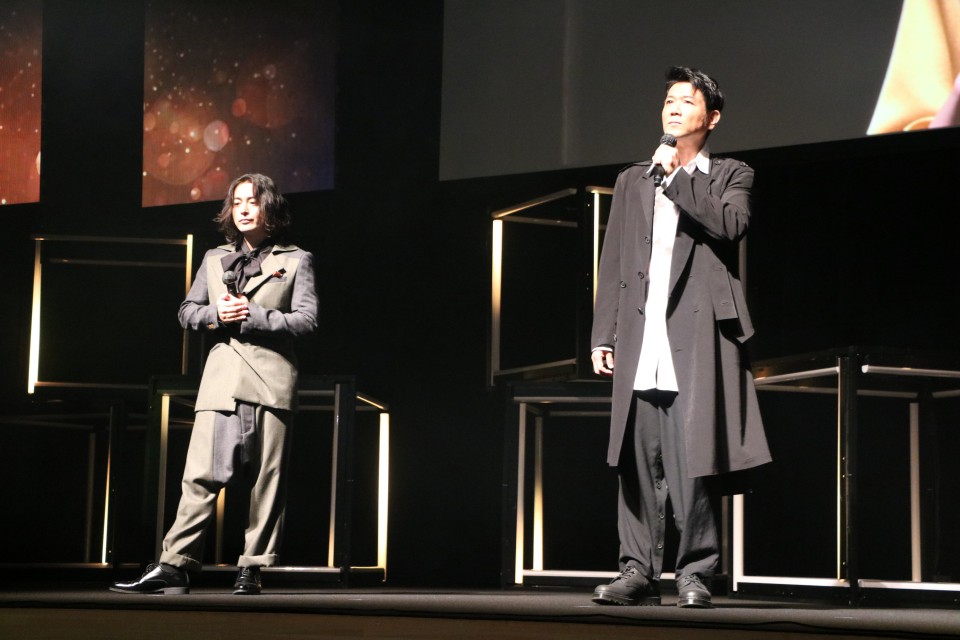 Photo shows Tetsuya Bessho (R), and Takayuki Yamada at the opening ceremony of the Short Shorts Film Festival and Asia in Tokyo on June 11, 2021. (Kyodo)

The film festival is the only international short film festival in Asia eligible to nominate four films to compete in the following year's Academy Awards.

It will showcase around 250 films from around 120 different countries and regions until June 21, while featuring for the first time films that were shot using smartphones.

The ceremony, which was also broadcast live on the internet, was also attended by Japanese celebrities, including actor Takayuki Yamada, who played the lead role in an original Netflix hit drama "The Naked Director."

Five prizes have already been awarded, including one for a film titled "Shut Up" that received the Shibuya Diversity Award. The award recognizes a work for diversity and inclusion, with such concepts being promoted by the ward of Shibuya in Tokyo.

The roughly 16-minute film by Israeli director Noa Aharoni Maor tells the story of a 12-year-old girl who is ashamed of and is struggling with Tourette Syndrome.

The Save the Earth! Minister's Award was given to an animation titled "Sad Beauty," which depicts a young woman who mourns the disappearance of animal species in a heavily polluted world and how nature appears to send her a message in her hallucinations.

Some of the films have already had advance screenings online for a global audience since April 27 and are slated to last through June 30.