Mana Iwabuchi scored a goal and set up two more as the Japanese women's national soccer team beat Mexico 5-1 on Sunday in their final game before their Tokyo Olympics squad announcement. 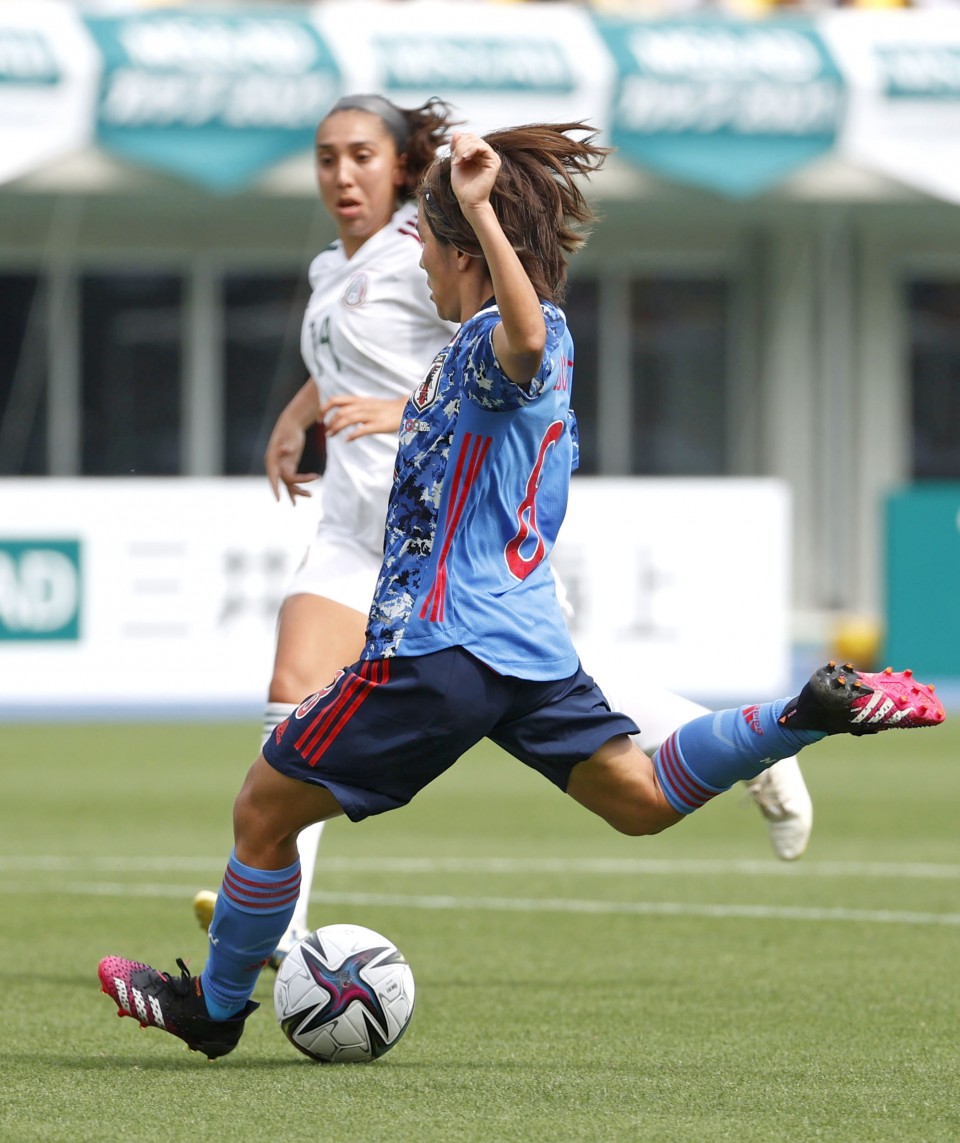 Mana Iwabuchi of Japan scores the opening goal in the first half of an international friendly against Mexico on June 13, 2021.(Kyodo)

"Mexico came into the game in very good condition...but we had good concentration to hang in there and play the game at our pace," Takakura said. "All the players had that desire, there was lots of good effort on display and they gave their best."

The combination between forwards Iwabuchi and Tanaka looked especially promising in the early stages as Tanaka struck the post and Iwabuchi shot at the opposing keeper Emily Alvarado from close range after each player set up her teammate.

There were two nervy moments before the half-hour mark as Stephany Mayor and Jaqueline Ovalle both capitalized on mistakes from the Japanese backline -- one an uncharacteristic failure by captain Saki Kumagai -- making Iwabuchi's 35th-minute opener all the more timely.

Three days after scoring a brace in Japan's 8-0 hammering of Ukraine, Iwabuchi struck again. She received the ball on the left from Honoka Hayashi before skipping past a defender inside the box and curling into the far corner. 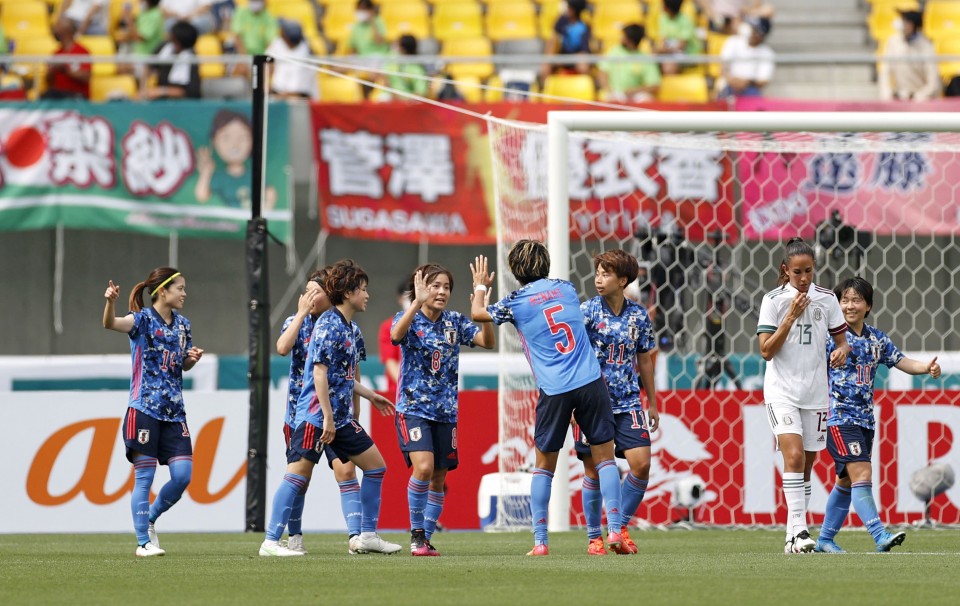 Mana Iwabuchi (8) of Japan high-fives with teammates after scoring the opening goal in the first half of an international friendly against Mexico on June 13, 2021. (Kyodo)

Tanaka doubled the lead within a minute after the interval, Iwabuchi turning provider with a low fast cross from the left for the forward to slide home.

Mexico struck back three minutes later, Mayor taking possession of the ball high up the pitch before sending a low cross from the right for Alison Gonzalez to strike high into the net.

But Japan quickly restored their two-goal cushion, Emi Nakajima immediately passing to Iwabuchi with a free kick in Mexico's half before Iwabuchi cut back for Momiki to slot home, the goal finally settling the home side.

Eighteen-year-old substitute Kinoshita scored the fourth in the 74th minute after forward Endo, also coming off the bench, crossed from the left. The youngster took a touch at the far post before shooting through the legs of a defender and into the bottom corner.

Endo put the icing on the cake three minutes from time, latching onto a floated through ball from Nakajima and steering home.

"I can imagine we will have a good team whoever gets picked," said Iwabuchi. "We did concede a goal but there were lots of positives to take defensively. I want to make sure we are even more clinical with our attacks too."

The 18-member Olympic squad will be announced after the team wraps up its current training camp on Wednesday.

They play a warm-up game on July 14 against an opponent yet to be announced before starting their Olympic campaign against Canada on July 21. They will also face Britain and Chile in Group E.