Japan's state-run mass coronavirus vaccination centers will start inoculating people aged between 18 and 64 on Thursday in an expanded drive to fill in vacant slots, the ministry in charge of operations said Tuesday. 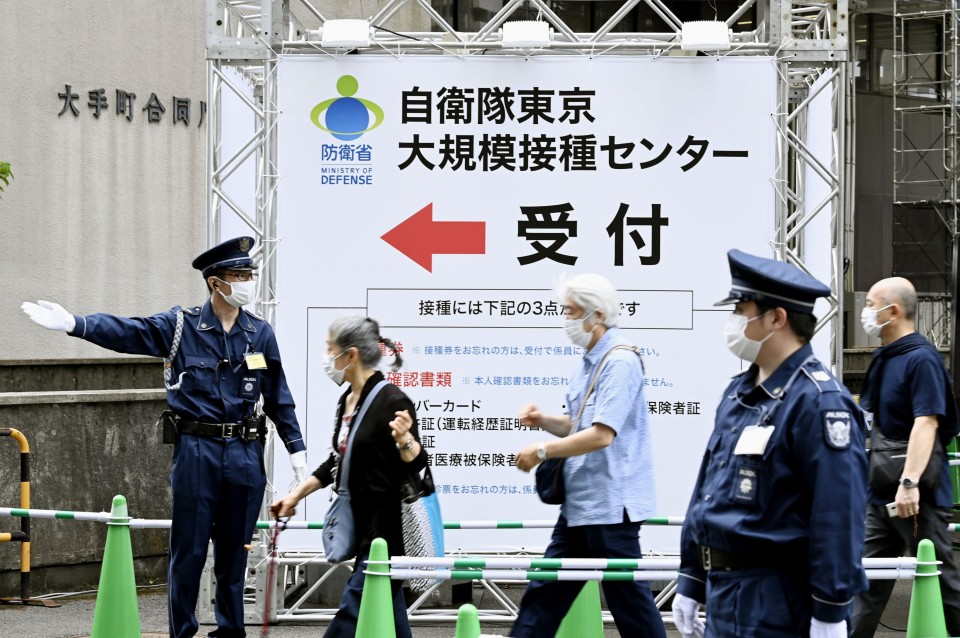 But as slots remained largely vacant for the two weeks through June 27, the ministry last week expanded the scope to accept people from nationwide. It also decided Tuesday to remove the age restrictions so as not to waste COVID-19 vaccines.

The ministry said it will start accepting reservation requests for vacant slots available at the venues from midnight Tuesday.

The centers, which can inoculate up to 10,000 people a day in Tokyo and 5,000 at the Osaka venue, will administer U.S. pharmaceutical company Moderna Inc.'s two-dose vaccine, which is recommended for those aged 18 and older.

The slots from July 28 onward are mostly filled by elderly people for their second-round shots.

Inoculations at the vaccination centers, run by the Self-Defense Forces, come in tandem with shots being administered at municipalities nationwide, mainly to health care workers and the elderly.

Some municipalities have already started vaccinations of people aged under 65 at their own venues.

Companies and universities were recently given the all-clear to administer vaccinations on site, with major airliners leading the initiative.

Prime Minister Yoshihide Suga has said the government is aiming to complete the vaccination of those aged 65 or older, as well as those turning 65 before next April, by the end of July and finish vaccinating Japan's population of 125 million by November.

About 5 percent of the population had been fully vaccinated as of Tuesday. The rate remains low compared with other industrialized countries.

Japan's vaccination rollout was launched in February for health care workers and widened to senior citizens in April at sites run by municipalities.