The Chinese activity was seen as likely a response to the Group of Seven leaders who called for peace and stability across the Taiwan Strait in a joint statement they released Sunday.

The air force planes involved in the intrusion included J-16 and J-11 fighters as well as anti-submarine patrol aircraft, according to the ministry. 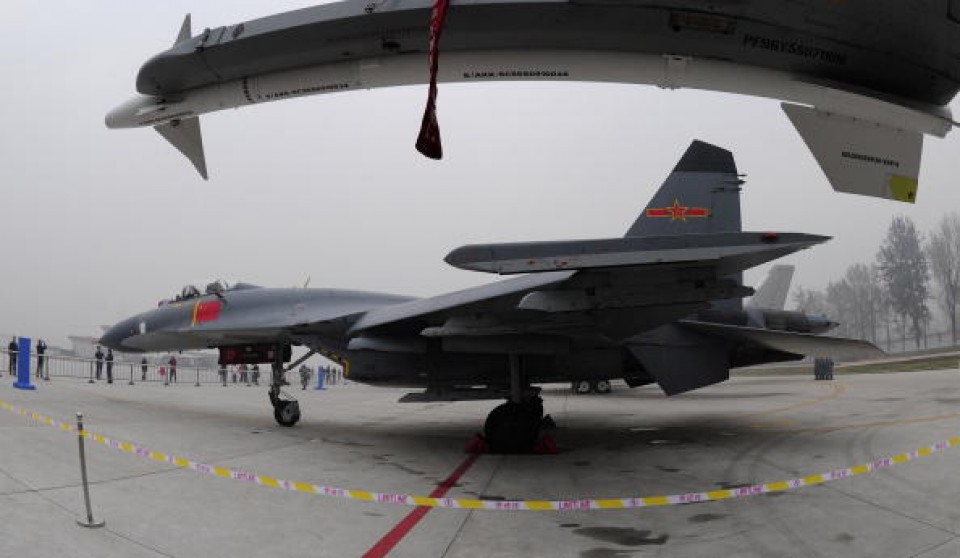 A J-11 fighter jet is displayed during a Chinese Air Force weapons exhibition at the Shahe Military Airport on Nov. 8, 2009 in Beijing of China. (VCG/Getty/Kyodo)

According to a report of Liberty Times Net, a Taiwanese newspaper, when the Taiwan air force told the Chinese air force planes to leave the zone, they responded, "Here is the high seas."

In the G-7 joint statement issued after a three-day summit in England, the leaders of Britain, Canada, France, Germany, Italy, Japan and the United States, plus the European Union, said, "We underscore the importance of peace and stability across the Taiwan Strait, and encourage the peaceful resolution of cross-Strait issues."

It was the first time that the G-7 has referred to the Taiwan situation in a leaders' statement.

He also said China is "firmly resolved" to safeguard its sovereignty and security.

Taiwan and mainland China have been separately governed since they split in 1949 as a result of a civil war. Their relationship has deteriorated under independence-leaning Tsai Ing-wen, who has served as Taiwan's president since 2016.

China regards the democratic island as a renegade province to be reunited with the mainland, by force if necessary.