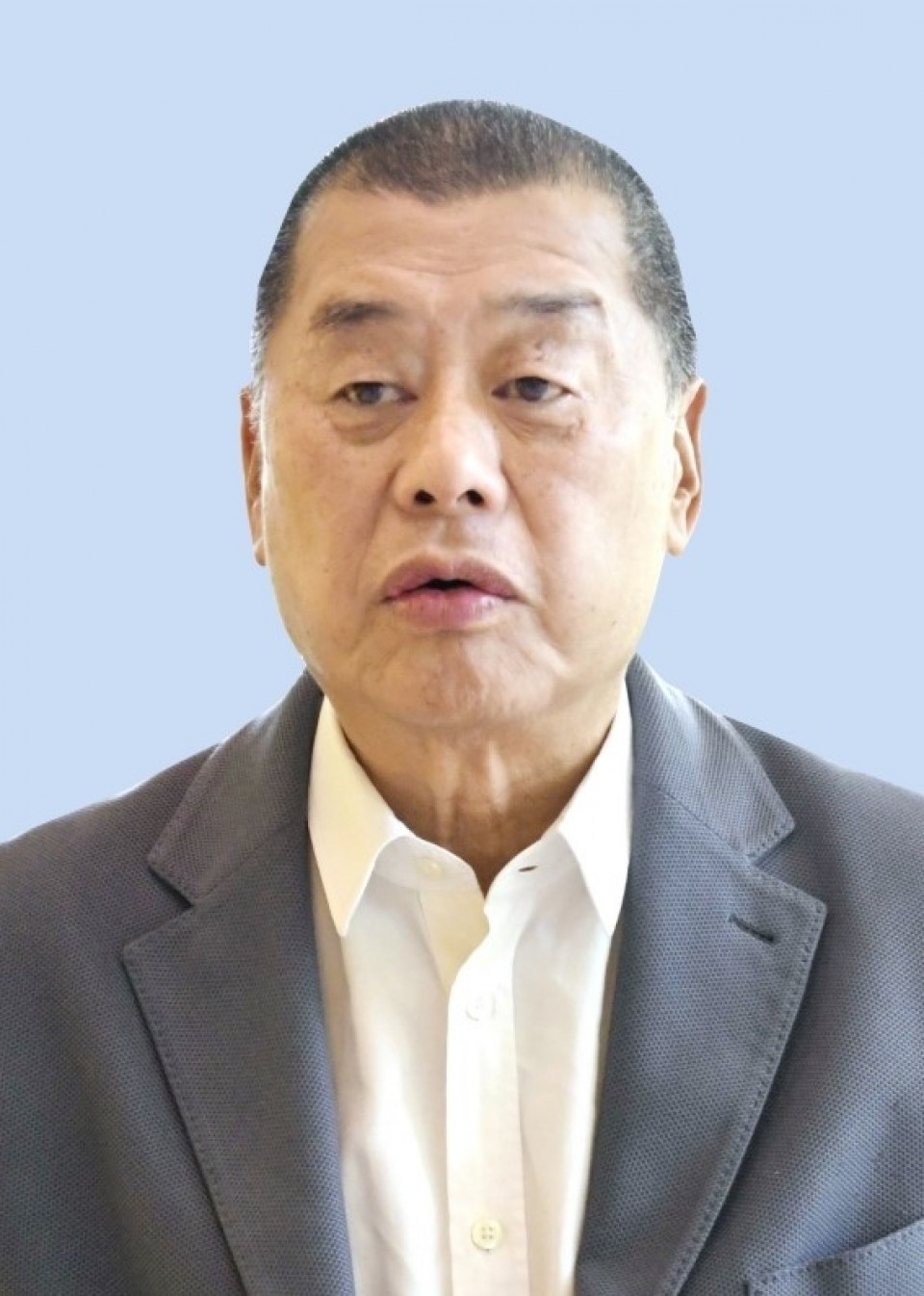 The police also raided the building housing the group's headquarters as well as the newspaper's office, according to the reports.

Jimmy Lai, the founder of the parent media group Next Digital Ltd., has already been indicted under the same law. The media mogul is charged with conspiring with foreign forces, a crime punishable by life imprisonment.

The police did not identify those arrested by name but confirmed five directors of a company, four male and one female, were taken into custody for "collusion with a foreign country or with external elements to endanger security" in violation of the national security law.

"We have very strong evidence that the questionable articles play a very crucial part in the conspiracy," Li said.

This is the second time a search has been conducted at the media building since August when Lai and other executives were arrested for collusion with foreign forces and fraud. Two of the five arrested Thursday were among those arrested then but were later released on bail.

"This is the conspiracy" in which the suspects try to make use of journalistic work to collude with a foreign country or external elements to take hostile activities against Hong Kong and China, Lee told reporters.

"I do not envisage any professional journalist would be conspiring to do any act to endanger national security," Lee said, urging journalists to "work as freely as you like in accordance with the law, provided you do not conspire or have any intention to break any Hong Kong law."

Meanwhile, Taiwan's Mainland Affairs Council, which handles Taiwan's relations with China, said in a statement that the Hong Kong government's action "is unimaginable in a democracy" and that it would only drive its people further away and is detrimental to its own image and that of the Communist Party of China.

Apple Daily said in an open letter that the daily will not budge in the face of political persecution.

"The law enforcement has labeled journalistic materials that were gathered openly as evidence of a crime."

The Next Media staff union condemned the police action as a blatant violation of press freedom.

"Actions by (police) today fully reflect how their power has expanded under the National Security Law," the union said in a statement posted on their Facebook page.

Lai, whose $64 million worth of assets in the company have been frozen by authorities while the criminal investigation continues, is currently serving time in prison for taking part in unauthorized assemblies in 2019. He is due to face trial on the collusion and fraud charges.

Stock trading of Next Digital was halted Thursday.