Los Angeles Angels starter Shohei Ohtani did not factor into the decision in Wednesday's 9-3 extra-inning loss to the San Francisco Giants, tossing more than 100 pitches for only the third time in his MLB career.

Ohtani pitched six innings of one-run ball, giving up six hits with nine strikeouts, two walks and a wild pitch. The Japanese two-way player went 0-for-3 at the plate, grounding out once and striking out swinging twice.

"It was hot but I'm glad I was able to work through long innings," Ohtani said.

"I think I did all right, other than that one bad pitch that turned into a homer (in the fifth). I wish I could've created more offensive chances as a hitter, but it was tough," he said. 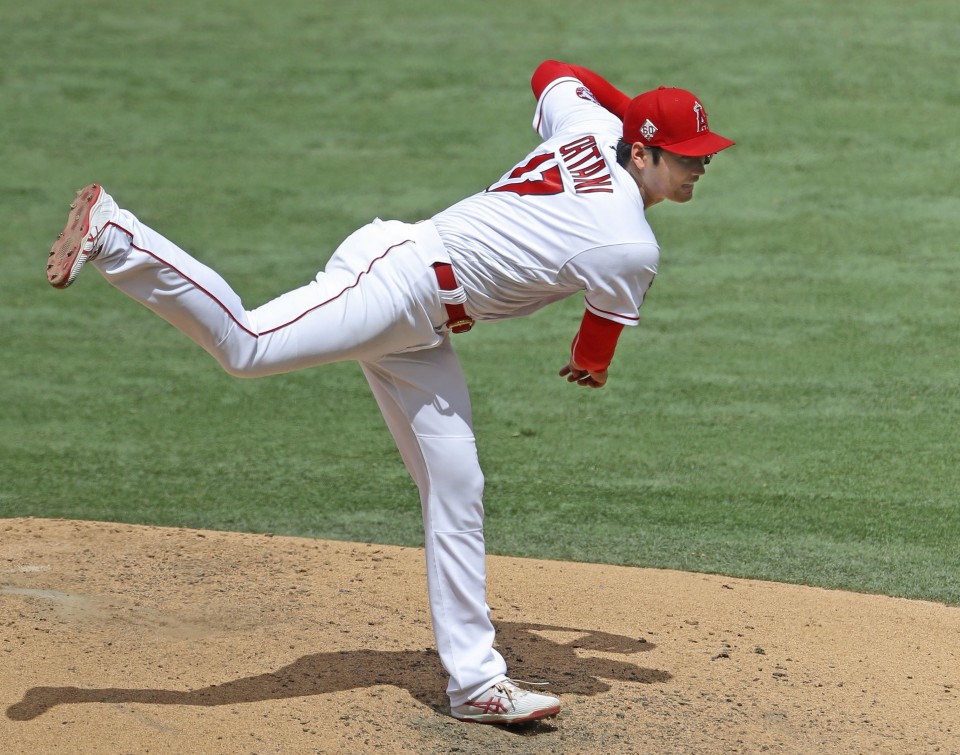 Shohei Ohtani of the Los Angeles Angels pitches against the San Francisco Giants on June 23, 2021, at Angel Stadium in Anaheim, California. (Kyodo) ==Kyodo

The game at Angel Stadium featured 14 pitchers and saw a wild finish with the eventual game-winning run scored on a bases-loaded walk in the 13th inning.

In the top of the 13th, Angels reliever Alex Claudio (1-2) issued three straight walks, including one intentional and one to Brandon Crawford that broke a 2-2 tie. Mike Tauchman hit a three-run homer to cap a seven-run uprising that put the game out of reach.

While Ohtani batted for himself as a pitcher, Alex Dickerson batted as the Giants' designated hitter -- a history-making game in which a National League team had a DH and an American League team did not.

Ohtani, who threw 105 pitches, surrendered a solo shot to Mike Yastrzemski in the fifth but worked out of a two-on, one-out jam by striking out two batters in a row. The last time he threw more than 100 pitches was in May 2018, his rookie season in the majors.

Dominic Leone (1-0), the sixth of seven pitchers the Giants sent to the mound, earned the win.