In their opening statement at the Tokyo District Court, prosecutors said that Michael Taylor, a 60-year-old former Green Beret, and his son Peter, 28, had been told by Ghosn's wife Carole that the former chairman would be thrown in jail if they did not help him escape. 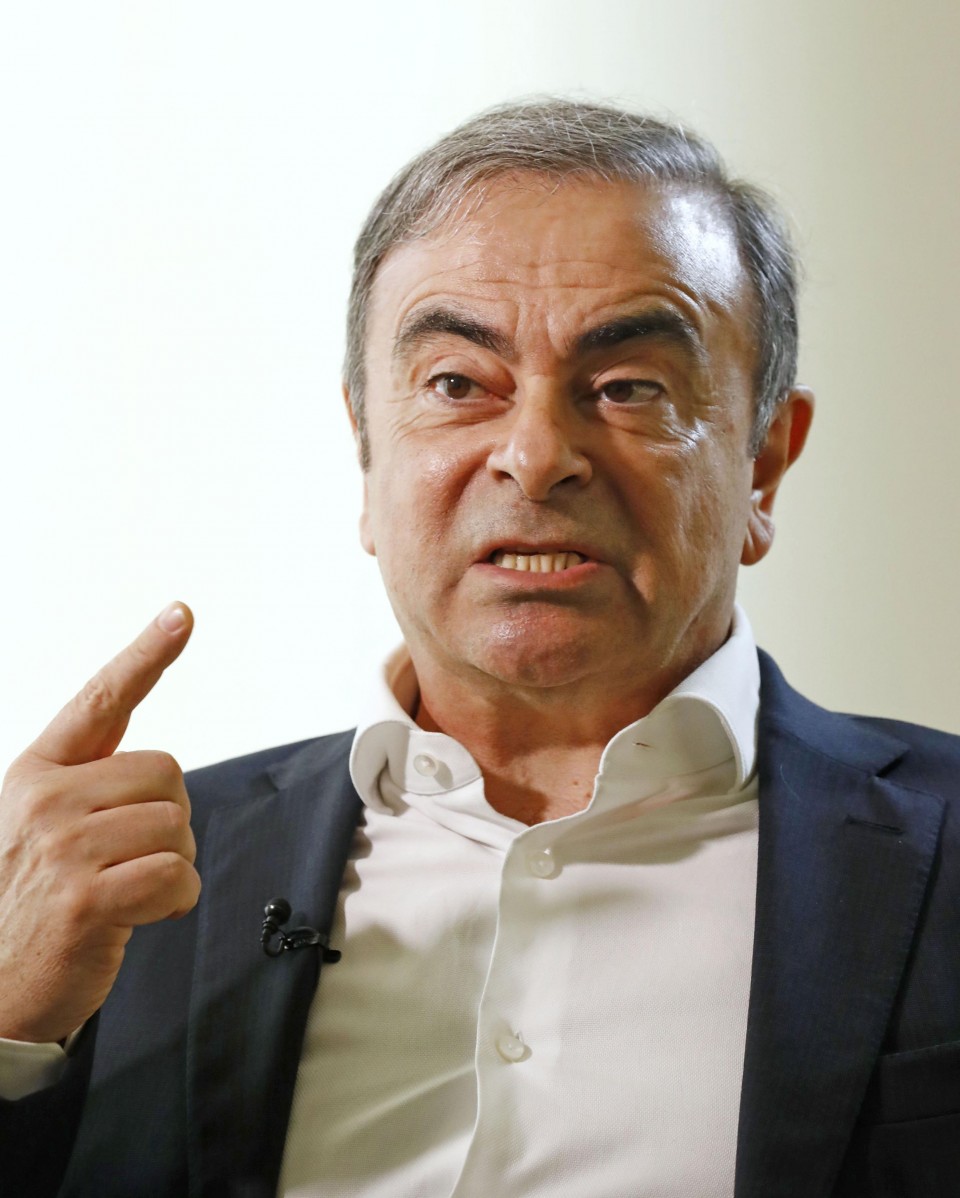 In January 2020, Japan requested that Interpol put out a wanted notice for Carole, 54, who is in Lebanon with her husband.

According to the indictment, the father and son helped Ghosn, 67, flee from his residence in Tokyo's Minato Ward to a hotel in the capital and then another in Osaka Prefecture on Dec. 29, 2019 before making their way to Kansai International Airport.

They then hid Ghosn in a box, passed through airport security and flew him aboard a private jet to Turkey despite knowing that the former auto titan was prohibited from traveling abroad under his bail conditions.

Ghosn then flew to Lebanon, one of three countries he is a national of and one that does not have an extradition treaty with Japan.

According to prosecutors, after Ghosn came up with the idea of hiding in a box, the senior Taylor obtained a large case used for carrying audio equipment in Lebanon.

On the day of the escape, he also offered 1 million yen ($9,000) in cash to a worker at the private jet facility at Kansai International Airport to ensure there would be no security check and the flight would go ahead as scheduled, but the worker returned the tip, they said.

Around two months prior to his escape, Ghosn transferred around $860,000 to the junior Taylor's company account to fund the escape. After an arrest warrant was issued for the Taylors, Ghosn also moved funds in cryptocurrency to cover their lawyer fees.

The defense revealed that the Taylors are relatives of Ghosn and argued that the son had less involvement in the crime than the father.

The Taylors, arrested in Massachusetts last year by U.S. authorities at Japanese prosecutors' request, had fought extradition in the U.S. courts, but the U.S. Supreme Court turned down their appeal in February. They were arrested when extradited to Japan from the United States in March and indicted the same month.

Ghosn, who was arrested in 2018, faces charges of underreporting his remuneration by millions of yen for years and misusing Nissan funds. He has denied all charges, insisting he is the victim of a coup staged by Nissan executives.

Japan has been seeking the detention of Ghosn via Interpol.

French investigators in May and June questioned Ghosn in Beirut over the alleged misappropriation of funds at Nissan's alliance partner Renault SA, where he also formerly served as CEO.