At least one person died and 99 residents remain unaccounted for after part of a 12-story condominium collapsed early Thursday in a seaside suburb of Miami, Florida, U.S. media and local authorities said.

Ten people were injured and there is concern that the death toll could rise but it is unclear how many residents were in the building at the time of the accident, as some are believed to live in the Miami area only part of the year. 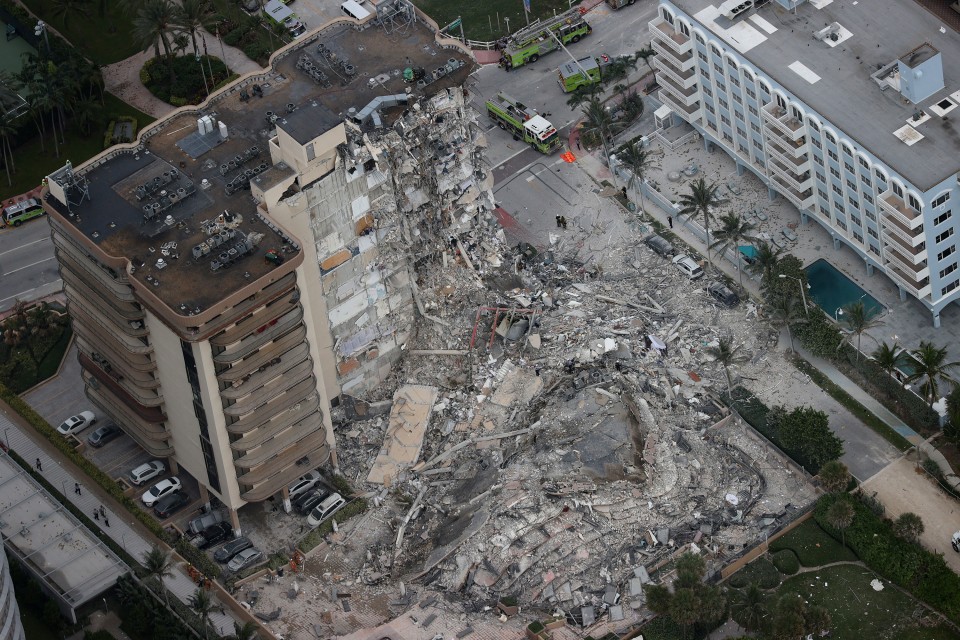 Search and rescue personnel work in the rubble of the 12-story condo tower that crumbled to the ground after a partial collapse of the building on June 24, 2021 in Surfside, Florida.(Getty/Kyodo)

Large-scale recovery operations are under way at the condominium complex, with several dozen people including children having been rescued. Among those who remain unaccounted for are people from South American countries such as Argentina and Venezuela.

Relatives of the first lady of Paraguay, Silvana Lopez Moreira, were also among the dozens missing, according to U.S. media.

According to the Japanese Consulate General in Miami, there is no indication any Japanese nationals are among the missing.

The condominium was built in 1981 and is located near Miami Beach, a well-known resort area with many condominiums and hotels. About 50 of its roughly 130 units collapsed.

A large amount of debris was shown on U.S. television channels scattered around the site. There was unconfirmed information that the building was being renovated, but the connection between any construction work and the incident is unclear, the media said.

A U.S. newspaper reported that local authorities had compiled results of a study last year which showed the foundations of the building had been subsiding since the 1990s, leading to instability.

Florida Gov. Ron DeSantis declared a state of emergency and expressed his intention to do everything possible to search for and assist victims. "We still have hope to be able to identify additional survivors," he told reporters.