Iran's presidential election brought a conservative hard-liner to power for the first time in eight years, vote counting showed Saturday, heightening concern about a flare-up of tensions between Tehran and the international community. 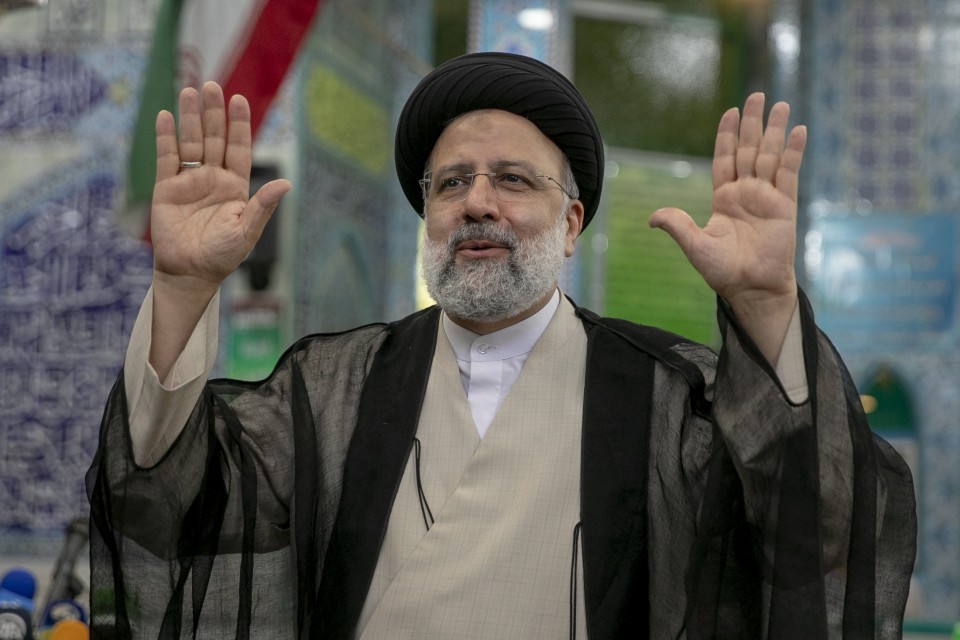 Ebrahim Raisi waves to the media after casting his vote at a polling station on June 18, 2021. (Getty/Kyodo)

Moderate and former Central Bank chief Abdolnasser Hemmati conceded his defeat by Raisi, congratulating him on his landslide victory, while the two other losing candidates did likewise in separate messages, local media said.

The Interior Ministry reportedly said Raisi won 61.95 percent of votes cast in Friday's election, which had a record low voter turnout of 48.8 percent.

Raisi after meeting with Rouhani later in the day, vowed to do his best to shoulder the heavy responsibilities entrusted by the people, the official Islamic Republic News Agency reported.

"In the new government, we will do our best to untie the knots of the country, especially in the field of people's livelihood problems," Tasnim News Agency quoted him as saying.

Conservative hard-liners will regain power in Tehran for the first time since 2013, raising concerns that tensions between Iran and the international community, including the United States, will rise again over issues such as nuclear development.

Out of more than 59 million eligible voters, 28.6 million Iranians participated in the election, local media reported.

Low turnout had been expected due to voter apathy, with candidates who could have rivaled Raisi disqualified before the campaign.

Raisi has promised to fight corruption and poverty. He has indicated that he would continue indirect talks with the United States on reviving a 2015 nuclear deal while making it clear he will call for sanctions against Iran to be lifted.

The Rouhani administration, which has advocated constructive cooperation with the international community, struck the deal with six major powers, agreeing to limit Iran's nuclear activities in return for sanctions relief.

The deal initially had a positive impact on the economy. But in 2018, after then President Donald Trump pulled the United States out of the agreement, subsequent U.S. sanctions caused rising prices, a plunging currency and high unemployment in Iran.

Rouhani came under fire, and his support declined.

Raisi, 60, has been the chief of Iran's judiciary since 2019. He previously held several other posts in Iran's judicial branch since the 1979 Islamic Revolution.