A search continued Friday for a roughly 3.5-meter-long pet python that managed to break free and slither away from an apartment near Tokyo, according to local police.

The owner notified police around 9:25 p.m. Thursday after returning to his second-floor condo in Yokohama, Kanagawa Prefecture and discovering that his reticulated python was not in its enclosure. 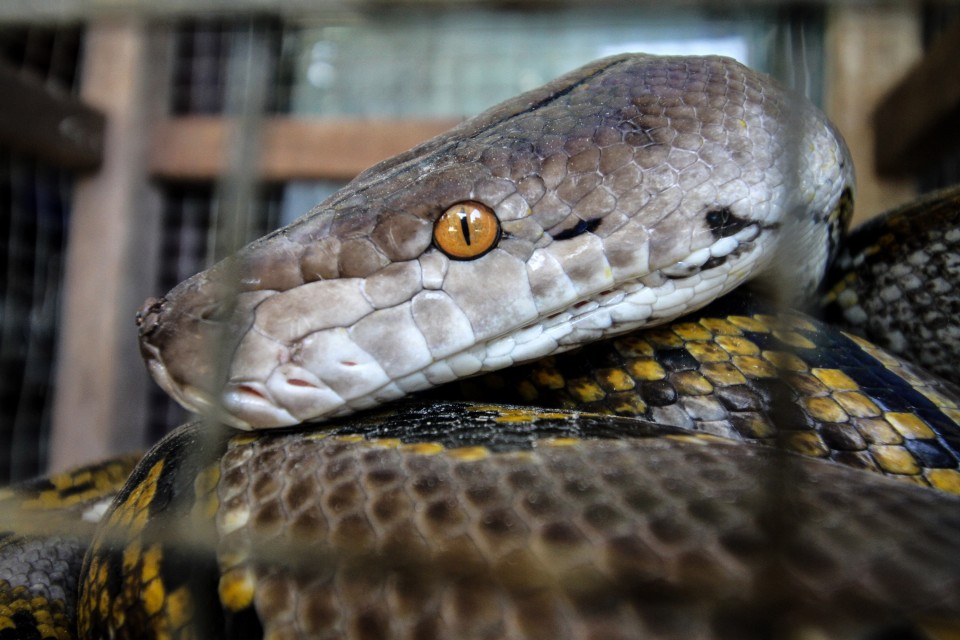 The species is considered one of the world's largest snakes, and according to police, the missing reptile weighs about 13 kilograms.

Although not venomous, the snake is able to constrict and suffocate its prey. Owners in Japan must obtain permission from their local government to keep the animal.

The python is believed to have escaped from an open window to a mountain behind the condominium building, the police said. 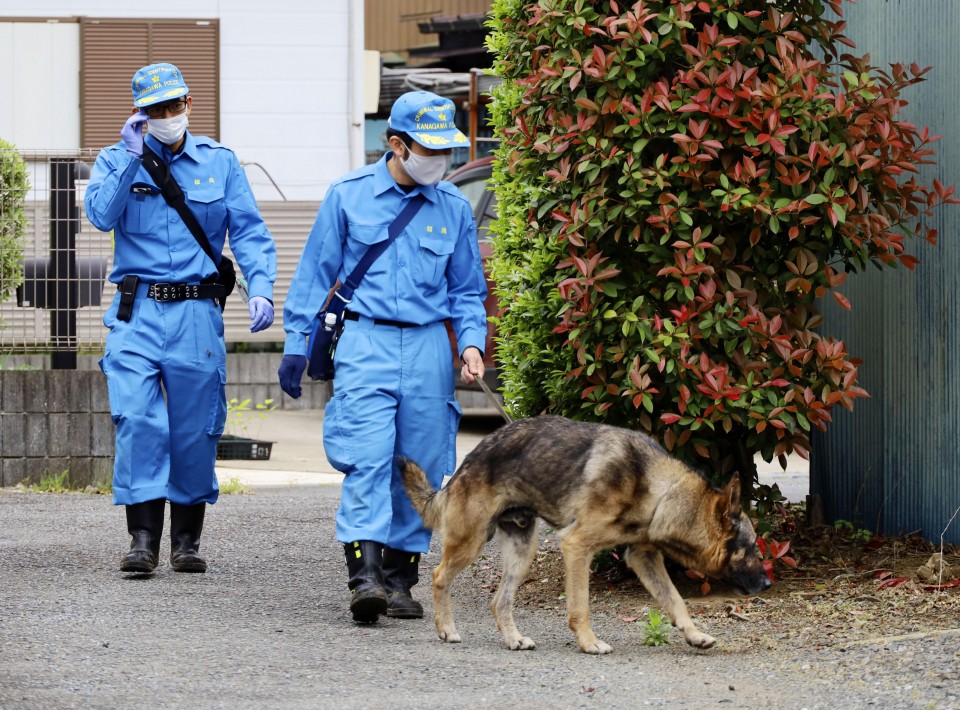 Investigators and a police dog in Yokohama on May 7, 2021 search for a roughly 3.5-meter-long pet python that managed to break free and slither away from an apartment in the city. (Kyodo)