The five-crew-member Hokko Maru No. 8 belonging to a fishery cooperative based in Hokkaido's Mombetsu was catching hairy crabs when the collision occurred at around 6 a.m., according to the Japan Coast Guard. One of the two crew members rescued alive was slightly injured. 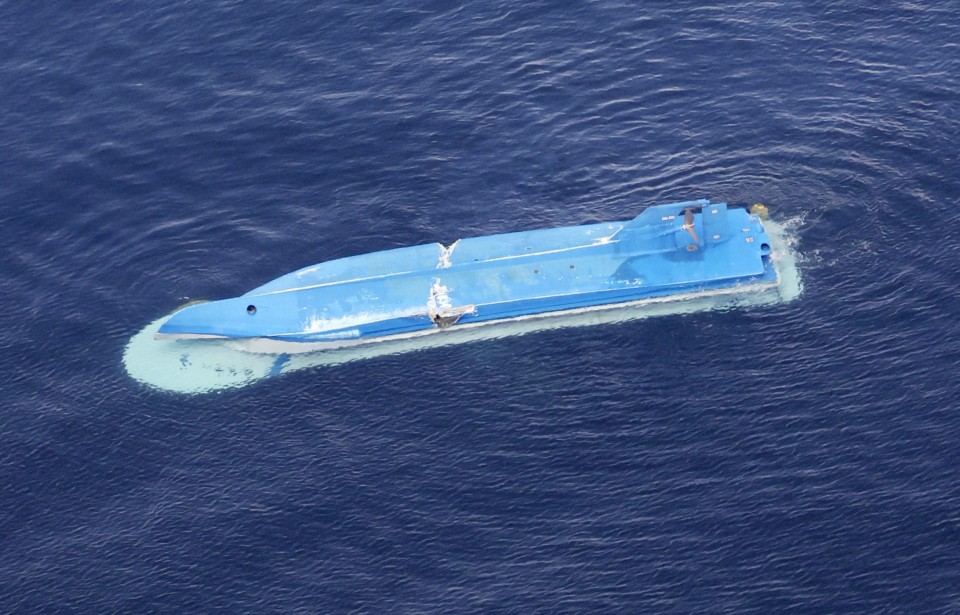 Photo taken from a Kyodo News helicopter on May 26, 2021, shows a Japanese fishing boat that capsized off Hokkaido's Monbetsu after colliding with a Russian vessel. (Kyodo)

The three dead were Masayoshi Numahata, a 64-year-old chief engineer, Shunsuke Konno, 39, and Masatoshi Inoue, 37, who were both deckhands, according to the coast guard and local rescue workers.

The Russian vessel Amur with 23 crew members was transporting seafood to Mombetsu from Sakhalin in Russia's Far East, it said.

Russian officials said in a statement the Japanese vessel did not send a signal amid low visibility due to fog, and that they will investigate the actions of the Russian vessel's crew members.

Meanwhile, a crew member of the Hokko Maru No. 8, who did not want to be identified, told the coast guard "it was the Russian vessel that collided into" their boat.

The five men, three of them showing no vital signs, were taken from the sea by the Amur and then brought back by the coast guard to their home port, roughly 23 kilometers away from the accident site, at around 10 a.m. The deaths of the three men were then confirmed.

A dense fog advisory had been issued in the sea off Mombetsu port at the time, according to a local meteorological observatory.

The coast guard quoted the Hokko Maru crew as saying they were unable to move the boat before the collision with the Russian vessel as they were catching crabs with ropes. 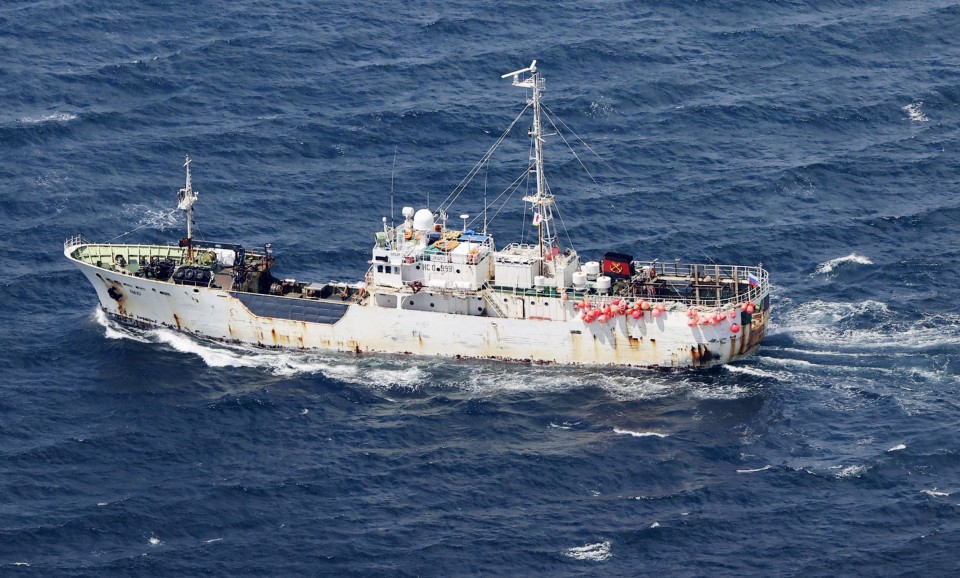 Photo taken from a Kyodo News helicopter on May 26, 2021, shows the Russian vessel Amur, which collided with a Japanese fishing boat off Hokkaido's Monbetsu. (Kyodo) 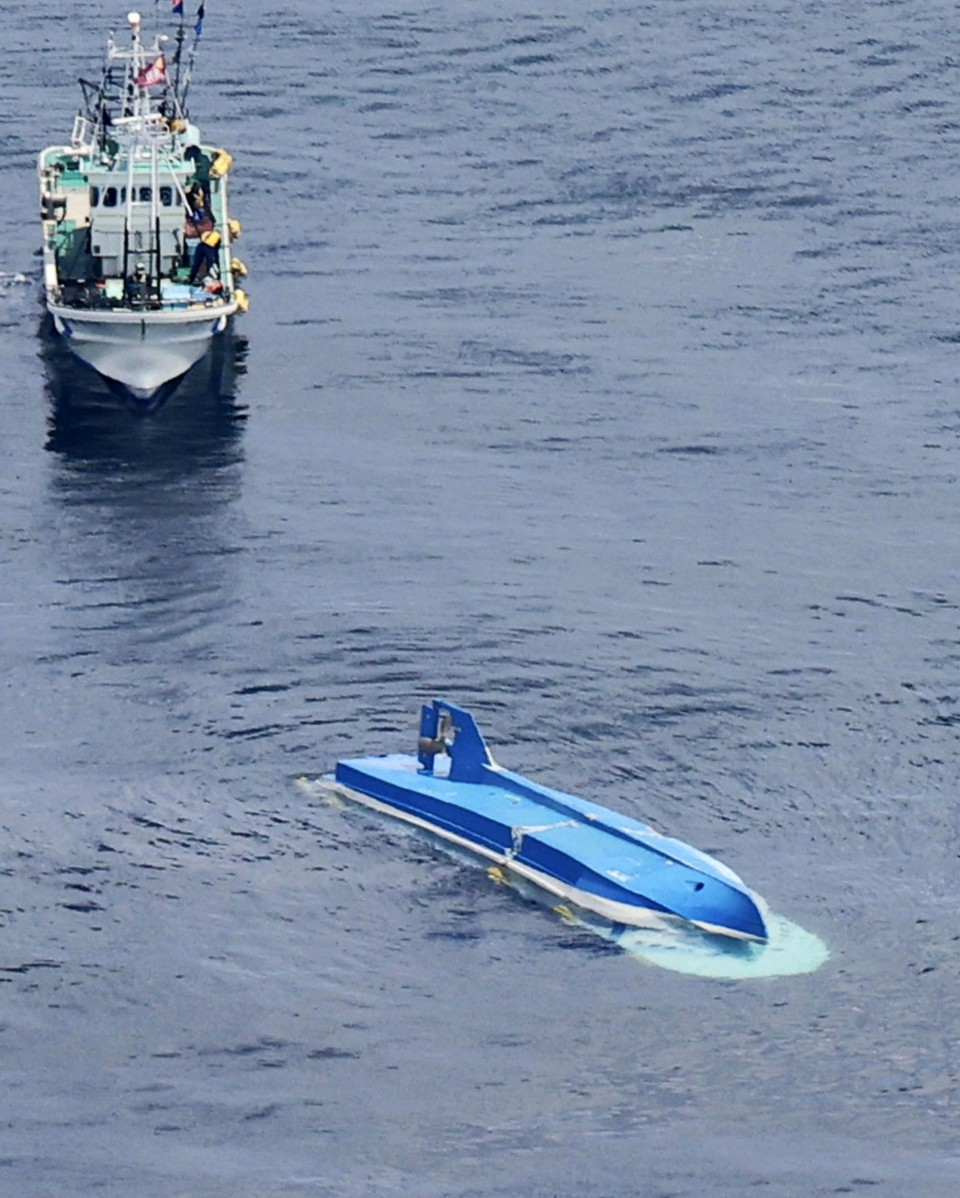