The Tokyo Olympic torch relay is likely to be taken off public roads in Hokkaido, whose biggest city Sapporo is the venue for the marathon and race walking events, because of a spike in coronavirus infections, a local official said Wednesday.

The nationwide relay's segment in Hokkaido is scheduled for June 13 to 14. Japan's northernmost main island has been under a state of emergency since mid-May after repeatedly seeing record daily numbers of COVID-19 infections. 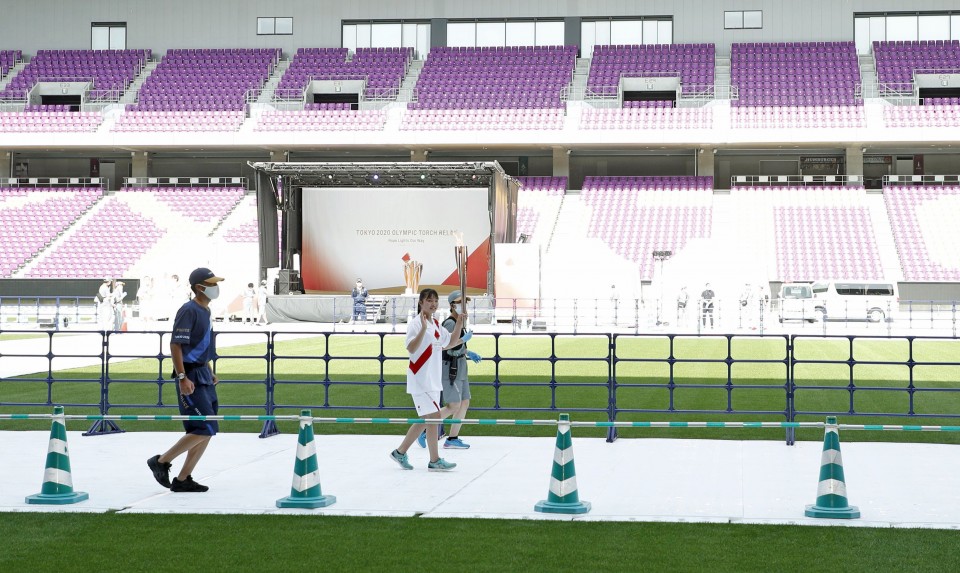 The Tokyo Olympic torch relay takes place on May 25, 2021, at Sanga Stadium in the Kyoto Prefecture city of Kameoka, western Japan, without spectators amid the coronavirus pandemic. (Kyodo) ==Kyodo

Given that the emergency is set to be extended beyond its end date of May 31 as the infection situation has not significantly improved, the official said the Hokkaido government plans to cancel the two-day relay on public roads in 18 municipalities and will discuss the matter with the Tokyo Games organizing body.

Hokkaido Gov. Naomichi Suzuki told reporters it will be "difficult to carry out the event on public roads if the emergency is extended."

Before the Summer Games' postponement last year due to the global outbreak of the virus, organizers moved the marathon and race walking events from Tokyo to Sapporo to avoid the Japanese capital's extreme heat in summer.

Chiba, a prefecture adjacent to Tokyo, is also considering taking its three-day relay from July 1 off public roads in an effort to prevent the spread of the virus.

Chiba, which will stage eight sports during the Olympics and Paralympics, will be the 44th of the country's 47 prefectures for the flame to visit. The relay in Tokyo is scheduled to begin July 9.

The nationwide relay kicked off in Fukushima Prefecture on March 25, but the event has been scaled down in a number of areas due to a resurgence of infections, with the Japanese government and other organizers have been struggling to turn public opinion in favor of opening the Tokyo Olympics on July 23.

The Japanese capital has been under a COVID-19 state of emergency for a month. Tokyo Gov. Yuriko Koike told reporters on Wednesday the measure should be extended for another month or so beyond its May 31 deadline as infections have yet to subside. 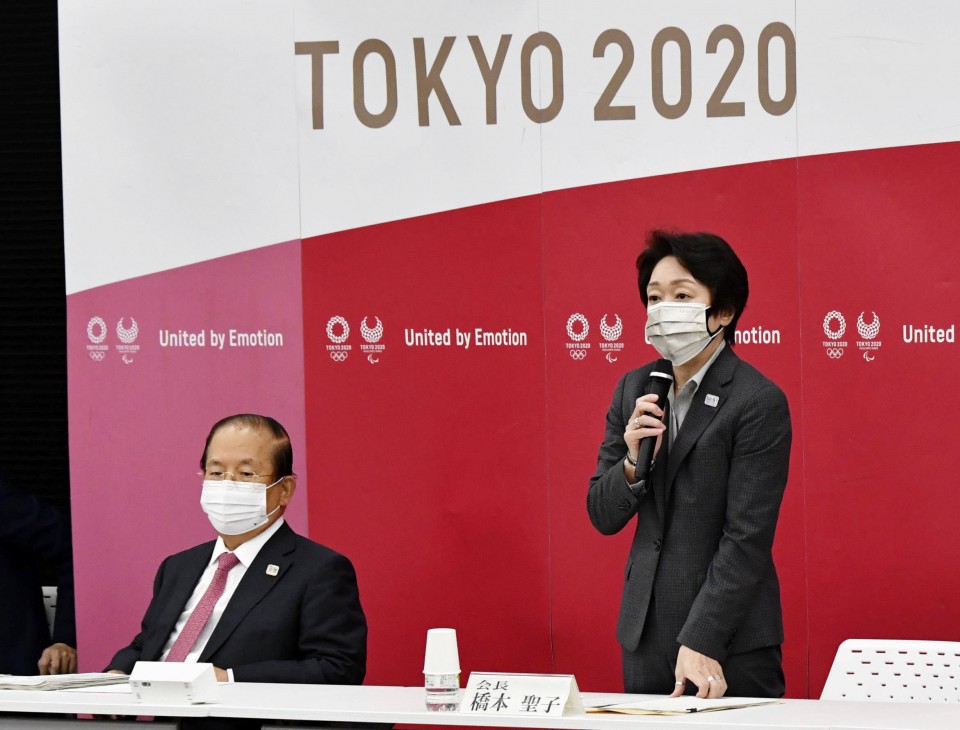 Seiko Hashimoto (R), president of the Tokyo Olympic and Paralympic organizing committee, speaks at a board meeting of the committee in the Japanese capital on May 26, 2021, with CEO Toshiro Muto seen on the left. (Pool photo) (Kyodo) ==Kyodo

Seiko Hashimoto, president of the Tokyo Games organizing committee, speaking at a meeting of its executive board, said it is important to share more information with the public.

"Preparations to hold a safe and secure games have steadily been progressing, but it is necessary to step up efforts to have the people of Tokyo and the country realize that," she said, while reiterating that the organizers will take all possible measures to stage a "successful" Olympics and Paralympics.

Last week, John Coates, a vice president of the International Olympic Committee, said the games will open even if the capital remains under the emergency and that comment during an online press conference has caused controversy.