Over half say Japan needs to amend Constitution for virus response

More than half the respondents in a Kyodo News survey released Saturday believe Japan needs to amend its Constitution to introduce an emergency clause so that it can better respond to the coronavirus pandemic and other disasters.

The survey showed 57 percent of people polled see the need to add a clause that would give more power to the Cabinet and limit private rights, eclipsing the 42 percent who said such a stipulation is not necessary. 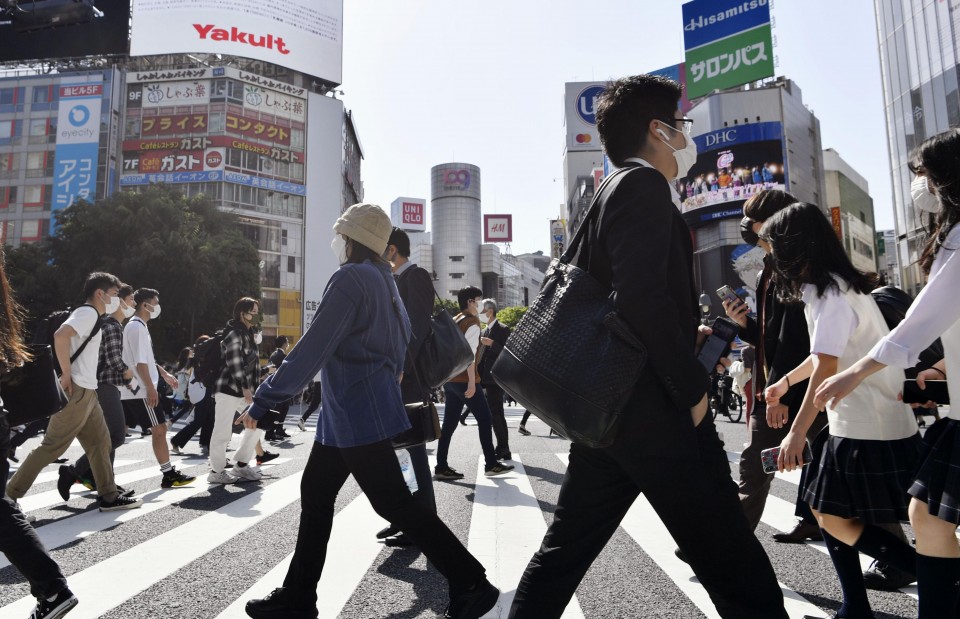 The survey was conducted by mail in March and April ahead of Constitution Memorial Day on Monday, targeting 3,000 people aged 18 or over, of whom 61.3 percent gave valid answers.

It also showed people were divided over whether eateries complying with authorities' requests to cut their operating hours should be compensated based on the Constitution that guarantees property right.

At present, the government provides money for restaurants and bars that comply with the authorities' requests, but does not cover their losses based on the supreme law.

A total of 50 percent said they should be compensated based on the Constitution, while 47 percent said such a measure is not necessary.

Public worries over the prolonged fight against COVID-19 are believed to have fanned calls for stronger anti-virus measures with the introduction of an emergency clause as the current government steps appear to lack teeth.

For example, Japan's state of emergency over the virus does not entail a hard lockdown of the kind some other countries have imposed and largely relies on the cooperation of the public and businesses.

Asked about the issue of amending the Constitution in general, which has never been realized since its entry into force in 1947, 69 percent said they were interested or somewhat interested.

In a separate question about the need to revise the supreme law, 66 percent said they believe changes are necessary against 30 percent who said they are not.

Among those who pointed to the need for constitutional amendment, 65 percent said the supreme law no longer suits the times.

In a question asking respondents to raise two specific items they believe should be discussed regarding potential changes, 44 percent referred to the war-renouncing Article 9 in relation to Japan's Self-Defense Forces, followed by 36 percent who called for a debate on the emergency clause.

Altogether, 51 percent of the general respondents said Article 9 needs to be amended, while 45 percent said a revision is not necessary.

In the group of people who did not call for constitutional amendment, 43 percent said they think changes are not necessary because Article 9 of the pacifist Constitution has kept peace in Japan.

Asked whether they think parliament sessions should be held online while the coronavirus is spreading, 79 percent were in favor of virtual gatherings, while 20 percent were against them.

Article 56 of the Constitution states the attendance of at least a third of members of both houses is needed for parliamentary proceedings, leading to a view that it bars holding a Diet session online.

TV and radio commercials on the issue are already subject to restrictions by law because their exposure depends on campaigners' funds and cannot ensure fairness.

Amending the Constitution requires approval by two-thirds majorities in both houses of parliament, followed by majority support in a national referendum.