Rui Hachimura scored 14 points Friday to help the Washington Wizards outgun the Cleveland Cavaliers 120-105 and clinch an NBA playoff play-in tournament berth with one game remaining in the regular season.

The second-year forward from Japan shot 7-from-15 as part of a balanced Washington offensive effort that included 21 points from Russell Westbrook, 17 from Davis Bertans and 14 from Robin Lopez. 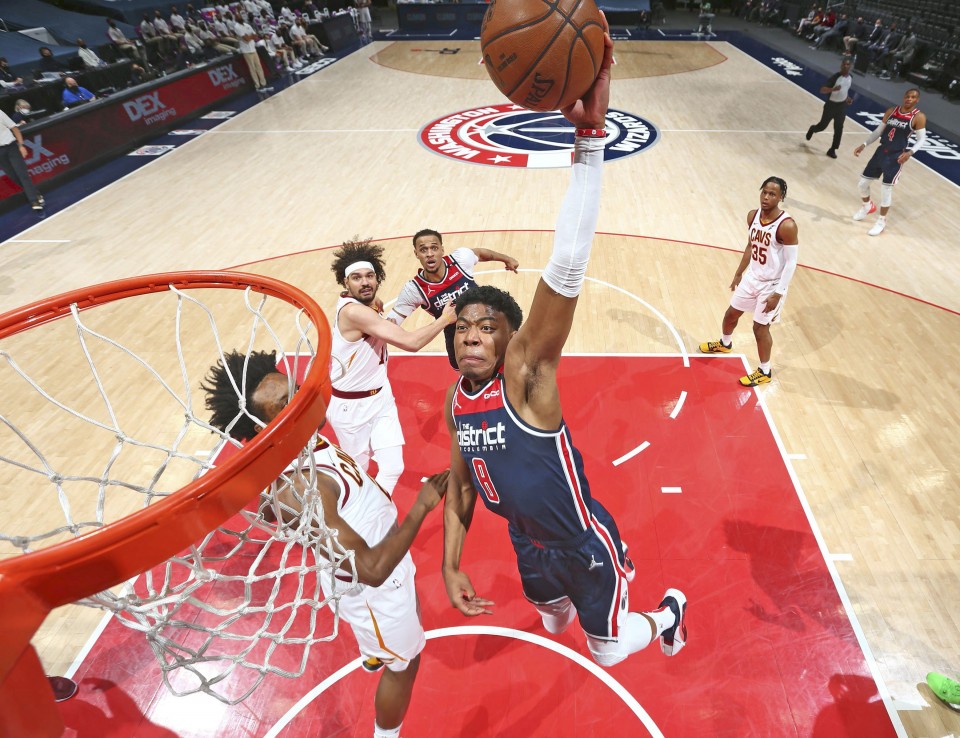 Rui Hachimura #8 of the Washington Wizards drives to the basket during the game against the Cleveland Cavaliers on May 14, 2021 at Capital One Arena in Washington. (Copyright 2021 NBAE)(NBAE/Getty/Kyodo)

The victory at Washington's Capital One Arena guaranteed the Wizards will finish no worse than 10th in the Eastern Conference standings, while they can improve to as high as eighth.

The play-in tournament starting Tuesday will involve the teams ranked seventh to 10th in each conference at the end of the regular season. Two teams from each conference bracket will advance to the playoffs.

Yuta Watanabe did not dress Friday for the Toronto Raptors, who lost 114-110 on the road against the Dallas Mavericks, having already been eliminated from the running for the play-in tournament.