Late Japanese fashion designer Kenzo Takada's private collection of some 400 artworks, pieces of furniture and other items that graced his Paris apartment were auctioned Tuesday in Paris. 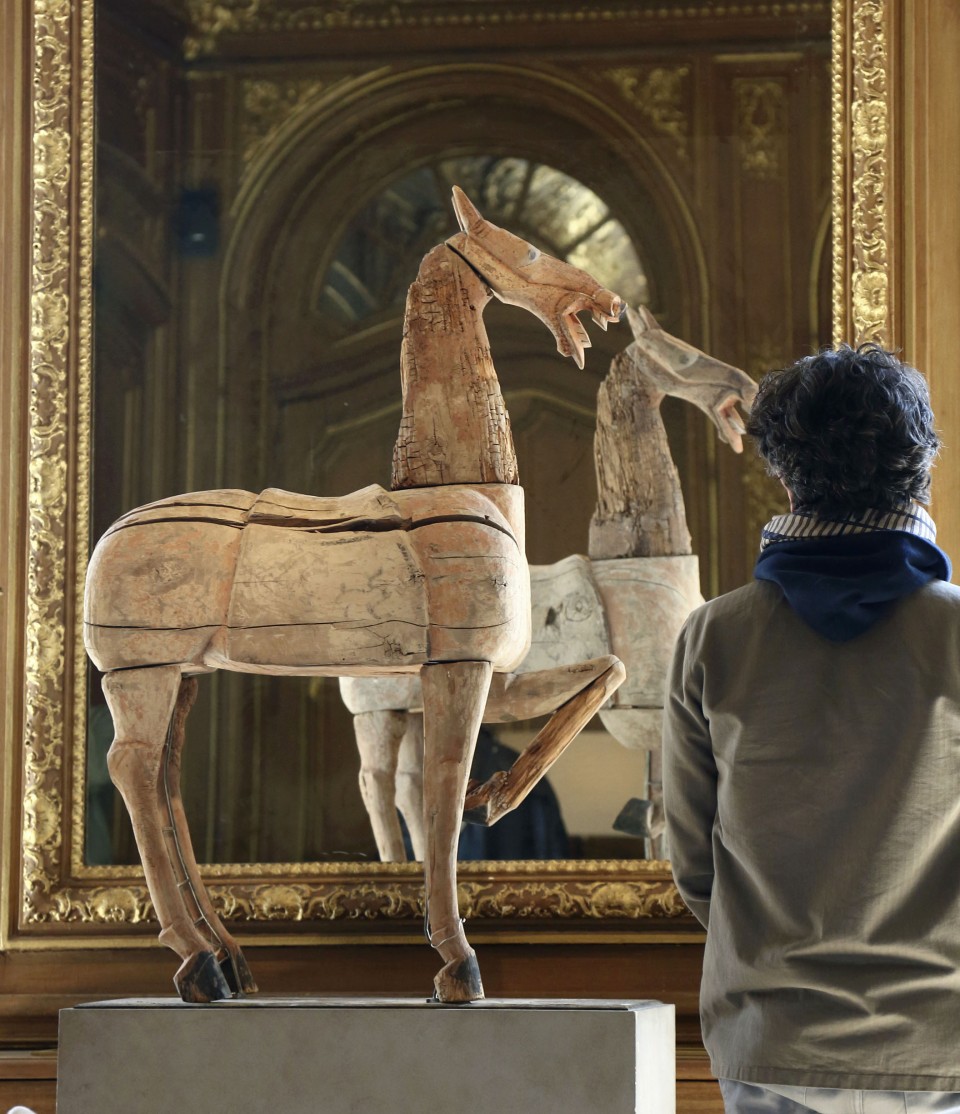 Photo shows a wooden horse dating from China's Han dynasty among items from the late Kenzo Takada's home auctioned by Artcurial and displayed in Paris, France, on May 7, 2021. (Kyodo)

Among those fetching the highest prices were a some 2,000-year-old wooden horse dating from China's Han dynasty and a set of works by American photographer William Eggleston, going under the hammer for around 32,000 euros ($38,000) and 36,000 euros respectively.

The international icon who founded the Kenzo brand died last October at the age of 81 after contracting the novel coronavirus in France.

Among other items, his self-portrait in a Noh costume was bought for around 24,000 euros at the more-than-seven-hour auction by Artcurial.

The collection of items from the apartment in the Saint-Germain district where he spent his late years also included a large chandelier that hung from a living room, a sofa and his own tableware creations such as glasses and porcelain.

An online auction of some 130 original wardrobe creations lasts until Wednesday.