The Organization for Economic Cooperation and Development on Monday upgraded its forecast for global economic growth this year but cut its projection for Japan, citing a resurgence of coronavirus infections and its slow vaccine rollout.

The world's gross domestic product is projected to grow 5.8 percent in 2021, up from 5.6 percent previously forecast in March, with progress in vaccinations and governments' fiscal spending expected to underpin the economic recovery, the Paris-based club of 38 mostly wealthy nations said in its latest economic outlook. 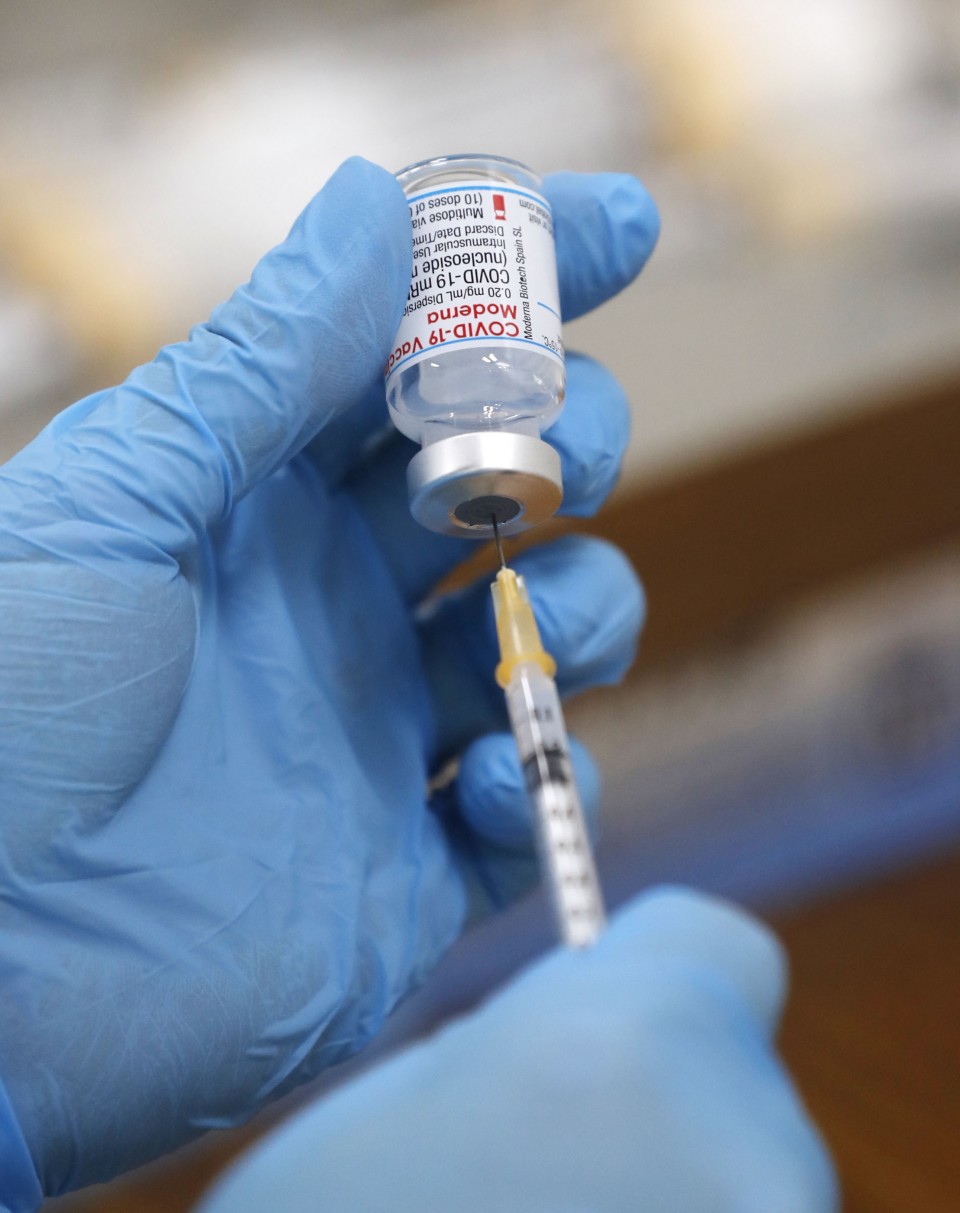 A syringe is being filled with COVID-19 vaccine. (Kyodo)

"In the advanced economies, the progressive rollout of an effective vaccine has begun to allow more contact-intensive activities -- held back by measures to contain infections -- to reopen gradually," the outlook report said.

Additional fiscal stimulus this year is also helping to boost demand in these economies, it said, but warned growth in many emerging economies is likely to be held down for some time due to slow vaccination rollouts, infection outbreaks and steps to contain them.

Meanwhile, the projection for Japan's growth was downgraded to 2.6 percent from the previous estimate of 2.7 percent, as the reintroduction of containment measures early this year has dented near-term prospects, the OECD said.

Japan's latest emergency steps introduced in April, which include ordering restaurants to shorten their opening hours and stop serving alcohol beverages, "appear to have been insufficient to stop the spread of new variants," it said.

It also pointed to slow progress in Japan's vaccination campaign compared with other OECD nations.

"Success in reducing transmission and progress in vaccination may allow a stronger recovery, whereas continued infections would hold back any recovery and may disrupt the Olympic and Paralympic games (in Tokyo this summer), causing further damage to the economy," it warned.

Facing a fourth wave of virus infections, the Japanese capital has been under the government's third state of emergency since late April. The measure, along with virus emergencies in other populous prefectures such as Osaka in western Japan, is now scheduled to end on June 20.

A University of Oxford tally as of Saturday showed that Japan, which began inoculating in mid-February, has administered at least one shot to 6.4 percent of its population, lower than the world average of 10.6 percent.

The organization raised its estimates for other major advanced economies including the eurozone economy, Britain and Canada. The United States is forecast to grow 6.9 percent, revised upward from a previously projected 6.5 percent expansion, supported by "policy stimulus and rapid progress with vaccinations."

Growth in China is predicted at 8.5 percent, up from 7.8 percent in the previous outlook, as the OECD said its output has "already caught up" with the path expected before the pandemic. Growth in India is estimated at 9.9 percent, down sharply from 12.6 percent, due to the rapid virus resurgence there this year.

The OECD said that while prospects for the global economy have become brighter, the progress is "to a different extent across economies." Insufficient vaccines reaching emerging economies poses "a fundamental threat" to them, it noted.

"More broadly, as long as the vast majority of the global population is not vaccinated, all of us remain vulnerable to the emergence of new variants. Confidence could be seriously eroded by further lockdowns, and a stop-and-go of economic activities," the report said.

For 2022, the OECD predicts a 4.4 percent expansion in the global economy, revising upward from the previous forecast of 4.0 percent advance.