With about 100 days to go to the Tokyo Paralympic Games, para archery athlete Aiko Okazaki is ready to challenge for gold but admits the year since the event was postponed has not been easy.

The 35-year-old said in a recent online interview with Kyodo News that the decision in March last year to delay the Olympics and Paralympics as the coronavirus spread in Japan came as a "real shock" since she had just won gold at the world-ranking tournament in Dubai the preceding month and felt that momentum was with her. 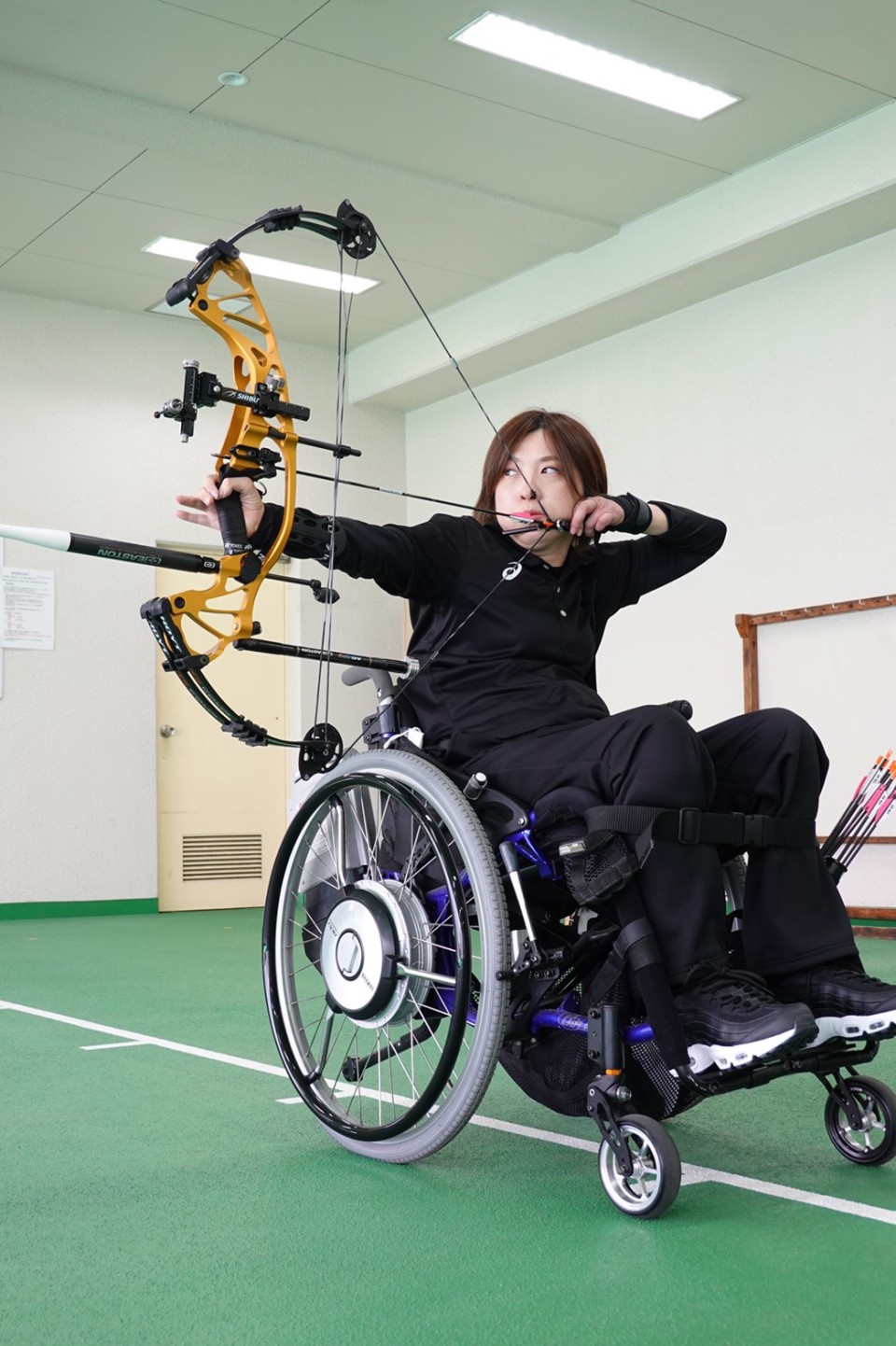 "Honestly, I felt the one-year postponement was awfully long, as I was starting to achieve results and wanted to go with the flow," she said.

Along with delay came the loss of access to archery ranges under restrictions imposed in response to the pandemic. For several months, Okazaki was forced to practice using a close-range target that she set up at her own home and to concentrate on physical exercises.

The next problem was how to pace herself to ensure she would be ready to peak again in one year's time.

"I tried to create a rhythm," she explained. She practiced hard last summer to be ready for the conditions when the event finally takes place but took a rest in the autumn.

She is now training to crest in three months' time. "My goal remains to stand on the podium and win gold medals if I can," she said.

Okazaki is paralyzed in her upper and lower body as a result of spinal cord damage she suffered in one of Japan's worst transport disasters -- a deadly train derailment accident in 2005 in the western prefecture of Hyogo that left 107 people dead and injured a further 562.

After undergoing rehabilitation, she was left needing a wheelchair to get around and lacked strength in her hands to grip objects.

Since starting para archery in 2013, she has worked hard to make the necessary physical adjustments and find the right equipment to play the sport as she has limited use of the muscles in her abdomen and back.

It took her three years to establish her own way of drawing a compound bow, which requires less strength than a recurve bow.

In the Paralympics slated to start Aug. 24, Okazaki will compete in both the individual and mixed team matches in the "W1" class for para athletes who have limited function in both lower and upper limbs and compete from a wheelchair.

Meanwhile, the pandemic was not the only misfortune she had to face.

In December last year, she was hospitalized for about one month to remove her gallbladder because of gallstones.

While in hospital, she worked to maintain her physical strength using a rubber tube and dumbbells when she had time and felt well, she said.

Furthermore, in February this year, her partner in the mixed team event, Yoshitsugu Naka, died at the age of 60. Naka and Okazaki were both selected to compete in the Paralympics after winning a bronze medal together at the world championships in the Netherlands in June 2019.

"Mr. Naka was an experienced player, so his presence was significant. He was both my rival and friend who taught me many things," Okazaki said. "I really counted on him."

"I'd like to play with a feeling that I am still competing with Mr. Naka," she said. 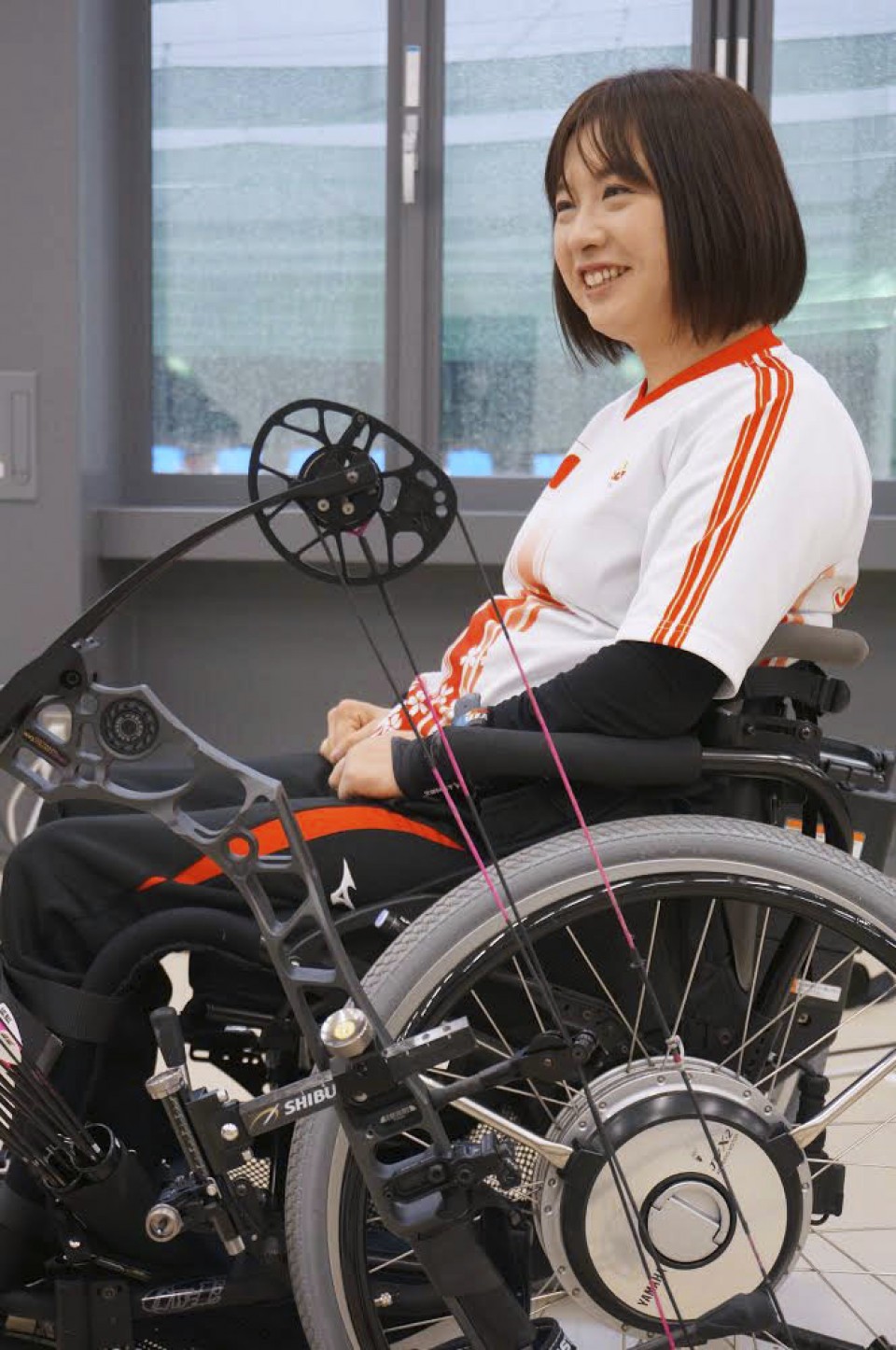 Photo taken on Nov. 22, 2019 at an archery range in Tokyo shows para archery athlete Aiko Okazaki who will compete in the Tokyo Paralympic Games in August. (Photo courtesy of Japan Para Archery Federation)(Kyodo)

As she prepares for the games in the midst of the pandemic, she admits to "mixed feelings" over whether the Paralympics should go ahead this time, with no signs of infections abating in Japan and media polls showing a majority of Japanese people are not in favor of hosting the games this summer.

"As an athlete, we can't control whether or not we hold the games so I am just working hard to engage in practice and just believe the games will really be held," she said.

But knowing that the sort of surgery she had last December is now often being postponed, she imagines that if she was currently a patient in need of an operation, she might be calling for organizers to shelve the event once more.

Nevertheless, the past year has not only been filled with bad things for Okazaki: it has also given her an opportunity to further improve her skills.

"After I changed my bow, my precision has been enhanced and I am able to strike the bullseye more," Okazaki said.

Looking back at the 16 years since the derailment accident, she said her life has been "generally fun."

"As I'm basically doing what I've decided to do, there is no room for me to feel bad and I'm enjoying my life instead," she said.