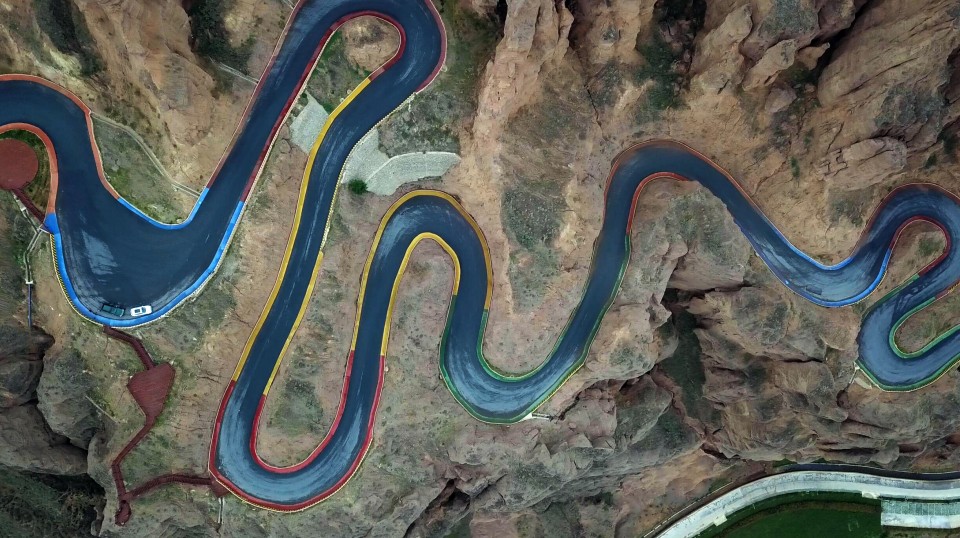 An aerial view of the mountain road leading to the Yellow River Stone Forest national geological park in Baiyin, Gansu Province of China.(VCG/Getty/Kyodo)

From the afternoon, freezing rain lashed the area of the race's high altitude stage, between 2,000 and 3,100 meters, and participants suffered from physical discomfort and the sudden drop in temperature, the official Xinhua News Agency reported.

The race, hosted by the Baiyin government, was halted as some of the 172 participants went missing, the news agency said, adding that many had joined the race wearing only light clothing.

Local authorities organized more than 1,200 rescuers to search for the missing runners, but the low temperatures during the night hampered their efforts, according to Xinhua.

It later reported that 151 participants were confirmed safe.