A bill to amend the national referendum law on revision of the Constitution is likely to pass parliament by the end of the current session through mid-June, as the pro-revision ruling party agreed Thursday to accept the opposition force's request to tweak it.

The debate over the bill, which will facilitate voting in a referendum on revision of the supreme law by setting conditions similar to those of national elections, had been stalled for around three years with the main opposition party calling for restrictions on campaign advertising and finance. 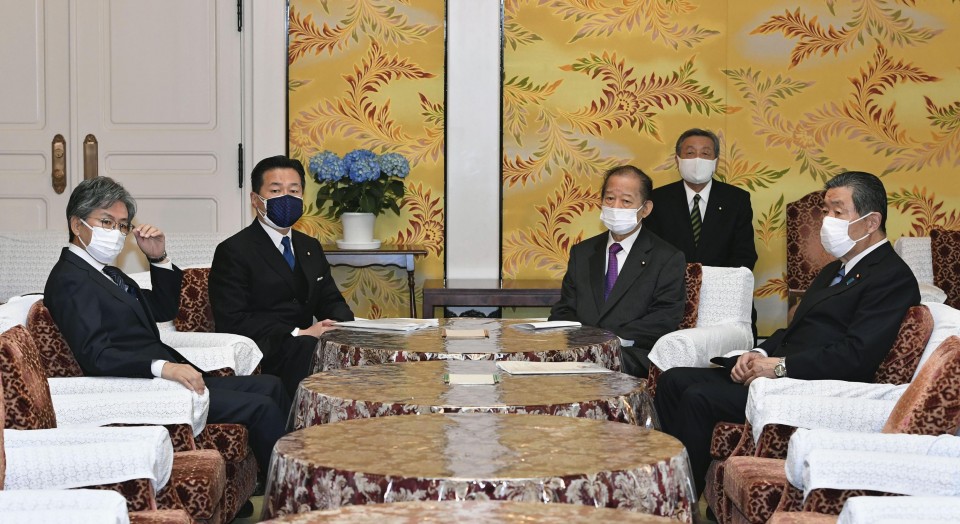 Japan's pacifist Constitution, which took effect in 1947, has never been amended. Any proposed revision needs to be approved by a two-thirds majority in both Diet chambers before the proposal can be put to a national referendum.

The bill, which was approved Thursday at the House of Representatives' Commission on the Constitution, is expected to be endorsed by the lower house plenary session next Tuesday and sent to the House of Councillors, according to lawmakers.

The ruling Liberal Democratic Party, which aims to rewrite the supreme law, submitted the bill to amend the referendum law in June 2018 under former Prime Minister Shinzo Abe, along with its junior coalition partner Komeito and two smaller parties.

But the main opposition Constitutional Democratic Party of Japan has opposed the bill, which includes steps to improve access to polling places by installing them at railway stations and commercial facilities, citing the need to restrict TV, radio and online commercials on the issue.

The CDPJ has argued without the restrictions, voting would be influenced by campaigners' funds and could not ensure fairness.

The LDP has decided to accept the CDPJ's request to add a clause that says legislative measures on the restrictions will be taken within three years after the revised law comes into force, in exchange for its cooperation to pass the bill.

Without an accord between the ruling and opposition parties, it was highly likely that the bill would be scrapped as the lower house is set to be dissolved by this fall, when its members' four-year term expires.

The issue of revising the Constitution has drawn public attention amid growing calls for the government to better deal with the novel coronavirus.

A Kyodo News survey released ahead of Constitution Memorial Day on Monday showed 57 percent of the respondents believe Japan needs to amend its Constitution to introduce an emergency clause to give more power to the Cabinet and limit private rights, eclipsing the 42 percent who said such a stipulation is not necessary.

Public worries over the prolonged fight against COVID-19 are believed to have fanned calls for stronger anti-virus measures with the introduction of an emergency clause as the current government steps appear to lack teeth.

For example, Japan's state of emergency over the virus does not entail a hard lockdown of the kind some other countries have imposed and largely relies on the cooperation of the public and businesses.

As for whether to revise the war-renouncing Article 9 of the Constitution, one of the most contentious issues in the amendment debate of the supreme law, 51 percent saw the need to change it, while 45 percent said such a revision is not necessary.

Abe, who led the country for nearly eight years through last September, was specifically aiming to add a reference to the Self-Defense Forces in a revised Constitution in order to end decades of debate over their constitutionality.