Though a Japanese athlete has yet to withdraw from the Tokyo Olympics due to coronavirus concerns, more are weighing in on the risks and potential downsides of a decision to move forward with holding the Summer Games during the pandemic.

With exactly two months to go until the July 23 opening ceremony, Tokyo is under a third coronavirus state of emergency, but organizers continue to say they are still not considering canceling the Olympics.

Already postponed for a year, the Tokyo Games will be very different to anything seen before with fans and volunteers from outside Japan barred from attending the event. North Korea is the first country to publicly state plans to skip the event. 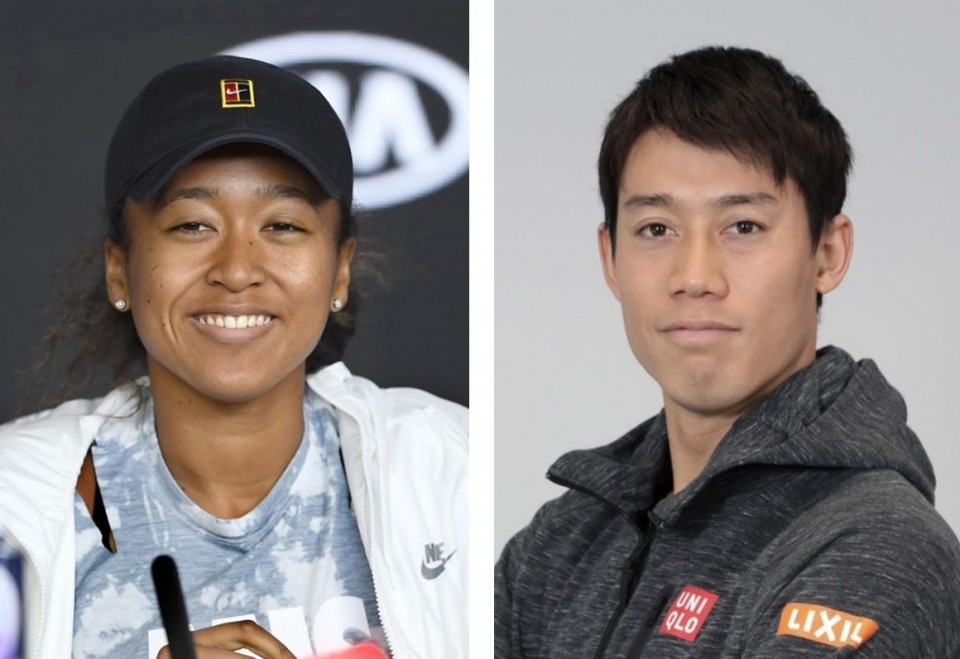 A decision on how many home fans can attend is due to be taken next month, but two of the highest-profile Japanese athletes, tennis players Naomi Osaka and Kei Nishikori, have both expressed concern about staging the Olympics in Tokyo when COVID-19 cases are surging.

"Of course I want the Olympics to happen, but I think there's so much important stuff going on...At the end of the day, I'm just an athlete, and there is a whole pandemic going on," Osaka said earlier in May.

Japan is preparing to offer COVID-19 vaccinations to around 2,500 Olympic and Paralympic athletes and staff using donated shots. But the general rollout has been slow in Japan, and only 3 percent of the country's 126 million population is fully vaccinated.

Athletes are facing a dilemma of wanting the Olympic experience while also recognizing the risk.

While Osaka revealed that she has been vaccinated against COVID-19, Japanese 2021 Masters golf champion Hideki Matsuyama, who opted out of the 2016 Rio Games due to fears over the Zika virus, said he has not been told when he will get his shots.

"The situation in Japan is not good. If we think about health care workers, it should probably be canceled," Matsuyama said. 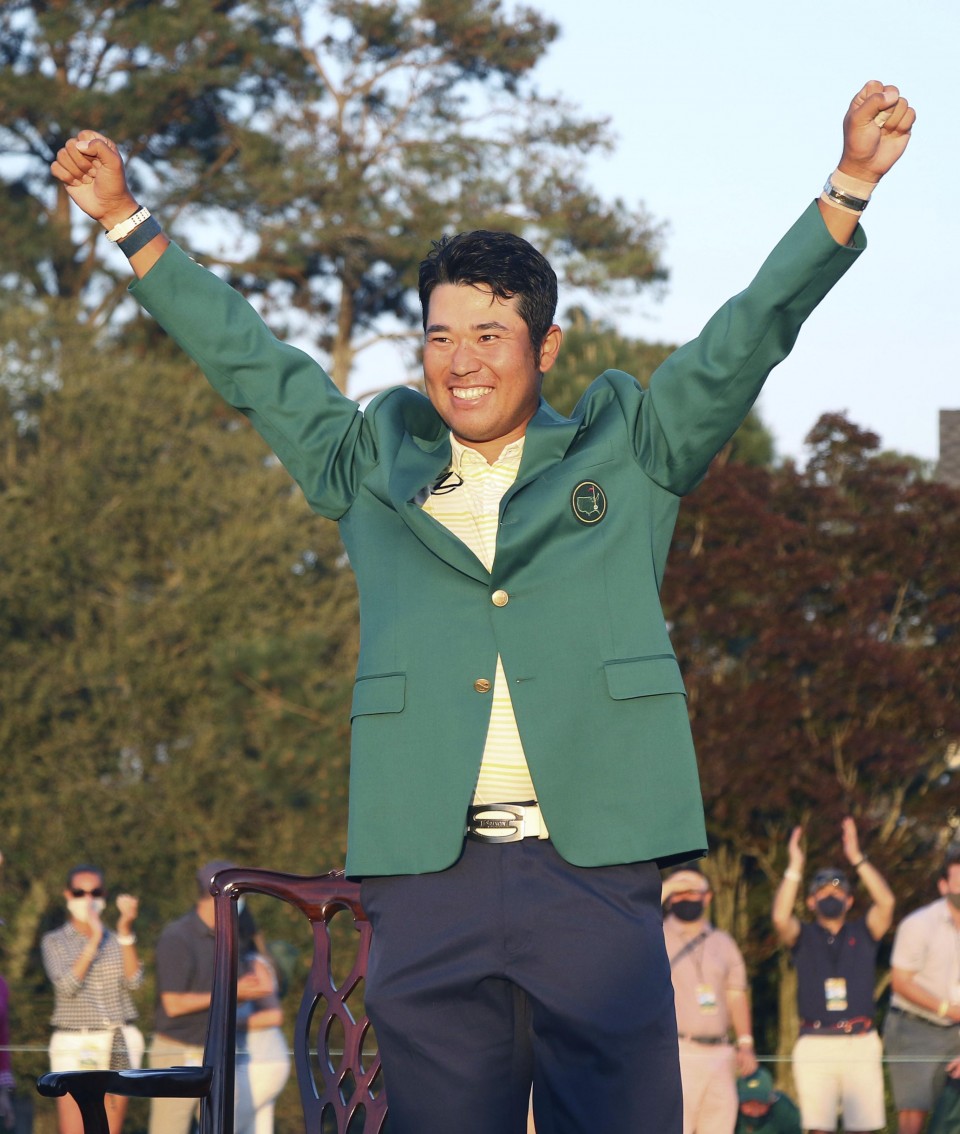 Still, Osaka, Nishikori and Matsuyama stopped short of saying they would not take part. Osaka is slated to make her Olympics debut if and when the games kick off in July.

Tennis stars Rafael Nadal and Serena Williams have said they are still undecided about participating.

In golf, world No. 1 Dustin Johnson has confirmed he will not play in the Tokyo Olympics, and Australia's Adam Scott and New Zealand's Danny Lee have also decided to skip it.

Of the 528 Japanese "host towns" registered as of April, dozens have ditched plans to take in Olympic athletes and support staff ahead of the games for training and cultural exchange programs, according to a government source.

Public support for the Summer Olympics in the host nation has cratered, with a Kyodo News poll in mid-May showing approximately 60 percent of respondents in favor of cancellation, but such calls have been met with resistance from organizers, who also reject the idea of another postponement.

Seiko Hashimoto, president of the Tokyo 2020 organizing committee, said last month there is "no change to the government position to do everything to achieve safe and secure Olympics."

Hashimoto, a former Olympic cyclist and speed skater, later said she is uncomfortable with the position athletes have been put in.

"I personally can't stand that the criticism and calls to cancel or boycott the Olympics are being aimed at the athletes themselves," Hashimoto said. 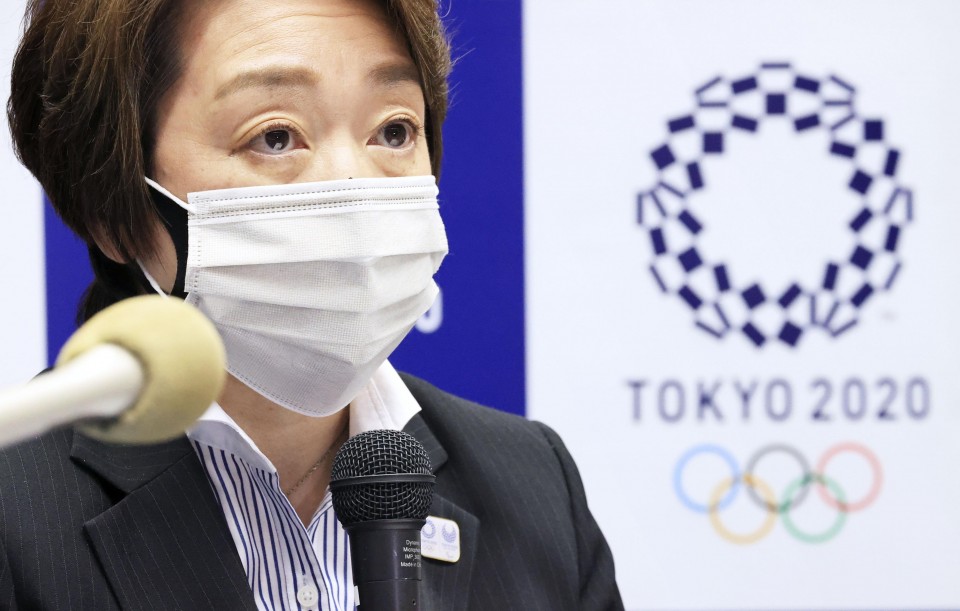 Seiko Hashimoto, president of the Tokyo Olympic and Paralympic organizing committee, attends a press conference in Tokyo on May 7, 2021. (Kyodo) ==Kyodo

Her remarks come less than a week after Japanese swimmer Rikako Ikee, who qualified for the Olympics after overcoming leukemia last year, tweeted that she has received messages asking her to pull out or speak against the games.

Ikee said it is not fair to put pressure on the athletes to weigh in publically on the decision of whether or not to hold the games, and remained adamant that she would compete if the event is held.

Earlier this month, International Olympic Committee chief Thomas Bach canceled a trip to Japan "based on various situations including the extension of a virus state of emergency."

On Thursday, the IOC said he may reschedule for June but has committed to arriving in Japan for the games 11 days before the opening ceremony.

Despite the public misgivings in Japan, the still-raging infection numbers and the slow rollout of vaccines, it remains full steam ahead for the IOC with Vice President John Coates saying in a letter to stakeholders Thursday, "We have an obligation...to all of those involved, to do our utmost to make these games safe and secure, so that (they)...can indeed be the light at the end of the tunnel."