Shohei Ohtani struck out 10 on the mound, singled at the plate and played right field in the Los Angeles Angels' 5-1 loss to the Houston Astros on Tuesday night.

Ohtani, who batted second in the order and finished 1-for-4 with two strikeouts, threw seven strong innings then was moved to the outfield at Minute Maid Park, only the second time in his MLB career he has played a defensive position other than pitcher. 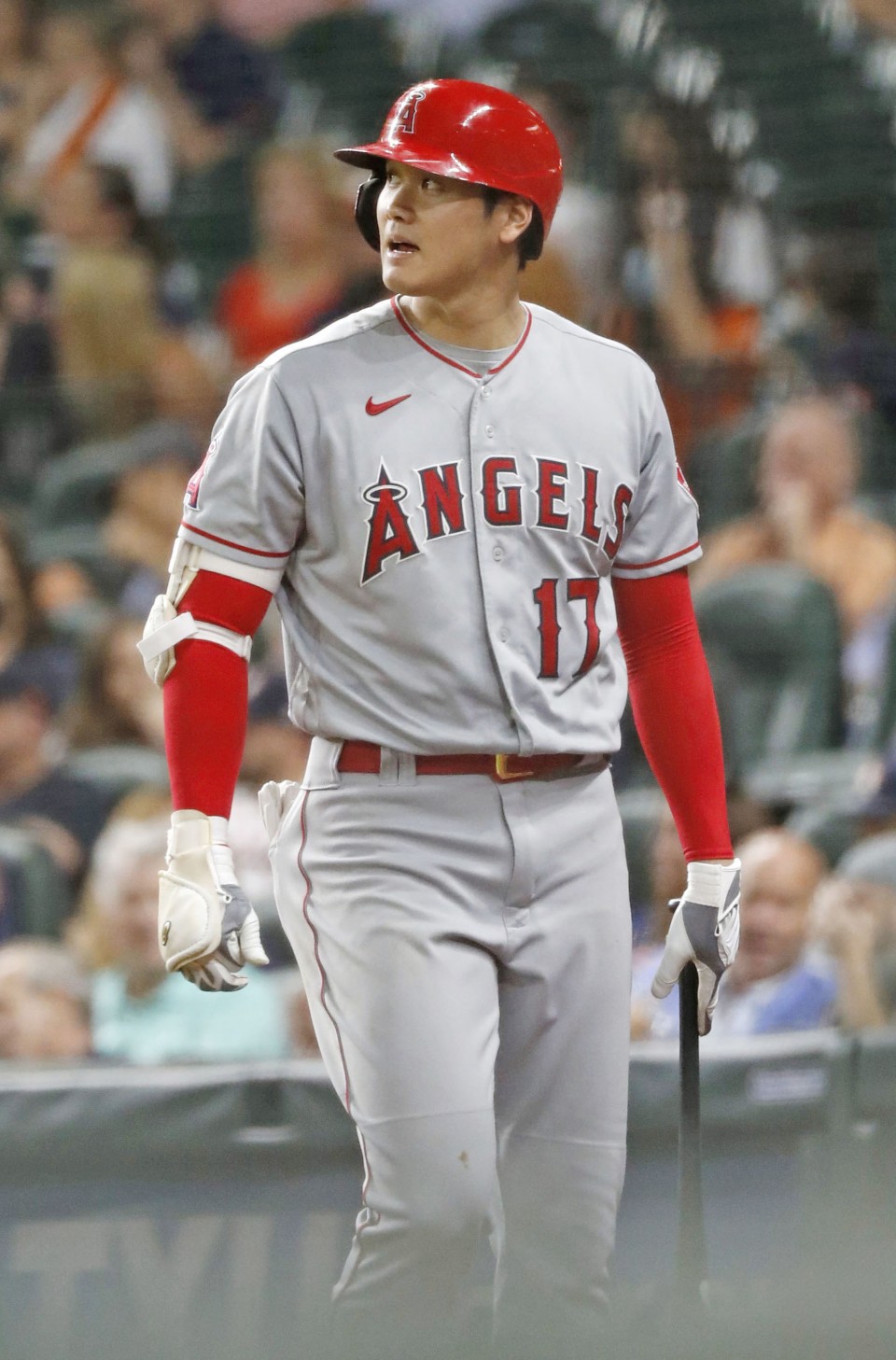 Shohei Ohtani of the Los Angeles Angels walks to the dugout after being called out on strikes in the ninth inning of the game against the Houston Astros at Minute Maid Park in Houston, Texas, on May 11, 2021. The two-way player also made a pitching start in the game. (Kyodo) ==Kyodo

The 26-year-old Japanese started against Lance McCullers Jr. in what turned out to be a pitchers' duel, but he received little offensive support and was let down by the Angels bullpen. He got one of the only three hits by his team.

"That's the best I've seen him throw," Astros manager Dusty Baker said of Ohtani. "He's some athlete, to do that and then go play right field and get a hit, too. It was very important for us to keep the game close."

The only damage done to Ohtani was a fifth-inning solo homer by Kyle Tucker.

Ohtani allowed just four hits, one walk and one run. The Angels trailed 1-0 when he was lifted as a pitcher, but relievers Aaron Slegers (2-1) and Alex Claudio ended up blowing the game by giving up four runs in the eighth inning.

McCullers (3-1) threw eight innings, limiting the damage to one run on three hits while walking two and striking out nine to get the win. He threw 64 of 96 pitches for strikes, and Ohtani threw 62 of 88 for strikes.

At Guaranteed Rate Field in Chicago, Kenta Maeda gave up three runs on four hits, including a game-tying, three-run homer, in five innings of work but he did not figure in the decision in the Minnesota Twins' 9-3 defeat to the Chicago White Sox.

Jose Abreu hit a two-run homer off Twins reliever Jorge Alcala (0-1) to break a 3-3 tie in the sixth and the White Sox scored two more runs in both the seventh and eighth innings.

At Dodger Stadium in Los Angeles, Yusei Kikuchi was forced to settle for a no-decision as the Seattle Mariners wasted a solid outing by the third-year lefty, failing to protect an early lead and losing 6-4 to the Los Angeles Dodgers.

Kikuchi pitched 6-1/3 innings, allowing three runs on six hits with one walk and a career-high 11 strikeouts. But with two outs in the eighth inning and Seattle clinging to a 4-3 lead, Rafael Montero (3-2) served up a three-run homer to Gavin Lux.