Los Angeles Angels two-way star Shohei Ohtani hit his 10th home run of 2021 and reached double-digit homers in a single season in the majors for the third time as his team took an 8-3 loss to the Tampa Bay Rays on Thursday.

A day after he threw five-plus innings of one-hit ball in a start that was delayed by two days because of a sore right elbow, Ohtani performed at the plate, pushing the Angels' lead to 3-0 with a two-run homer off Josh Fleming (2-3) in the third at Angel Stadium.

Los Angeles starter Andrew Heaney threw 6-2/3 scoreless innings, but three relievers gave up eight runs over two innings. Mike Mayers (1-2) blew the save opportunity and took the loss after he gave up three of four runs, including the game-tying score, in the eighth.

Ohtani, who is 1-0 with a 2.41 ERA in four starts, is seeking to become the first MLB player since Babe Ruth in 1918 to achieve a season of double-digit wins as a pitcher and homers as a batter. He has already done it twice in Japan, in 2014 and 2016. 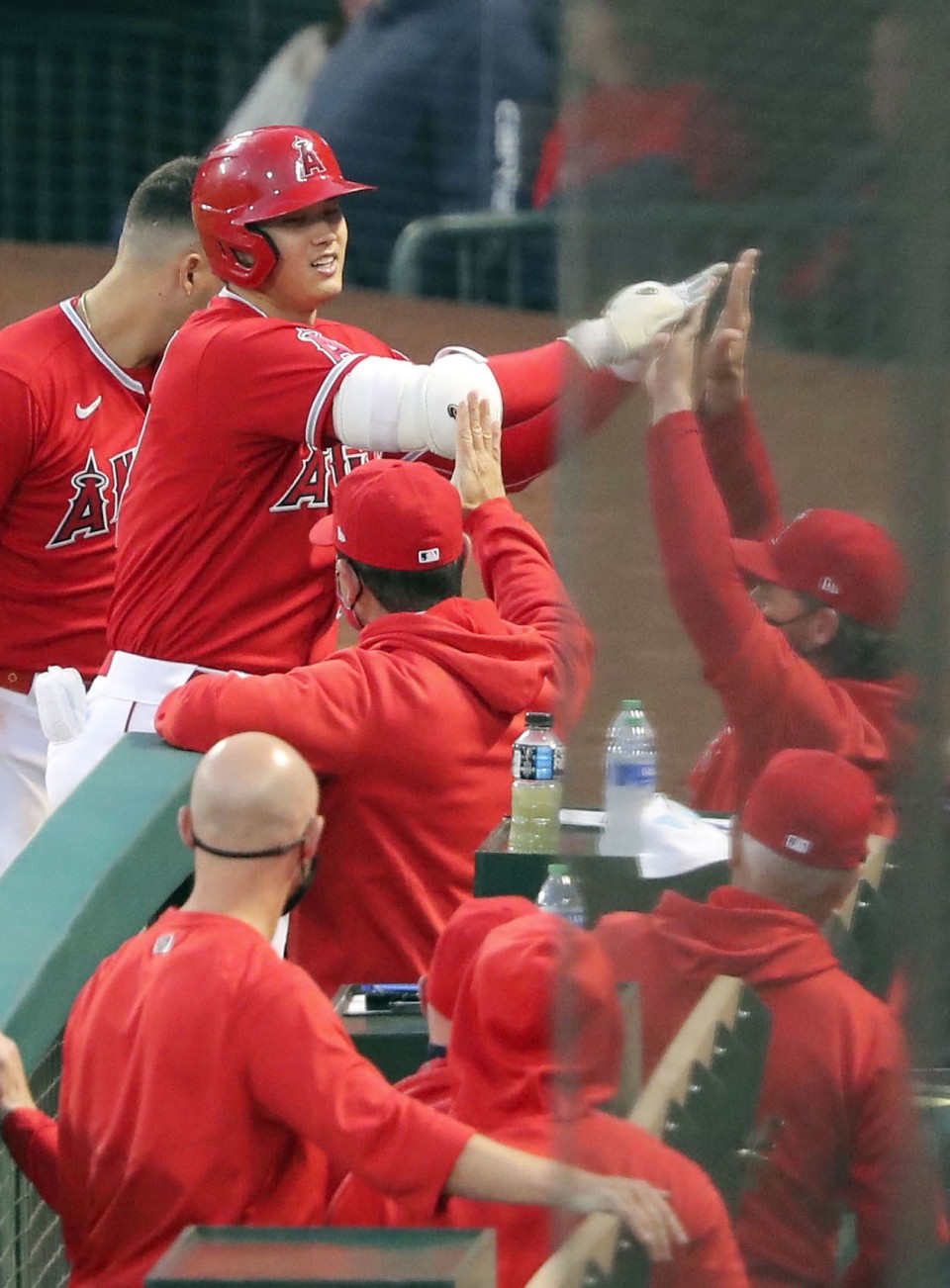 Shohei Ohtani is congratulated by Los Angeles Angels teammates after hitting a two-run home run in the third inning against the Tampa Bay Rays at Angel Stadium in Anaheim, California, on May 6, 2021, his 10th homer of the season. (Kyodo) ==Kyodo

Ohtani hit home run No. 10 in his 28th game as a batter, compared to his 44th game in 2019, with Thursday's homer improving his own record for the fastest Japanese to reach the mark.

He is now tied for the major league lead in homers on the season.

Ohtani hit 22 homers in his American League Rookie of the Year Award season in 2018 and 18 homers in 2019, when he served as the Angels' designated hitter while healing from elbow surgery. He hit seven homers in the abbreviated 60-game 2020 season.

For the Rays, fellow Japanese Yoshitomo Tsutsugo went 0-for-1 after entering the game as a defensive replacement in the eighth.

Ohtani went 2-for-4 with two strikeouts as the Angels racked up their fifth loss in a row.