Over half of nurses working at coronavirus hospital wards have thought about quitting their jobs, a recent survey has found, highlighting the increasing strain on the country's medical system due to an alarming rise in the number of COVID-19 patients.

A total of 118 nurses, or 51.3 percent of the 230 respondents, said they had either "always" or "sometimes" considered leaving, citing too-high levels of stress and concerns about possible infections, a survey conducted in January and February by the Japan National Hospital Workers' Union showed. 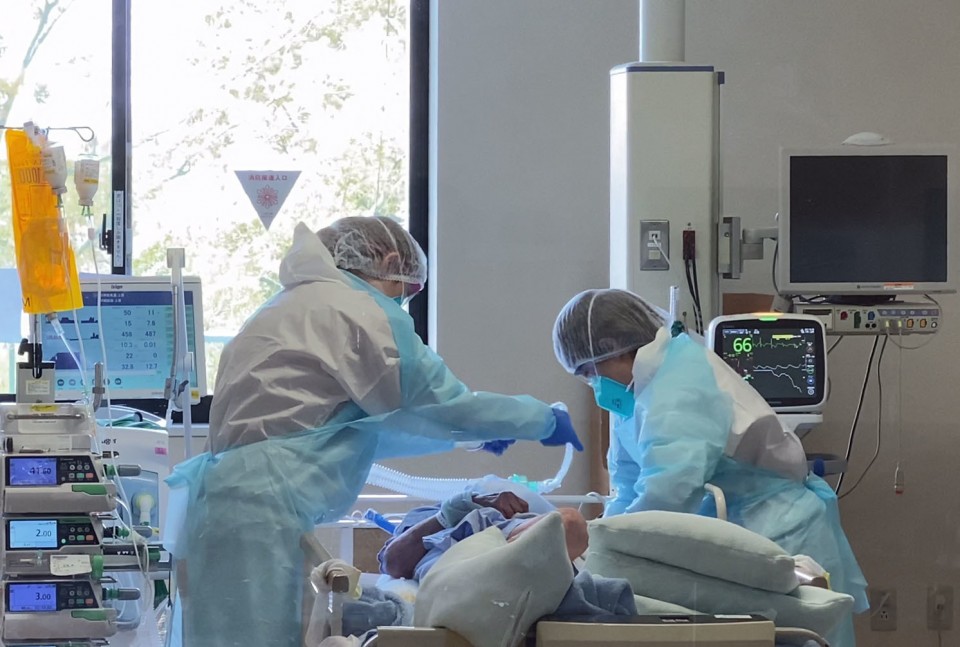 Of the respondents to the survey who are thinking about quitting, some mentioned fatigue, continued overtime and low income. One was concerned that only nurses may bear the brunt of criticism in the event of any incident.

According to the survey, 79 nurses, or 34.3 percent of the respondents, said they had experienced discrimination and harassment due to their work in treating COVID-19 patients at hospitals, with one saying a "family member was told to telework because I am a nurse."

The survey also found that 128 nurses, or 55.7 percent, had experienced irregularities in their physical or psychological conditions such as being "stressed and tired all the time" and "dehydrated from wearing protective gear against the virus."

As the country grapples with a fourth wave of infections triggered by highly contagious variants of the virus, hospitals across Japan have been witnessing a high bed occupancy rate for COVID-19 patients with severe symptoms.

On top of treating the patients, nurses are also required to inoculate elderly people against the coronavirus.

All the governors of Japan's 47 prefectures said in an online meeting last Monday that they lacked medical staff for the country's vaccination program, posing a challenge to achieving the target of Prime Minister Yoshihide Suga's government of completing vaccinations of the elderly by the end of July.