The old adage that within every adversity lies an opportunity has rung true this past year for prominent athletes preparing for the upcoming Tokyo Paralympics.

With less than three months left before the Paralympics officially open, however, disabled athletes in Japan and overseas are trying to stay focused and keep training for what they see as a chance to display their strength and tenacity to a worldwide audience. 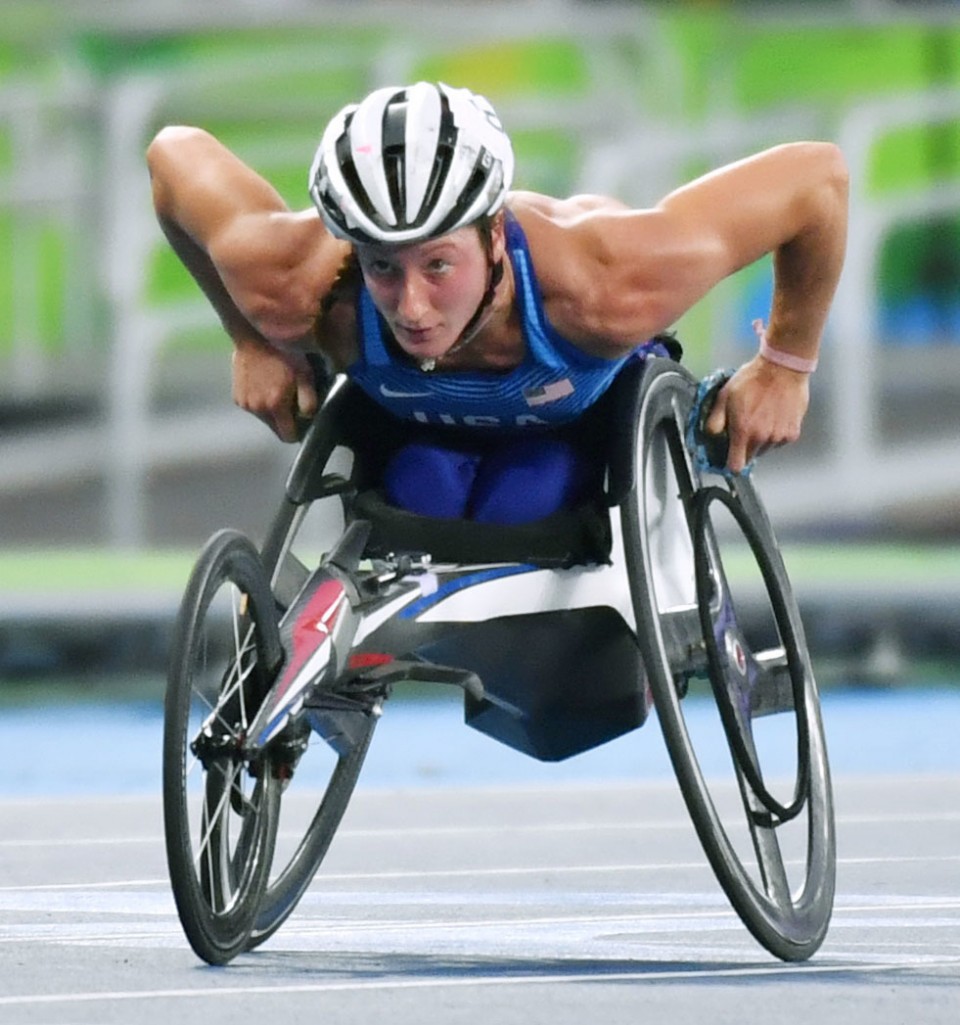 "I really used this time just to focus on training and just to focus on my health. And I think I'm coming out of this a lot stronger and a lot healthier and more prepared," said American Tatyana McFadden, arguably the world's best female wheelchair racer of all time who has won 17 medals -- seven golds -- in summer and winter Paralympics.

Away from her family, McFadden, 32, has been training in Tallahassee, Florida, as part of efforts to adjust to the expected heat and humidity of Tokyo's summer.

In addition to its numerous other challenges, the pandemic created a logistical obstacle for McFadden. The replacement for her broken racing chair frame was stuck in Japan for six months due to international shipping restrictions.

McFadden's salvation came in the form of the U.S. figure skating team, which returned from the ISU World Team Trophy in Japan with silver medals and her new carbon racing frame.

She posted a photo on Instagram, with the message: "When we say we are one team we are really one team."

The United States, the country hardest-hit by cumulative coronavirus infections and deaths, has moved closer to lifting all restrictions on business and gatherings amid the progress of its vaccination campaign and recent decreases of COVID-19 cases and deaths.

Over 62 percent of U.S. adults have received at least one vaccination shot so far, according to data provided by the Centers for Disease Control and Prevention.

"I will be stronger than ever competing in Tokyo," McFadden told reporters online, as she aims for multiple medals in the marathon and track events at the upcoming games.

On the other side of the Atlantic, German wheelchair basketballer Mareike Miller has been working on her game in the hope of a third consecutive Paralympic medal, noting how much more she has trained for her team sport on her own this time. 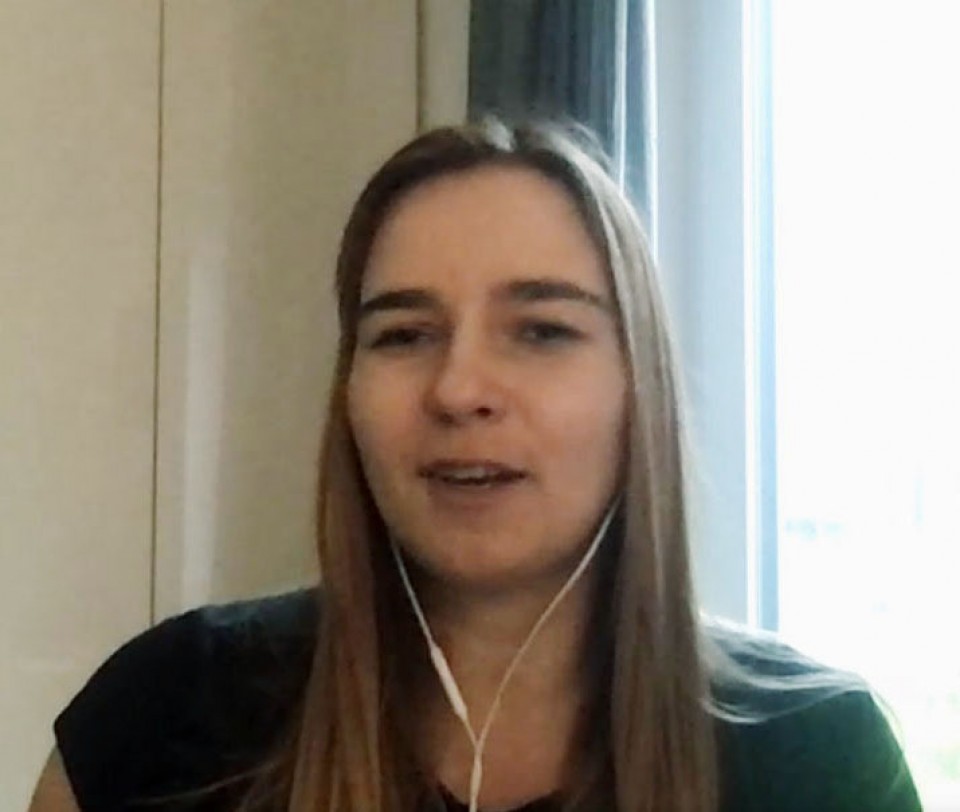 She is thankful, however, that the games were postponed because effective preventive measures might not have been in place a year ago.

"Now there has been over a year that we were able to develop, watch, study what is happening, how it's happening, and how we can create a safe environment for this game," Miller said.

As she is getting ready, Miller and other athletes have received a vital layer of protection through vaccinations.

The Japanese government is trying to accelerate its inoculation campaign by opening mass vaccination centers, among other measures, as the vaccine rollout in the country still lags behind many other developed nations.

Miller said she is happy many steps have been taken to make the upcoming games as safe as possible, though she understands the criticism and worries about holding the games in a pandemic.

Japanese swimmer Mayumi Narita, who has won 15 gold medals at five Paralympics in total, also questioned whether she should continue swimming considering the circumstances under the pandemic. 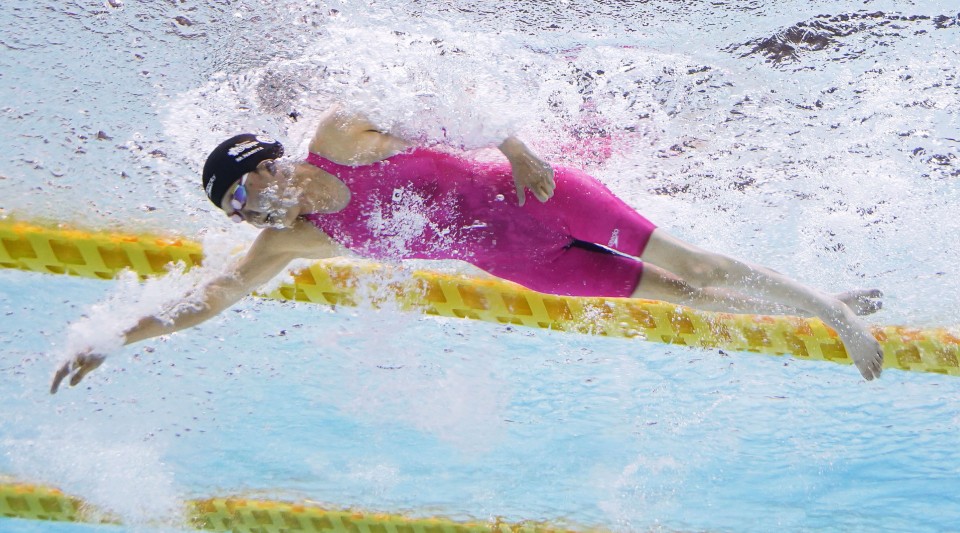 Mayumi Narita of Japan competes in the women's 50-meter freestyle final at the Japan Para Swimming Championships in Yokohama on Feb. 3, 2021. (Kyodo)

Narita' motivation declined at one point but she eventually returned to the pool.

"Swimming is the only thing I can do," said the 50-year-old veteran, who retired once after the 2008 Beijing Games but made a comeback and competed again in 2016.

Given that the pandemic has made life particularly hard for those with disabilities in need of human support, Miller said these Paralympics have added significance by demonstrating to the world how disabled athletes have made it through such a tough time.

"We can showcase the ability of people (with disabilities), and I think that's a very important message for all around the world," Miller said.