Kei Nishikori and fellow Japanese Yoshihito Nishioka were both eliminated in the second round of the men's singles at the Madrid Open, the second of three ATP Masters 1000 tournaments played on clay, on Wednesday.

Nishikori was beaten by world No. 6 Alexander Zverev 6-3, 6-2, having been unable to convert a single break point in the second set against the German. Nishioka fell to Norway's Casper Ruud 6-1, 6-2.

"A lot of my shots were going out of bounds but it was because of strategy mistakes. I don't feel like I'm leaving for Rome (for the next competition) on a bad note," Nishioka said.

Both Nishikori, currently ranked 43rd in the world, and 60th-ranked Nishioka are on the entry list for the May 9-16 Italian Open in Rome, which marks the final Masters 1000-level tune-up before the French Open. 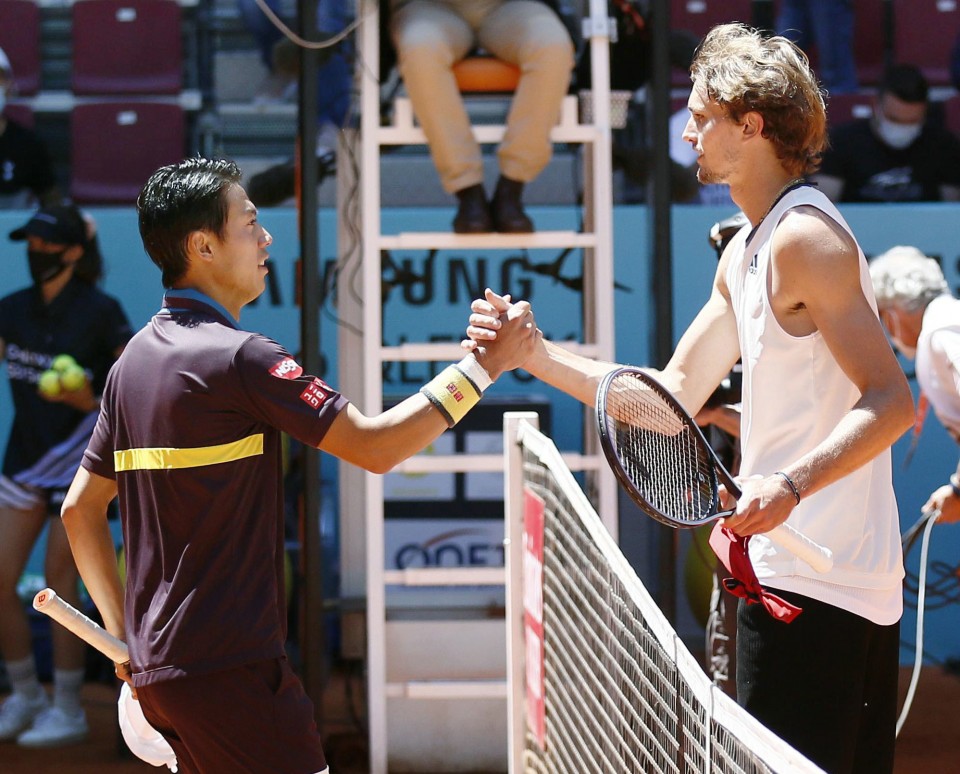 Alexander Zverev (R) of Germany shakes hands over the net with Kei Nishikori of Japan after beating him in their Madrid Open second-round match on May 5, 2021, in Madrid, Spain. (Kyodo) ==Kyodo