Japan requested U.S. to amend neutrality over Senkakus in 1970s

The Japanese government had requested the United States to amend its neutral stance regarding Japan's sovereignty of the Senkaku Islands in April 1978, but Washington rejected it, according to declassified U.S. government documents.

The documents, obtained by Kyodo News from the U.S. National Archives, also showed that the U.S. government had declined to alter its impartiality over the Japanese-controlled, Chinese-claimed islands in the East China Sea on the basis that the U.S. government's "position on Senkakus dispute had not changed since 1972" when Okinawa, including the uninhabited islets, reverted to Japan. 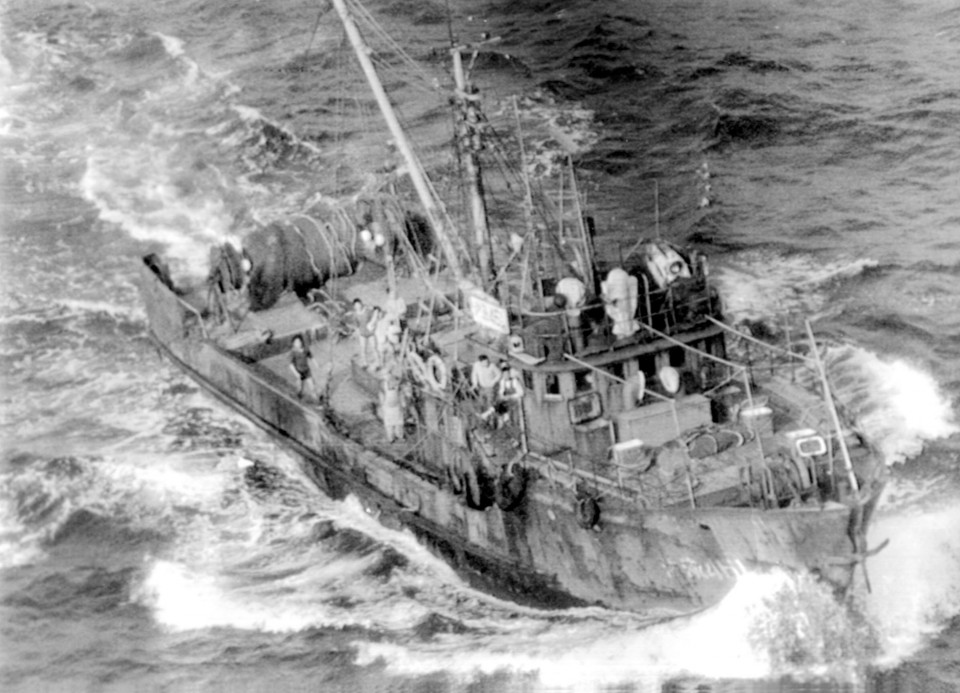 File photo taken in April 1978 shows a Chinese fishing vessel in the Japanese territorial waters around the Senkaku Islands. (Kyodo)

According to the telegrams sent from the U.S. Embassy in Japan to the State Department in 1978, then Japanese Prime Minister Takeo Fukuda told Ambassador Mike Mansfield in their meeting ahead of his U.S. visit he was surprised by the intrusion of a Chinese fishing fleet into the territorial waters around the Senkaku Islands.

Sino-Japanese relations have often been frayed by the islands, which China calls Diaoyu. Administrative rights over the Senkakus were returned by the United States to Japan in 1972.

While Article 5 of the Japan-U.S. Security Treaty states the United States will defend territories under Japan's administration from armed attack, including the Senkaku Islands, it does not touch upon the islands' sovereignty.

Meanwhile, Tatsuo Arima, then councilor of the Japanese Embassy in the United States, also requested the United States amend its position on the sovereignty of the Senkaku Islands outlined during the reversion of Okinawa.

An unresponsive U.S. stance "could call into question the U.S.-Japan mutual security treaty," Arima was quoted as telling the U.S. side.

However, the U.S. Department of State refused the appeal by noting the government's position "had been formulated with full regard for long-term U.S. needs and that it continued to meet those needs now as it had in 1971."

U.S. telegrams show that the United States prepared a statement in the event the utilization of a firing range provided by Japan as a training ground on Taisho Island, one of the Senkakus, was questioned.

Although Japan asked the United States to delete passages that implied impartiality over sovereignty issues, the request was denied.

The United States suspended the use of the firing range in June 1978 over fears it could become embroiled in a Sino-Japanese territorial dispute.

China has stepped up its claim since Japan brought the islands under state control in 2012. Japan takes the position that there exists no issue of territorial sovereignty to be resolved over the islands.