The number of COVID-19 patients with severe symptoms in Japan rose to a record 1,176, the health ministry said Tuesday, amid growing concerns over an increasing number of infections caused by highly contagious variants of the virus.

Daily infections reported by prefectural and local governments also increased, with Osaka Prefecture reporting 974 cases and a record 55 deaths from the novel coronavirus on a daily basis. 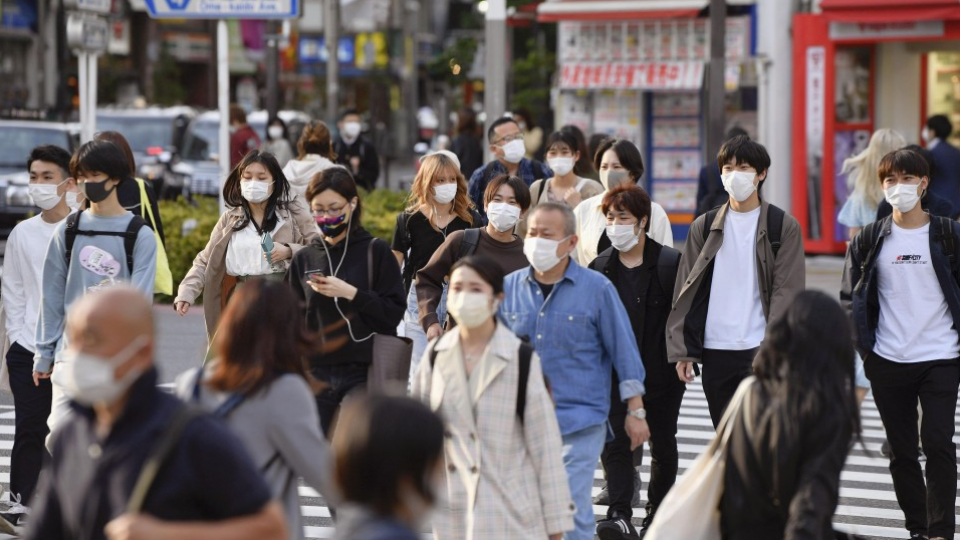 People wearing face masks walk in Tokyo's Shinjuku area on May 11, 2021, with the capital under a coronavirus state of emergency. (Kyodo) ==Kyodo

The previous record for severely ill patients nationwide was 1,152 reported on Monday.

Tokyo logged 925 new coronavirus cases, up from the 573 infections confirmed Monday, bringing the cumulative total in the capital to 148,092, the metropolitan government said.

Tokyo and Osaka are among four areas currently under Japan's third state of emergency over the pandemic in an attempt to bring down infections and ease the strain of hospitals ahead of the Olympic and Paralympic Games this summer.

Aichi and Fukuoka prefectures are slated to come under the emergency declaration from Wednesday. The National Governors' Association on Monday asked the government to consider expanding the declaration nationwide to introduce stronger measures against more contagious variants.

But Yasutoshi Nishimura, the minister in charge of the government's coronavirus response, said Tuesday the government has no plans to do so at present out of concerns over restricting private rights, adding new cases have not surged in some prefectures.

In an online meeting, the governors of all 47 prefectures also voiced disapproval that the government has been slow to implement quasi-states of emergency, to which Nishimura responded that decisions would be made "as soon as possible."

"It's important that (prefectures) implement stronger measures ahead of these decisions," he added.