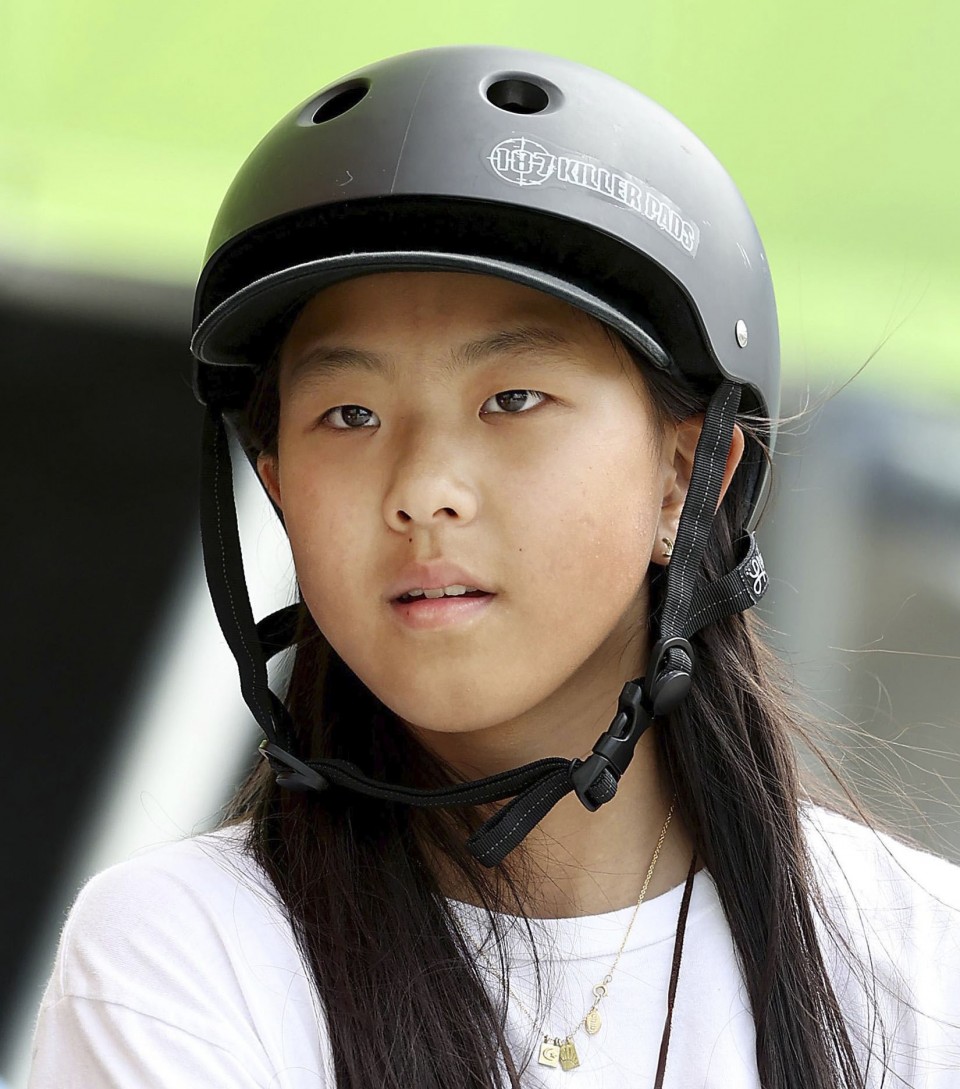 Kokona Hiraki of Japan looks on during the Women"s Park Semifinal at the Dew Tour on May 21, 2021 in Des Moines, Iowa. (Getty/Kyodo)

The Hokkaido native's latest performance lifted her to third among Japanese skateboarders in the women's Olympic qualifying ranking, which covers results of qualifiers since 2019.

"I was enjoying it just as usual. I wasn't as nervous as always," said Hiraki, who was fourth among Japanese in the qualifying ranking before providing four solid attempts on the day to book her ticket to the games.

She will head to the Olympics alongside Sakura Yosozumi, who won the event, and Misugu Okamoto, who finished third and missed out on her fifth straight win at qualifying events.

According to the Japanese Olympic Committee, the record Hiraki is set to break belongs to female swimmer Yukari Takemoto, who took part in the 1968 Mexico Olympics at the age of 13.

Hiroko Nagasaki booked her berth at the age of 11 for the 1980 Moscow Olympics also in women's swimming, but Japan boycotted the games and she did not take part.