The number of visas issued by Japan in 2020 dropped around 87 percent from a year earlier, the sharpest decline since comparable records were made available in 1999, due to pandemic-induced travel restrictions, the Foreign Ministry said Monday.

A ministry official said Japan's entry ban, toughened quarantine and testing requirements before, upon and after landing, as well as recurring waves of infections had prevented or discouraged foreign visitors from coming to the country. 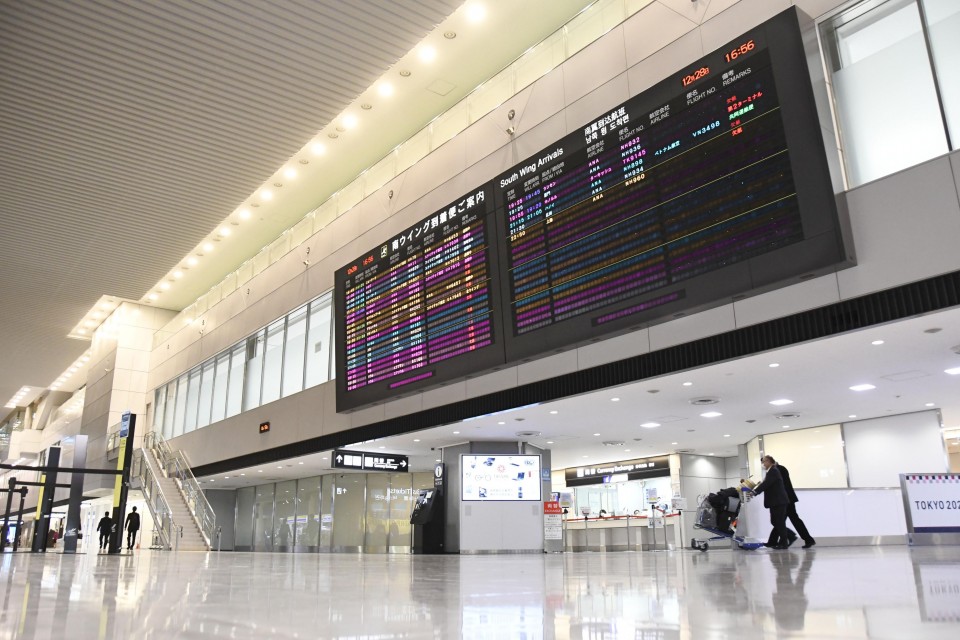 An arrival lobby at Narita airport near Tokyo is virtually empty on Dec. 28, 2020, amid the coronavirus pandemic. (Kyodo)

The spread of more contagious variants in Japan has also discouraged people from visiting, the official added.

Data released by the ministry showed Japan had issued around 1.12 million visas for last year, down from about 8.28 million in 2019.

Of all visas granted, China accounted for the most at about 59 percent, or 662,437, followed by Vietnam with approximately 119,477 visas issued, or 11 percent of the total.

The number of visas issued to visitors from the Philippines totaled 100,875, or 9 percent, while Indonesia trailed with 49,800 visas issued, or 5 percent.

Japan has, in principle, currently stopped the issuance of new visas.

Japan had seen 18 consecutive monthly declines in year-on-year numbers of international tourists until March, though they increased from about 2,900 to 10,900 in April, according to separate data from the Japan National Tourism Organization.

The year-on-year increase is apparently due to the arrival of those permitted to enter the country under "special exceptional circumstances" such as exchange students for the new academic year and partners of Japanese nationals.