Olympic torch relay to be taken off public roads in Okayama, Hyogo

The Tokyo Olympic torch relay will be taken off public roads in the western Japan prefectures of Okayama and Hyogo this month due to an increase in coronavirus infections, officials and local organizers said Monday.

The Okayama prefectural government said it is set to cancel relays on public roads for its legs on May 19 and 20 for the entire prefecture. Instead, it is in contact with the Tokyo Games organizers to hold an alternative event with no spectators, in which the torchbearers will gather at a place and pass on the Olympic flame without running. 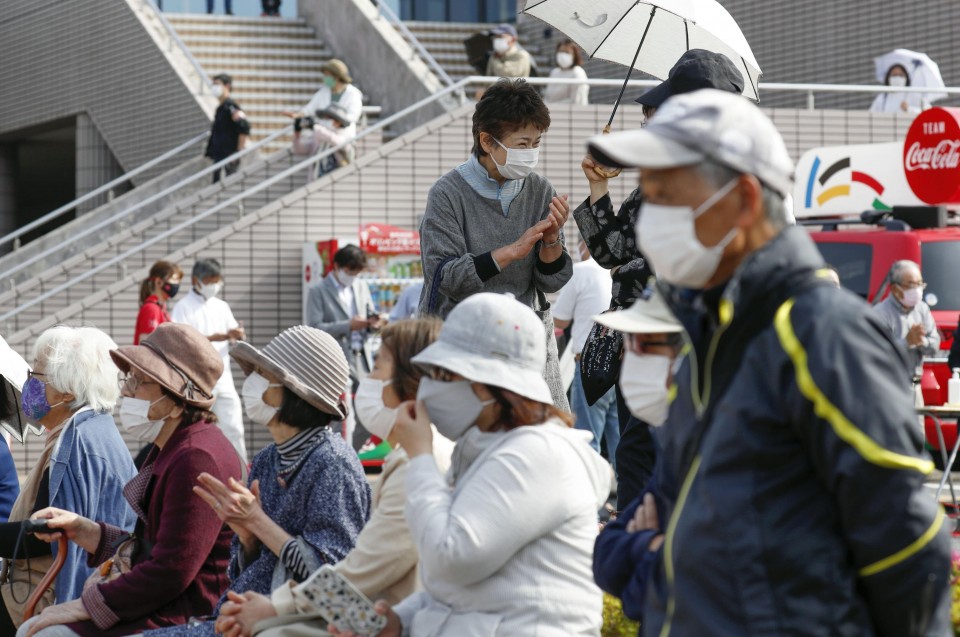 People wearing face masks wait for the arrival of the Tokyo Olympic torch relay amid the coronavirus pandemic in the Saga Prefecture town of Kiyama, southwestern Japan, on May 10, 2021. (Kyodo) ==Kyodo

Okayama will become the second prefecture where all torchbearers are not allowed to run after Fukuoka Prefecture made a similar decision last week. The torch relay in Japan started in late March.

Hyogo Prefecture's local organizers said its legs on May 23 and 24 on public roads will be canceled, but it is planning to have the 90 torchbearers on each day run around 200 meters per person inside squares at the respective destinations.

"It would be stressful to run under the current circumstances. I made preparations but it cannot be helped," said an affected runner, while others voiced frustration at the decisions made.

Shinji Morisue, the gymnastics gold medalist at the 1984 Los Angeles Olympics in the horizontal bar, is scheduled to carry the flame in Okayama.

"I don't know how the alternative plan will turn out. But I'll get myself ready," the 63-year-old said.

The relay was also rerouted from public roads in Osaka Prefecture last month, but torchbearers ran laps in an empty park instead.